Finding Your Identity Is Always About God

Jumbled thoughts on where our identity comes from. 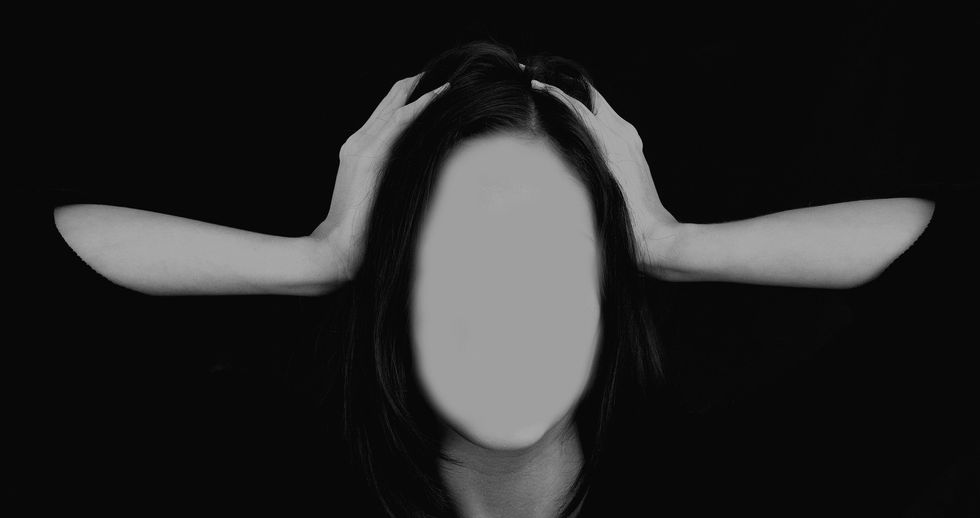 Identity. This is a very broad word and hard to define, yet it seems to be something everyone thinks about and talks about. Since I've started college, I've lost count of how many times I've heard the word identity. And it's really been making me think about my own identity and where exactly it comes from and what that means to me.

I grew up overseas as a missionary kid. So from a young age, cultural identity was something I grappled with. I wasn't American although I loved hamburgers and Chick-fil-A and my family still had many American traditions, but I wasn't Ethiopian even though I truly did love that nation and considered it home for 11 years. Maybe I was a TCK (a third culture kid) meaning that I was a third culture between my passport nation and the place I lived. However, I've never quite identified completely as a TCK either.

When my family moved back to the states in the summer of 2016, before my junior year of high school, suddenly my identity was an even bigger issue. In Ethiopia, at the school I went to everyone was in the same boat as me. We all were in Ethiopia together and many of us had passports to other nations, and nobody ever really addressed it because it was just understood. However, in East Texas, nobody knew my story. I did not feel like a girl from East Texas. However, I did look like one so nobody assumed I wasn't. It was hard feeling like my outsides did not match my insides and wondering, who am I? Identity feels like a very personal thing and something that should be only self-relevant, but it truly is also so much of a social construct and so much of who we are and who we think we are comes from the people and the community surrounding us.

I began to see that everyone has a story, and if I wanted to be understood and asked questions sometimes I needed to ask first and seek to understand. Cultural identity does play a role into who we are, but sometimes culture cannot be seen on the outside.

I left high school thinking I knew who I was, however, in college identity is discussed even more. There's lecture after lecture discussing who we are and where our identity comes from. As a freshman, we are in a completely new territory. We have very few people to check in with yet so many more responsibilities. Within the class work, budgeting money, and finding out what clubs to join we also need sleep, food, and are looking for a community of friends to surround ourselves with. And within all the newness and exciting experiences and hard days — it can be challenging to truly know who you are right now.

There's the pressure of finding your identity in academics, or the clubs you're in, or how aesthetically pleasing your Instagram is. There are so many new things to try and sometimes it feels like we're in this weird limbo of piecing together an identity for ourselves, pulling from who we used to be, what we're experiencing now, and who we want to be.

I'm realizing that identity is an abstract concept and something that even the oldest of adults struggle with and we will always go through seasons of "Oh my gosh! Who am I?" But, I've also learned that sometimes identity is a lot simpler than we think. Identity is not found in ourselves or in the people around us, our true identities are found in our Creator. God. When God spoke life into us because He loved so much He gave us these core identities that would be with us through every single challenge.

We are sons and daughters of a King. We are beautifully broken humans who need a Savior desperately. We are forgiven. We are warriors fighting the good, good fight. We are humans who are limited by time and try to define ourselves by circumstances that always fail us. We are loved. We have a Father who intricately designed us and who desires an intimate relationship with us. We are known. All the stories of our past, the experiences of our present, and our plans for the future are held in His hand and close to His heart.

When your identity feels too big for you to handle, or too confusing, or you just feel lost, remember these truths. Remember that this world is going to pass away and the definitions that other humans have given us and the value society has attached to constructs like race, gender, and socioeconomics are not going to matter. You are loved. You are valuable even at your worst. And you have a loving Father who wants to reveal himself to you. That is our identity.

Related Articles Around the Web
religion
Report this Content
This article has not been reviewed by Odyssey HQ and solely reflects the ideas and opinions of the creator.
Swoon

8 Ways To Be A Kingdom Builder

31 Christian pick up lines that are our saving grace

10 Bible Verses For The Situations Outside Of Your Control

51 Petty Things To Wish Upon Your Enemy

When You Feel Like You’re Falling Apart, Remember That Life Only Gives You What You Can Handle