Giving The Madwoman In The Attic Purpose And Agency
Odyssey

Giving The Madwoman In The Attic Purpose And Agency

“She seemed such a poor ghost, I thought I’d write her a life." 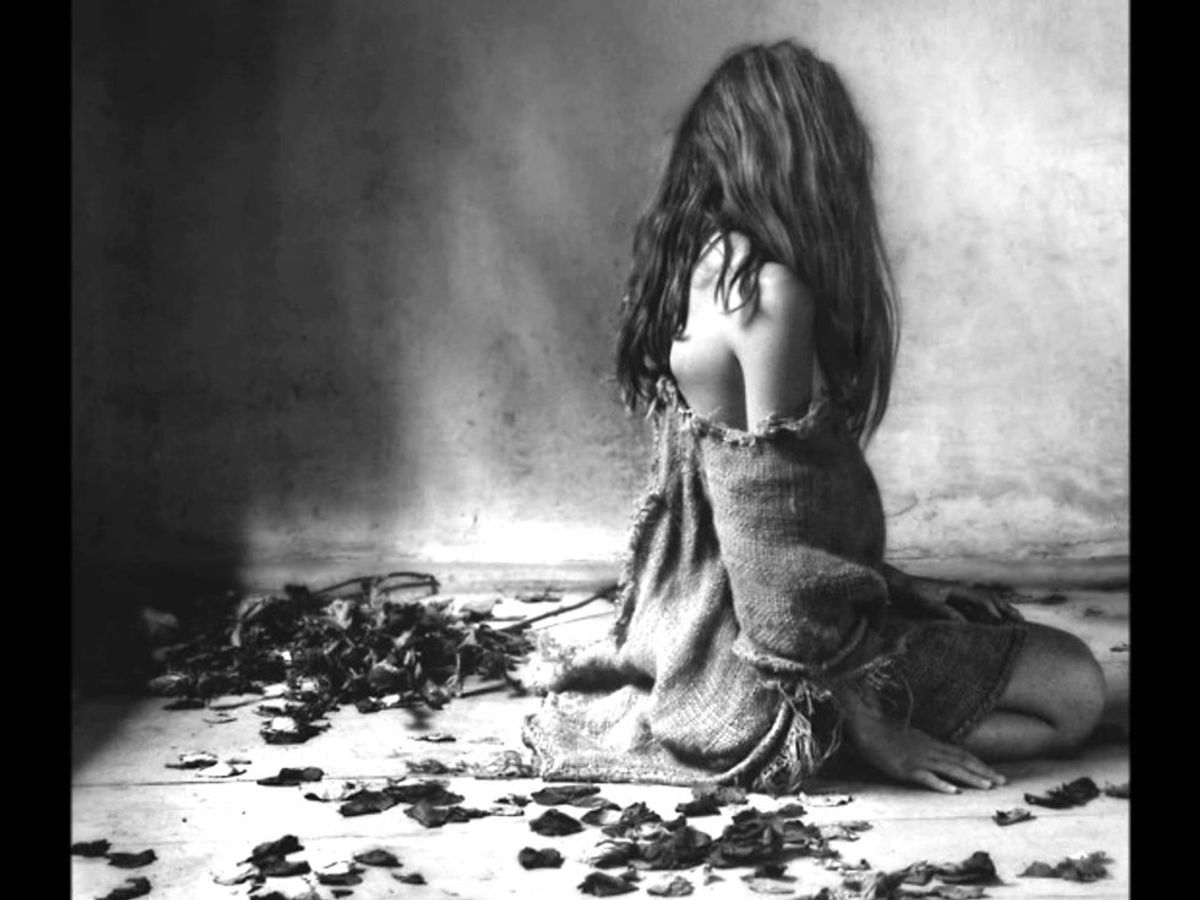 In Charlotte Bronte’s "Jane Eyre," Bertha Mason is trapped in a chasm of nothingness. It is from this void that Jean Rhys, in "Wide Sargasso Sea," sets out to extricate Bertha. When Rhys said of “the madwoman in the attic,” “She seemed such a poor ghost, I thought I’d write her a life,” she was referring to more than just writing Bertha a story. Without identity and purpose, there is no story. In "Wide Sargasso Sea," Rhys succeeded in giving “the madwoman in the attic” a meaningful life. Indeed Rhys gave her not only identity but agency as well.

Rhys started off by giving Bertha periods of childhood, adolescence, and adulthood. Rhys went on to identify Bertha’s lack of identity and purpose, how and when Bertha lost herself. Rhys also establishes Bertha’s resolve to find her true identity. In the end, Bertha finds herself; she finds her purpose.

Bertha, initially called Antoinette, has a rather unstable childhood experience. The people Antoinette trusts and loves end up rejecting her. Her mother “is ashamed of her." When Antoinette goes to see her mother at the place where her mother is being cared for, her mother “pushes her away." Tia, the only friend Antoinette has as a child, insults Antoinette’s family, saying that, “…they poor like beggar. They eat salt fish-no money for fresh fish. That old house so leaky…nobody come near them. Old time white people nothing but white nigger now, and black nigger better than white nigger." The man whom Antoinette marries also ends up hating her. As a result of the rejections that Antoinette suffers, she develops a deep sense of insecurity. This insecurity manifests itself when Antoinette, upon realizing that the man does not love her, asks Christophine to use “obeah” to make the man love her. It is her fear of the man leaving, which causes Antoinette to seek help from Christophine’s “obeah.” Antoinette tells Christophine, “I am so afraid. I do not know why, but so afraid. All the time. Help me."

Thus, Antoinette, insecure and rejected, gradually recedes into a state of blankness. As the man says, “She was silence itself." It is at this point that Antoinette loses whatever sense of self-identity she may once have had. Antoinette disappears and Bertha emerges. Bertha “was only a ghost…in the grey light." In Bertha, “there was nothing left but hopelessness." Her eyes were “blank," as if saying, “Say die and I will die. Say die and watch me die." Bertha was “a mad girl” with “mad eyes." In this way, “the madwoman in the attic” is created. She is without identity and she is without purpose.

After Antoinette is taken to England, and locked away, she begins to question her identity and purpose. The importance of names is emphasized. Antoinette says that “names matter." It is because the man “wouldn’t call her Antoinette” that “Antoinette drifted out of the window." and Bertha took her place. The importance of names explains Antoinette’s point of view on how she lost her identity. Further acknowledging her loss of self, Antoinette says that “she does not know what she looks like…the girl she saw was herself yet not quite herself." Antoinette asks some deep existential questions. “What is it that I must do?" “What am I doing in this place and who am I?" It is intriguing that a “madwoman” can come up with such philosophical questions. With outstanding resolve, Antoinette declares that “there must be a reason” for her existence. This strong resolve to rediscover her identity, and find her purpose, eventually leads her to fulfillment.

As the narrative draws to an end, Antoinette rediscovers her identity. As Antoinette sleeps, she has a dream. In this dream, she leaves the room where she is locked up. Hearing footsteps approaching, she “held her right wrist with her left hand." This gesture is associated with Antoinette’s mother, the real Bertha. Finding herself in Aunt Cora’s room, Antoinette knocks down the “wax candles,” and describes the emerging flame as having a “lovely color." She leaves the room, and enters a hall where she sees “the ghost…the woman with streaming hair." Antoinette knows this woman. She sees herself in this woman. Here, Antoinette begins to rediscover her identity. As she climbed to the battlements, the sky “was red and all of her life was in it." She begins to see images from her past — “the grandfather clock and Aunt Cora’s patchwork…the orchids…the jasmine and the tree of life in flames…the soft green velvet of the garden wall…her doll’s house…and the picture of the Miller’s daughter." Antoinette knows and remembers these images. Her identity starts to form once again. Antoinette “heard the parrot call…and the man who hated her was calling too, Bertha! Bertha!” But she does not answer the man because Bertha is not her name. Antoinette is not Bertha. At this point, Antoinette’s sense of her identity is restored. Now, she knows who she is.

When Antoinette wakes up from this dream, she takes the keys and leaves the room saying, “Now at last I know why I was brought here and what I must do." Without doubt, Antoinette has found her purpose. The candle lighting her path flickered and she “thought it was out." She thinks she has been plunged into darkness once again, losing her identity again. But the flame does not go out. She “shielded it with her hand." This suggests her determination to not lose her identity again. “The flame burned up again to light her along the dark passage." The light illuminates her way, leading her on to the fulfillment of her destiny.

If we believe "Jane Eyre," Antoinette dies at the end. However, thanks to Rhys, Antoinette decides her own fate. And Antoinette is content with her end. The light that illuminates her path assures her of eventual fulfillment, peace and rest. The light also illuminates the new Antoinette. By the end of "Wide Sargasso Sea," Antoinette has found her own agency. As she walks down the passage, she is acting upon this agency. Whether or not she dies is irrelevant because she is finally deciding for herself what she wants to do. Her death, in this case, is not necessarily good or bad. More importantly, Antoinette dies on her own terms, rather than on someone else’s terms.