To The Girl Who Loves Him Next
Odyssey
CurrentlySwoonLifestyleHealth & WellnessStudent LifeContent InspirationEntertainmentPolitics and ActivismSportsAdulting
About usAdvertiseTermsPrivacyDMCAContact us
® 2023 ODYSSEY
Welcome back
Sign in to comment to your favorite stories, participate in your community and interact with your friends
or
LOG IN WITH FACEBOOK
No account? Create one
Start writing a post
Relationships

To The Girl Who Loves Him Next 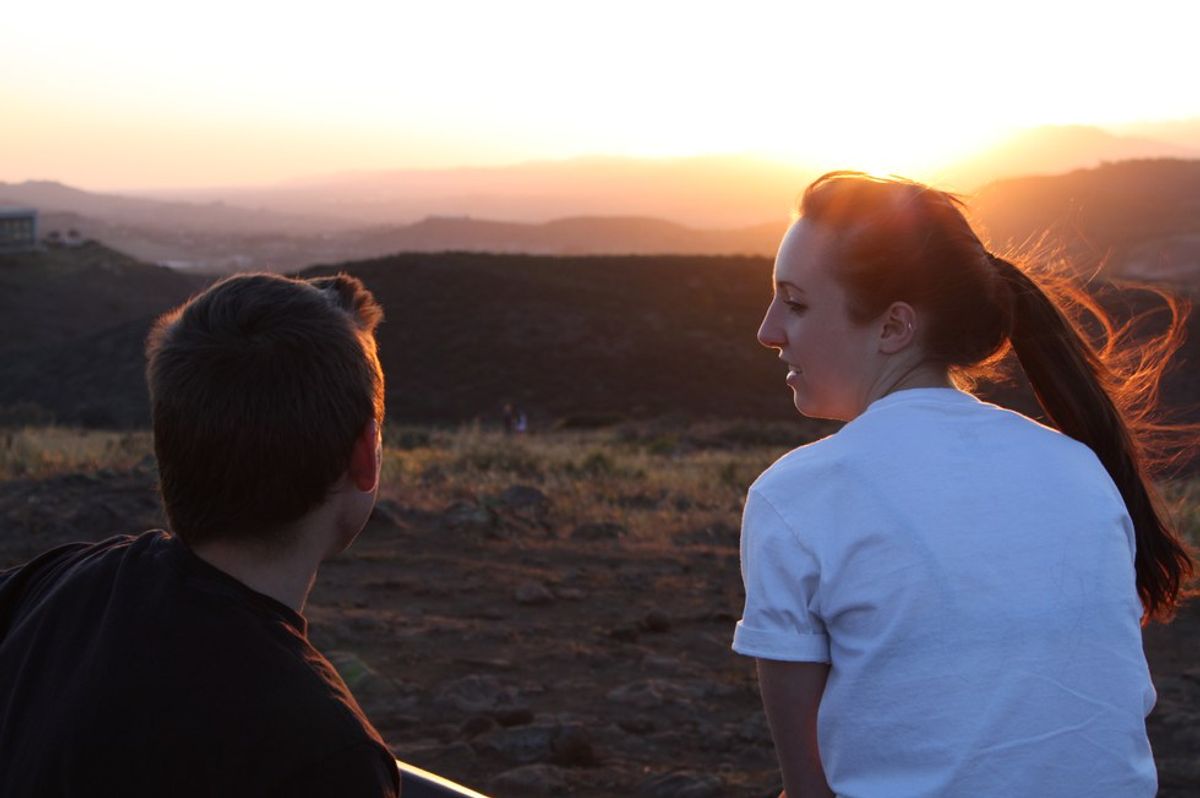 To the girl who loves him next:

You'll probably do what I did.

You'll get in too deep, feel too much, and move too fast.

You'll skip getting to know his mind so you can fall into his soul, so you can memorize how you fit into him.

So just know this:

His favorite color is green, like the way trees look when you're young.

He'll never be able to pick a favorite movie, but he will admit to liking "Tangled" -- even though he couldn't love the blonde haired, green-eyed mess that was in front of him.

He wishes he could fly, and he says it's to avoid traffic, but his soul can get so heavy I think he just wants to get up off the ground.

He doesn't laugh much, and I never fulfilled my promise of getting him to do so. It's up to you now.

It's up to you to show him that love isn't an act, it's not a part he can play. I tried to show him, but by the time I found him he was already in the middle of a show.

It's up to you to heal him, because that show ended and she hurt him and I was there to make sure he ate, and got out of bed, and had someone to hold him.

It's up to you to be his light. Tell him he's loved, tell him he deserves the best. Because I told him until my voice gave way and he stopped listening.

He won't listen to me anymore. So it's up to you.

To the girl who loves him next:

Sincerely,
The girl who is trying her best not to love him anymore.

Nicole Marie Nigro
Individual Creator
8146
c1.staticflickr.com
Where to start...... Let me start with the cliche that life throws us curveballs and what we do with it is what counts.