Fit For The Runway: Gigi Hadid Stands Up Against Body Shamers
Odyssey

Fit For The Runway: Gigi Hadid Stands Up Against Body Shamers 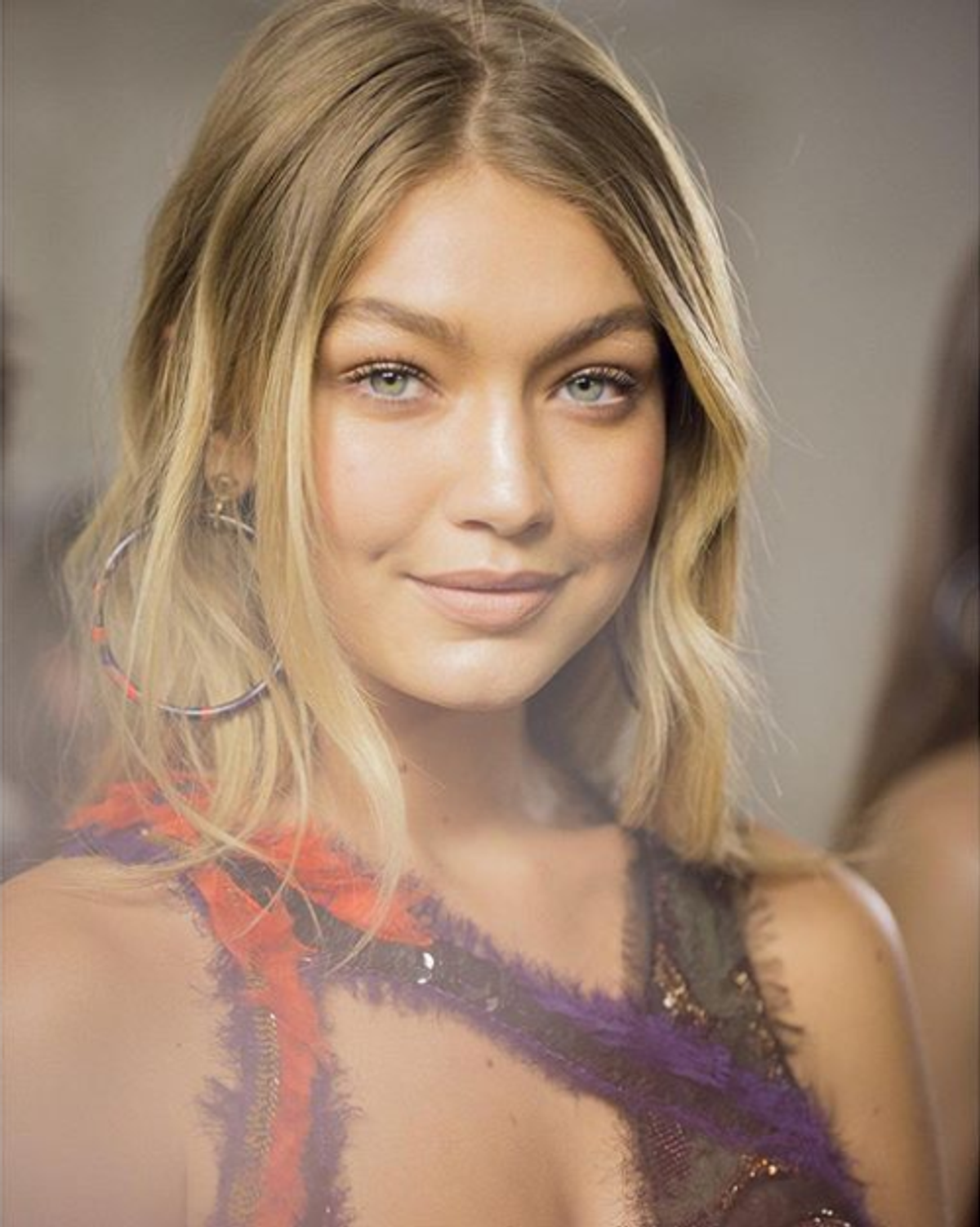 
This is the dress that sparked controversy during the Milan Fashion Week. Gigi Hadid walked in the Versace SS16 show, and fashion critics and social media trolls made negative comments about her figure. Because she is a size 4, she is too big to walk in a high fashion show. Models for runway are a size 2 or smaller, have a flat chest and no visible curves.

Instead of succumbing to the pressures of the fashion industry and the negative comments on social media, Gigi Hadid wrote an impassioned letter on Instagram. She wrote, “No, I don’t have the same body type as the other models in shows. I represent a body type that wasn’t accepted in high fashion before and I’m very lucky to be supported by the designers, stylists, and editors that I am: one that knows this is fashion, its art; it can never stay the same.”

Her powerful words not only took a smart stance on body acceptance, but also received an amazing amount of positive support from Victoria Secret Angels, Tyra Banks, plus-size models and fans on social media.

It’s hard to imagine that a tall, blonde bomb-shell like Gigi Hadid would be considered too big for the runway. Even though she fits into sample sizes, being a size 4 and having curves is a taboo in high fashion. At the beginning of her modeling career, much like any other model, agencies told her to lose weight in order to find work. It is this high-fashion tradition to have very thin models with no curves because designers want people to focus on the clothes, not the models. Models in this mindset are only hangers, not people with thoughts and feelings.

The pressure of being thin in high fashion causes models to achieve that look in unhealthy ways and destroys their confidence if they can’t achieve it. This image of emaciation is projecting to the world that this is the only kind of beauty. Anything outside of that ideal makes someone an outsider. Obviously, this needs to change. Beauty is in the eye the beholder, it changes from person to person. Everybody is different, the world would incredibly boring place if everyone looked the same. Having a diverse model cast brings excitement and realness to the fantasy of fashion.

Designers, especially older ones, follow the high-fashion tradition. It is much easier to go with the motions and continue what has been done for years instead of causing a stir. More often than not, people are scared to comment on their industry and are worried about their personal reputation. Fortunately, the new wave of designers had enough with the traditional beauty in fashion. Young designers are throwing out the rule book and are breaking stereotypes. Olivier Rousteing, the 30-year-old creative director for Balmain, stresses how important castings are, noting, “I’m trying to build…It’s strong women, diversity, different ages, different backgrounds, different colors.” Diversity needs to happen in the industry, not only body, but race, and gender as well. The industry needs to dispose the idea of this myopic version of beauty; beauty is every shape and color.

One can see the interruption of tradition in the VFiles Ready to Wear SS16 show during New York Fashion Week. The new, upcoming designers had a gender-fluid, age-fluid, racially-diverse and body-diverse representation in the shows. Even young people on social media, who are just starting their careers, are making waves within breaking stereotypes within fashion like Barbara Ferreira, Diana Veras, Petra Collins and Hari Nef. Millennials are challenging old norms, and bravely putting their thoughts and ideas out there. Our generation is special in the way of accepting others no matter what they look like. We are the generation of openness and acceptance.

As the month of fashion came to an end, something the world took out of it is the fact that things are changing. The new wave of designers are pioneering the runway and bringing acceptance to the world. And maybe one day there can be an end to self-loathing in people and more acceptance.

As Gigi Hadid said, "I hope everyone gets to a place in their life where they’d rather talk about the things that inspire them over the things that bring others down. At least be open if not part of the change, because it’s undeniably happening.” Hadid is right -- change is happening and it’s up to millennials to usher in that change and interrupt traditions.