A Review of Ghosts of Mississippi
Odyssey

A Review Of The Movie: 'Ghosts Of Mississippi' 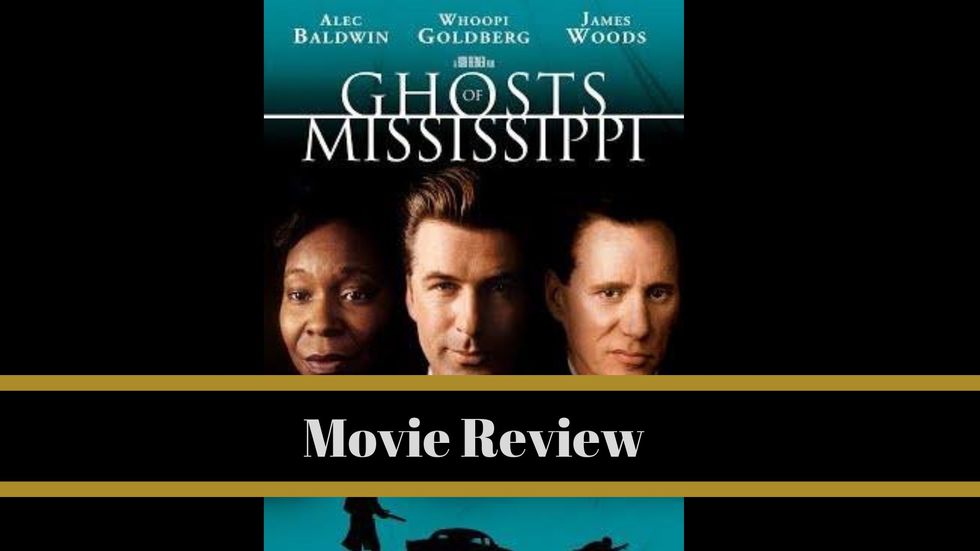 Ghosts of Mississippi begin with an opening scene of slaves, slave ships, a cover of Uncle Tom's Cabin, and scenes of Blacks throughout early history. Without reading the synopsis, you could assume that this movie is likely referencing some historically significant time of the African American community.

That it is indeed. In 1963, right after President Kennedy made a speech on equal rights, Medgar Evers was gunned down as he was exiting his car at his home. Byron De La Beckwith fired a 30-06 Rifle into the back of Mr. Evers. Essentially, the story can be researched further, adding that it took 3 trials to eventually convict Mr. Beckwith.

Historically, the movie is very crucial to the time that it portrays. In 1963, Mr. Evers was an important person in the Civil Rights Era in Mississippi. Mr. Evers, like Martin Luther King Jr. in Alabama, fought for equal rights for both blacks and whites in Mississippi. This included voting rights, as well as fair treatment in restaurants and buses.

Throughout the movie, you see many stereotypes on both the white and black spectrum. Mr. DeLaughter is portrayed early in the movie as a "good old boy," a typical Mississippi guy. He is wearing an "Ole Miss" t-shirt, and he has a habit of singing, "Dixie," to his daughter when she had a bad dream. This may highlight an irregularity in the film. Mr. DeLaughter wears a shirt with "Ole Miss" on it, yet his law certificate says, "University of Mississippi."

Mr. DeLaughter's wife, Dixie, said that her husband is embarrassing her in front of her friends and family. She also told her husband not to take the case. This seems to be a deep onset belief of white supremacy or a resistance to tampering with "good ole boy" justice. This could also play into the fact that Dixie's late Father was the Judge in the case.

Byron De La Beckwith is portrayed using several stereotypes towards other races. Towards the beginning of the movie, "De-Lay" Beckwith said, "God put Whites here to rule over the Dusky races." He backs this up with, "It says so in the Bible." De-La also adds that Blacks occasionally move in near his home.

He said, "Their houses tend to burn down." He also added to that with, "You know how reckless those niggers are with their cigarettes." In the repeated questioning, the crazed Beckwith asks the reporter, "Are you a Jew? Because I don't talk to Jews." These quotes only prove that the crazed, insecure, and hate filled temper of Byron De La Beckwith are true.

Throughout the film, Mr. Delaughter is repeatedly questioned by friends and family why he is pursuing the Beckwith case. This portrays the onset mentality of hatred towards lesser races due to the way they are viewed publically. Mr. Delaughter is congratulated by his future wife pursuing the case in Mississippi. Her point of view is much different than that of most of the state.

One of the things that could be argued in this film is that after the first trial, Byron De La Beckwith was welcomed home with a parade. Between the two buildings was a Confederate flag banner that read, "Welcome Home, Byron." There could have likely been welcome home banners, but the Confederate flag banner and citizens waving Confederate flags in the streets likely didn't happen. This is a good representative of the movie being a docu/drama. Although the movie is based on a true story, I believe there are added scenes to enhance the film.

Historically, tying back to the state of Mississippi during the 1960's, this movie highlights one of many Civil Rights incidents in the state. The death of Emmit Till could be compared to the death of Medgar Evers, however, Edgar's shooting and subsequent death involved multiple witnesses.

One of the best things I saw represented in this movie was the system of "Good Ole Boy" justice. Mr. Beckwith was able to be acquitted twice by an all-white, all-male jury. Mr. Beckwith not only got away with murder, but he bragged about it years later. Once was at a KKK rally, and once more in a restroom with Mr. Delaughter.

Believing that Mr. Beckwith's behavior was "enhanced," further research determined that the character, Byron De La Beckwith, was accurately portrayed. In the film, Beckwith is standing on his porch, the cameras focused on a 3x5 foot Confederate Flag draped from the archway. This was a factual representation!

In conclusion, this is a great movie to see the events that took place involving the murder and eventual prosecution of the murderer of Medgar Evers.

There are radicals who misuse certain symbols throughout history. Similar to the Nazi's misuse of the swastika, Byron De La Beckwith was a radical who misused the Confederate flag for the advancement of his own personal leftish, hate-filled beliefs.