Despite being a small college in rural New Hampshire, Colby-Sawyer College has at least one ghost in every building 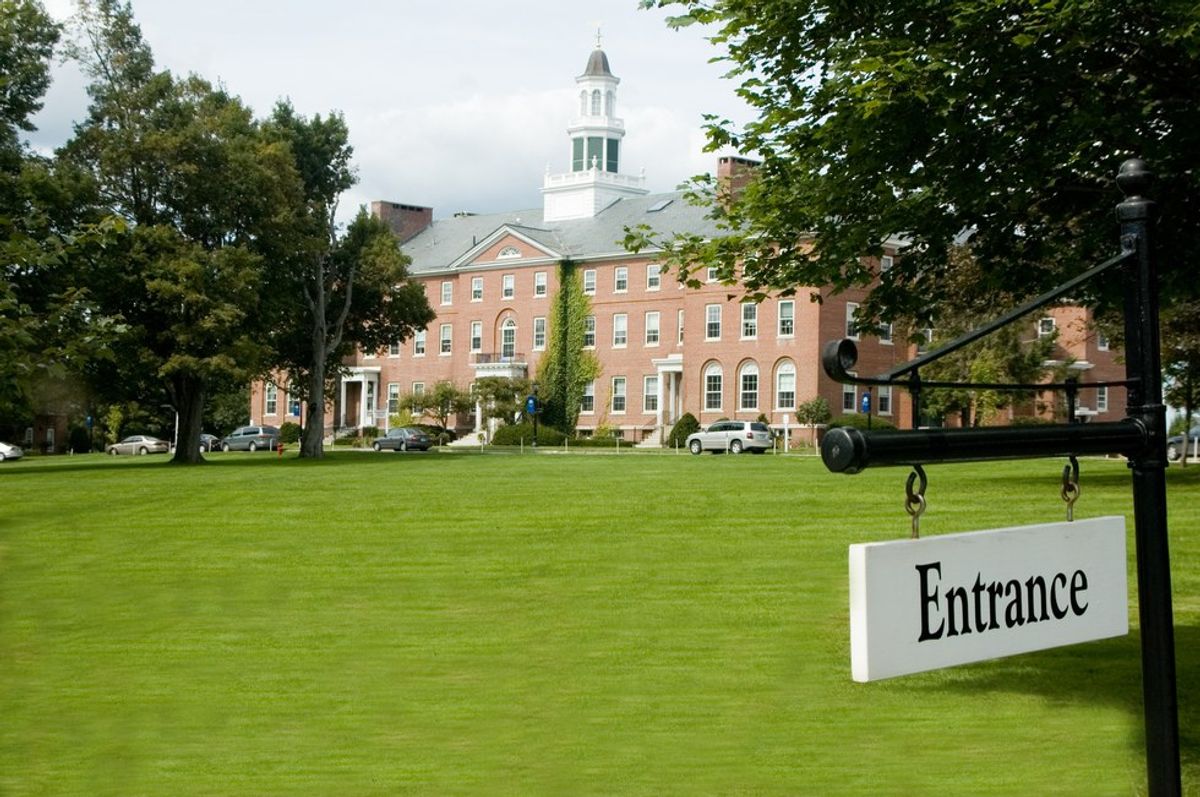 Despite being a small college in rural New Hampshire, Colby-Sawyer College is one of the most haunted college campuses in New England. There are lots of ghost stories students will tell you about just about any of the buildings. Here are the stories of many of the ghosts on campus.

Probably the most famous ghost at Colby-Sawyer is known as the “Top Hat Man.” He is most often seen looking out over the quad from Colgate, but is also sometimes on the quad or elsewhere on campus. Most people say he is Governor Anthony Colby the founder of Colby Academy, but others say he was a Dartmouth student visiting to take part in a school play.

Also in Colgate, a young woman is said to have jumped out of a third story window to her death. The window is now boarded up, and passersby can see it from the quad.

Before the school was built, there was a man named Gilbert Ross who townspeople thought was a witch, so they either burned him at the stake, or hang him, depending on the story. He is said to look like Severus Snape as played by Alan Rickman in the Harry Potter movies, and haunts McKean Hall, as he was executed on the ground it was built on.

Austin Hall used to be the gym on campus. It’s said to be haunted by a previous president of Colby-Sawyer from the 1960s – who set up plans for building Sawyer Center – and who likes to pretend to be the basketball coach. Students sometimes hear the sound of a bouncing basketball when all the doors are shut on the third floor.

There is also a ghost in Sawyer Fine and Performing Arts Center, who likes to spend time in the lights above the theater. Sometimes students will hear noises coming from this area during class or the rehearsal of a play, and realize that no one is up there.

In Colby Hall, there is said to be the ghost of a cat that roams the halls. It seems to pick a favorite Colby resident and sleep on their bed for most of the year. Last year, it would sleep every night on my friend’s bed, and would play with the laser pointer she brought from home. One time when I was visiting, she was playing with the cat (none of us could see it), and several of us were trying to pet it. I had my hand under my chair at around cat level, when I felt an amorphous cat’s back under my hand.

In the library, there’s a ghost of a boy, who in some stories only has one arm. He is said to have come over to the library with some books and papers from the old school building (now property of the town of New London), and since then likes to spend time in the history section.

Zach Allen ’20, says that one time in the library a book fell off the shelf behind him and no one was there.

In the back end of campus, behind Danforth, a girl named Susan had been drinking at a party and was on her way out or heading back to her room when she either fell or was pushed into the swamp on campus where she drowned, and is said to haunt the surrounding area. The swamp is called Susan’s Swamp, named after her.

Kate Corwin ’19 and Chelsea Wasson ’19 say that last year while they were living in Lawson Hall, they were joking about Susan with several friends and that when they returned to their room, their overhead light was broken and glass was shattered all over their beds and the floor.

Other ghosts include the young woman in Best Hall, who is said to be slightly older than the average college student. There is also a field hockey player who haunts Burpee Hall, a dorm mother in Abbey, and a ghost in both Page basement and Shepard basement.