6 Things Every Georgia Southern Graduate Is Gonna Miss When They Leave Statesboro
Odyssey
CurrentlySwoonLifestyleHealth & WellnessStudent LifeContent InspirationEntertainmentPolitics and ActivismSportsAdulting
About usAdvertiseTermsPrivacyDMCAContact us
® 2023 ODYSSEY
Welcome back
Sign in to comment to your favorite stories, participate in your community and interact with your friends
or
LOG IN WITH FACEBOOK
No account? Create one
Start writing a post
Student Life 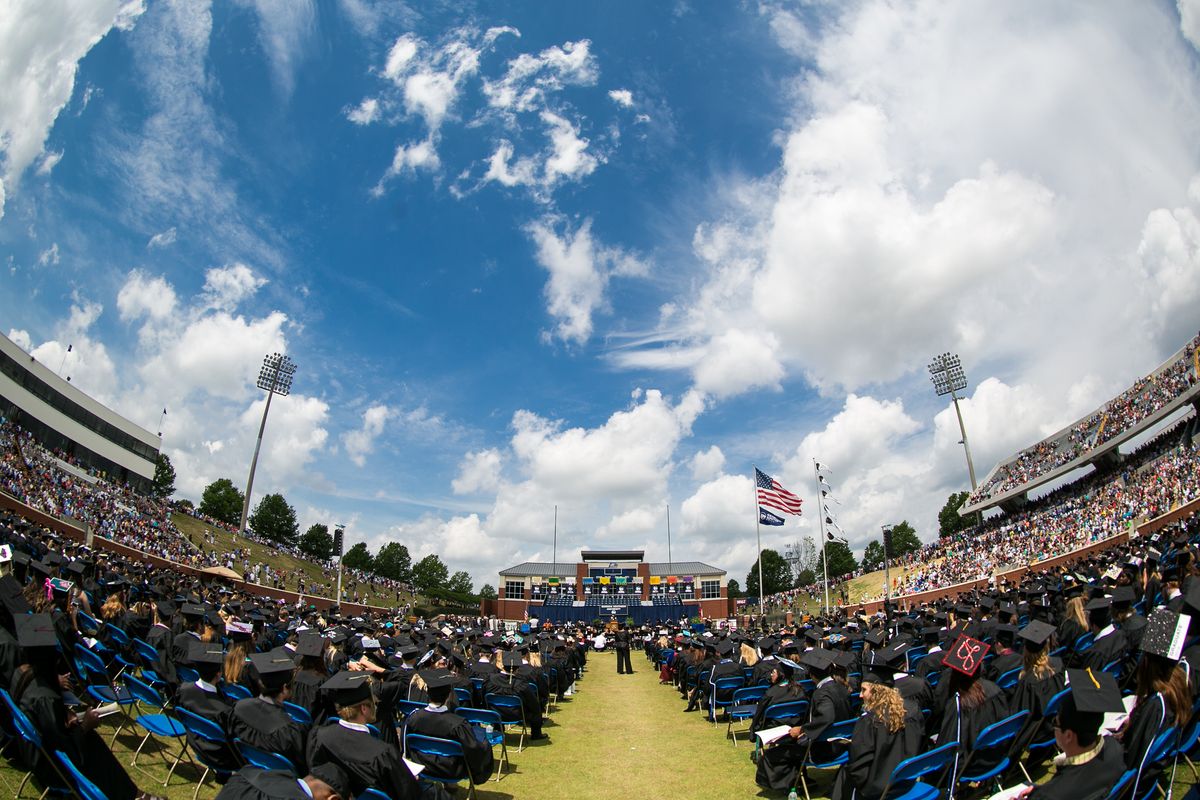 Georgia Southern is more than just a university, it's a way of life. Coming in as a freshman, you don't realize what you're going to miss when you're gone - but when you graduate... it hits you. Not me, of course, because I've got two years of grad school to go - but this one is for you grads that are leaving the best little college town in America.

Everybody knows that our campus is one of complete beauty. The gorgeous lakes, the trees, and the tranquil setting of Sweetheart Circle are always a comfort on the hard days.

I don't think that anyone would argue that Georgia Southern's tailgates are some of the best times of their lives. The beer pong, corn-hole, and the memories being made can't ever be forgotten.

I'll never forget my first football game, in the student section. Nothing can beat the memories I have of screaming "ONE MORE TIME" and "GATA" at the top of my lungs while watching the winning touchdown, or the "HAIL SOUTHERN" screams through the streets of Athens, GA after the Eagles played one hell of a game that no UGA fan ever saw coming.

I'll never forget letting everyone know that Paulson is truly "OUR HOUSE." More than anything, I'll never forget the tears streaming down my face as the father of an Eagle who gained his wings too early walking across the stage at graduation, and screaming "GEORGIA" just for our reply of "SOUTHERN." The pride of being an Eagle is something that can't be forgotten.

You never know just what you'll find walking through campus. There's the guy who sings at the top of his lungs (who is actually a JERK, because I had a class with him), the preacher who screams into his megaphone at the students just to tell them they're going to hell for listening to music (no but really, it happens), and there's too much crazy in the drunken gameday frat guys to even start with.

Statesboro bars are their own breed. The drink specials, crazy Halloween parties, and pitchers (Shoutout to Gnats!) are one of a kind. Once you've been "out" in Statesboro, you can't imagine going "out" anywhere else.

We all have complained about the small-town "everybody knows everybody" situation that is clear here in Statesboro, but it's almost comforting when you think about it. By the time you've graduated, you've figured out all of the good back roads to avoid 301, and you know to stay off the roads at five on a weekday.

Nicole Marie Nigro
Individual Creator
7981
c1.staticflickr.com
Where to start...... Let me start with the cliche that life throws us curveballs and what we do with it is what counts.