Here's what you should think about, even if you're still an "undecided voter." 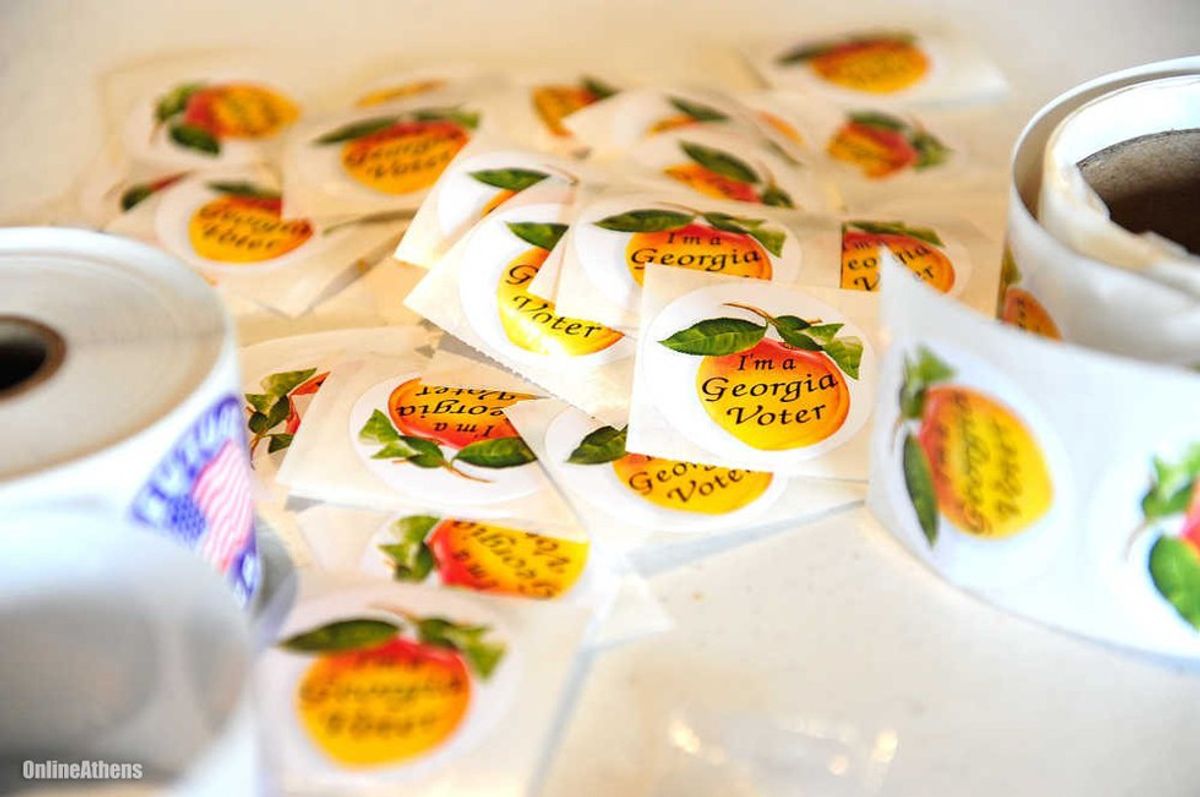 I've been looking forward to casting my vote for President of the United States for as long as I can remember, and at 21 I am finally of age to make that decision. With the national political climate this year, however, the thought of having to walk into a voting booth makes me nauseous.

However, on November 8, I will still be making the trek to my hometown to my precinct, because there are sixteen other elected positions up for grabs, including United States Senator, United States Representative, State Senator, a handful of judgeship and county sheriff. A mix similar to this will appear on the ballot of every voter in the nation, and this is so much more important to the course of our everyday lives than the matter of who sits in the Oval Office.

These are the officials who are voted to carry out our voice, because we are their constituency. These are the people whose decisions in office legitimately have the power to shape our schools, our communities and our livelihoods.

If you're from the state of Georgia, you can access your sample ballot in order to research these candidates by visiting the Secretary of State's My Voter Page.

As a Georgia voter, in addition to the public offices that are up for reelection, there are four proposed amendments to the Georgia state constitution that I would like to discuss in more depth. I strongly encourage you all to make your own decisions and to do your own research (Google is your friend), but I have formed my own opinions on all of these amendments, and I will share those opinions below. On election day, these amendments will appear on the ballot following the selections for public office, and you simply have to choose "yes" or "no."

"Shall the Constitution of Georgia be amended to allow the state to intervene in chronically failing public schools in order to improve student performance?"

The idea behind this proposed amendment is to help out schools when the county's Board of Education isn't doing a sufficient job, the state will take over so that whatever issue the system is facing can be properly mitigated. This proposal is written in such a way that it's made to sound like the state's providing a "helping hand" to troubled school system, but that very wording is currently the subject of a class action lawsuit that suggests the wording is misleading, which makes sense, because there is no empirical proof that state takeovers of school systems actually improve anything.

This one tugs at my heartstrings. I believe that human trafficking, especially of the variety that involves the kidnapping and exploitation of children, is the single worst crime plaguing this nation. I was fortunate to have an incredibly "easy" childhood, with my parents still married and maintaining a very stable middle-class household, but that isn't the case for millions of children every year. This amendment is a bipartisan effort that has been in the works for years and is part of a larger effort to shift the blame of these heinous crimes off of the victims and onto those who exploit these innocent individuals. For me, this one's an emphatic "yes," provided that it is carried out in the best way possible and is not abused in anyway (a concern with anything related to the justice system).

This one is pretty personal for me, too, but for a very different reason. My dream job is to be a superior court judge, and there have been a handful of those within the legal profession in Georgia whose actions have sullied the profession recently. The Judicial Qualifications Commission itself has been the subject of many questions with regards to ethics, and there is definitely a need for change within how the commission is managed.

"Shall the Constitution of Georgia be amended so as to provide that the proceeds of excise taxes on the sale of fireworks or consumer fireworks be dedicated to the funding of trauma care, firefighter equipping and training, and local public safety purposes?"

The sale of fireworks in the state of Georgia was legalized for the first time last year, and it has brought a lot of revenue to the state. But, as has always been the case, fireworks are dangerous. There a huge source of injury around the 4th of July and New Years, because being careful isn't exactly part of human nature. This keeps local safety officials busy, so it's only right that the sale of these danger-sticks helps out those affected by their use. Another "yes" for me.

In short, we have a lot of reason to view this election cycle with disdain because of the childish behavior of the two people vying for Commander in Chief, but your vote on November 8 is for so much more than that. You are entitled to give your opinion on these amendments and the other state, county and city offices that are on this ballot, so please, even if you're "tired of politics" and "not sure who do vote for," do your homework and show up to your precinct on the second Tuesday in November.