I Am A Third Generation Mexican-American
Odyssey
CurrentlySwoonLifestyleHealth & WellnessStudent LifeContent InspirationEntertainmentPolitics and ActivismSportsAdulting
About usAdvertiseTermsPrivacyDMCAContact us
® 2023 ODYSSEY
Welcome back
Sign in to comment to your favorite stories, participate in your community and interact with your friends
or
LOG IN WITH FACEBOOK
No account? Create one
Start writing a post
Politics and Activism

I Am A Third Generation Mexican-American 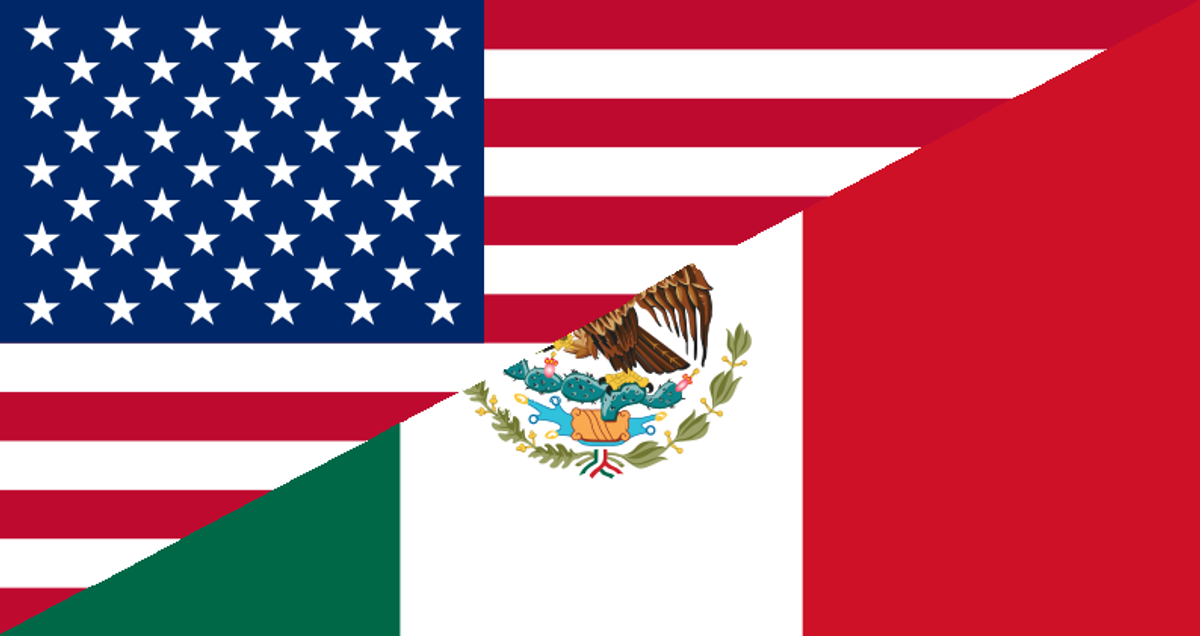 Every time I see the box "Hispanic or Latino" I hesitate, I never know what to put. I am a third generation Mexican-American. My grandparents from both sides of my family were born and raised in Mexico. Both my parents were born and raised here in California. Then, came me. Being the third generation is difficult. You are too "white" to be Mexican and too "Mexican" to be white. It is like being stuck in the middle between two things that represent who you are.

When I was younger, my first language was Spanish. My grandma, who only speaks Spanish, took care of me. However, I stopped speaking Spanish once I started going to school. Now, I hardly speak it. I took Spanish as my foreign language in high school, and now in college. It is important to me to learn how to speak Spanish because there is a huge language barrier between most of my family and I. This is why being a third generation is hard. I never truly got to learn Spanish. Both my parents speak Spanish, but it never got passed on to me.

I want to embrace my culture, but it is tremendously hard when you are stuck in the middle. I grew up in a predominantly white town with a prominent Mexican population. However, most of my friends were white. They called me the "white-washed" Mexican. I have never fit in with the "Mexicans" because I didn't speak Spanish. Despite who I hung out with, I always considered myself a Mexican -- it is a part of my heritage and I try to embrace it.

Another battle is what I want to identify as. Some people like to identify as a Chicana or Latina. One thing that I learned was that most do not prefer Hispanic. The Census Bureau labels "Hispanics" as persons of Cuban, Mexican, Puerto Rican, South or Central American or other Spanish culture origins regardless of race. My mom, born and raised in California, believes she is an American first and foremost. She was raised by two foreign parents and carries a bit of an accent because she lived in Mexico for awhile. However, she was born here and has lived the majority of her life here. She considers herself "Mexican-American," but she believes that the American should come first. She mentioned that she had the same problem as me growing up. She was too "white" when she went back to Mexico, and she was too "Mexican" when she went to school. I consider myself a Mexican-American because I was born in the United States, but I have a rich heritage that I want to cherish.

I remember in middle school, a teacher told me I should join AVID (Advancement Via Individual Determination). I asked why because I had no clue what it was at the time. She responded by telling me because I am Mexican and most of "us" need this help because we don't have parents who went to college. As nice as it was that she wanted to help, she assumed that I didn't have parents with college degrees. I have been blessed to have parents who have gotten their degree, first in their families to be exact. People are sometimes shocked to hear that my dad is an engineer and my mom a lawyer. So, third generation or not, because the color of my skin I still get stereotyped.

Being a third generation is challenging. I still want to know about where I come from so I can understand who I am. I am still searching to find out who I am and who I want to be. For now, I am just me. No one should judge me by the color of my skin, but by the person that I am. No matter what generation I am, doesn't define the Mexican-American I am. I am proud to be me and you should be proud to be you.

Nicole Marie Nigro
Individual Creator
9388
c1.staticflickr.com
Where to start...... Let me start with the cliche that life throws us curveballs and what we do with it is what counts.