Their Gender is Not Your Choice

Their Gender is Not Your Choice

The importance of using correct pronouns. 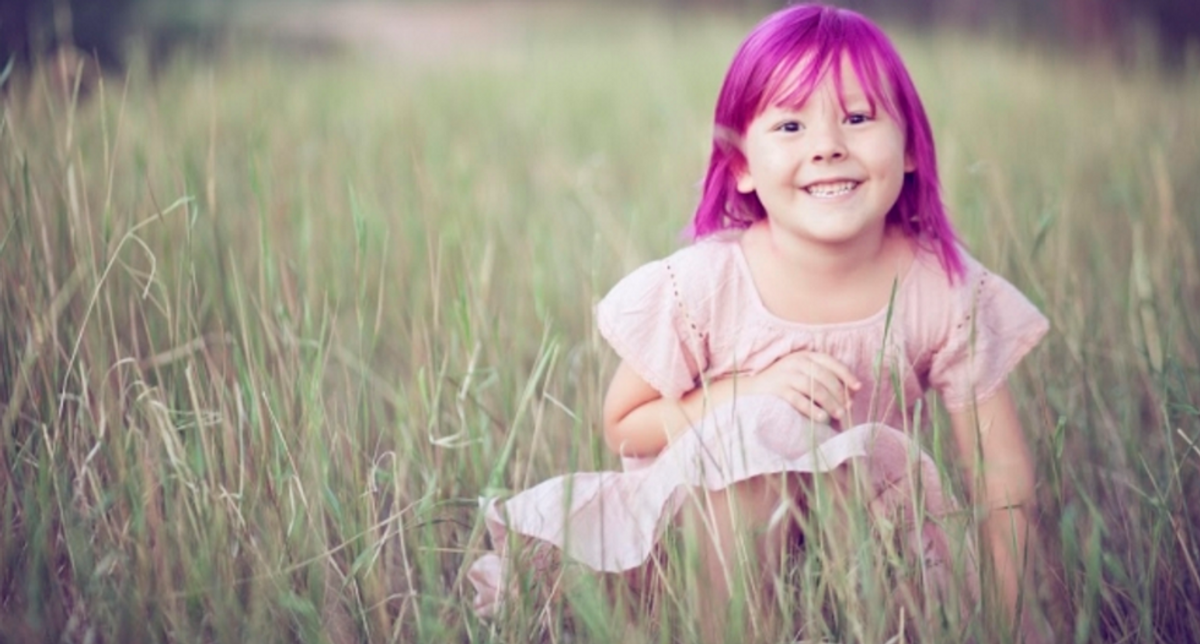 When someone tells you their personal gender pronoun, you don't get to disagree with them. Ever. A gender pronoun is not a preference nor a negotiation- but a word which represents an identity.

I am a cisgender female, which means I identify with the gender that corresponds to the sex that I was born with. I am biologically female, and my gender is female as well. I have never dealt with dysphoria or the hardships and difficulties of determining my gender identity. I certainly cannot speak for those who have fought to claim their gender in a world that misjudges gender and sexuality minorities.

However, I strongly believe that people in general are harshly undereducated about gender pronouns and the importance of their correct usage.

"A pronoun is a word that refers to either the people talking (like I or you) or someone or something that is being talked about (like she, it, them, and this). Gender pronouns (like he and hers) specifically refer to people that you are talking about," is the definition given by the Lesbian, Gay, Bisexual, and Transgender Resource Center
In this article, I'll be frequently referring to personal gender pronouns . A personal gender pronoun is a pronoun a person uses to identify themselves.

Let's also remember that sex and gender are not interchangeable. "Sex includes physical attributes such as external genitalia, sex chromosomes, gonads, sex hormones, and internal reproductive structures. At birth, it is used to assign sex, that is, to identify individuals as male or female. Gender on the other hand, is one’s internal sense of self as male, female, both or neither " - Gender Spectrum

I recently received a message on Facebook from a young man who knew I am involved in the LGBTQ community and had questions about respecting gender identities. I thought it was wonderful to see someone reaching out for more information about a subject they were unfamiliar with.

He asked, "Do you think it's necessary to be referred to as or called that pronoun?"

I commended him for asking the question. I think this question reflects society as a whole being relatively undereducated about gender and are either afraid or unwilling to ask.

In response to the question...It is absolutely necessary to use someone's personal gender pronoun. It is not your choice or decision what to label someone's gender. Your decision is whether you respect or oppress them with your words. You cannot tell someone's gender simply by looking at them or assuming based on gender stereotypes. "It is a privilege to not have to worry about what pronoun someone is going to use for you based on how they perceive your gender. If you have this privilege, yet fail to respect someone else's gender identity, it is not only disrespectful and hurtful, but also oppressive. When someone is referred to by the wrong pronoun, it can make them feel disrespected, invalidated, dismissed, alienated, or dysphoric." - Lesbian, Gay, Bisexual, and Transgender Resource Center

Intentionally calling someone by the wrong pronoun or assuming their personal gender pronoun without asking can be damaging. Imagine if someone called you by the wrong name every time you spoke to them, even after you'd corrected them. To be misidentified is disrespectful. It can cause oppression, dysphoria, and feelings of invalidation.

If you're unsure of how to ask someone what pronoun they use- it is simpler than you may think. Start by asking "What pronoun do you use?". I promise it will make you feel less uncomfortable asking than it would to have your gender wrongly assumed.

Oftentimes at conventions or events, name tags are provided that have a space for both your name AND your personal pronoun. It's great. If you're in that situation, it's the perfect way to ensure that you are respecting the pronoun of the person you are speaking to. It's also a great way for YOU to make YOUR personal pronoun known to those you are conversing with.

Historically, she/her and he/him are the most common pronouns. However, there are plenty of gender-neutral pronouns that are just as common. They/them/theirs is a common gender-neutral pronoun that is used in the singular. For instance, "they went for a walk because they were bored". Other commonly used pronouns are ze, hir, ne, ve, ze, and xe.

Here is a helpful website to learn more on how to properly use these pronouns.

Respect is the keyhole at the end of this equation. Respect comes from education and concern for the livelihood of others. Ask questions. Listen for answers. Remember that someone's gender is not your choice. Respect is.