Gender And The Bathroom
Odyssey

Gender And The Bathroom

Not all bathrooms are created equal. 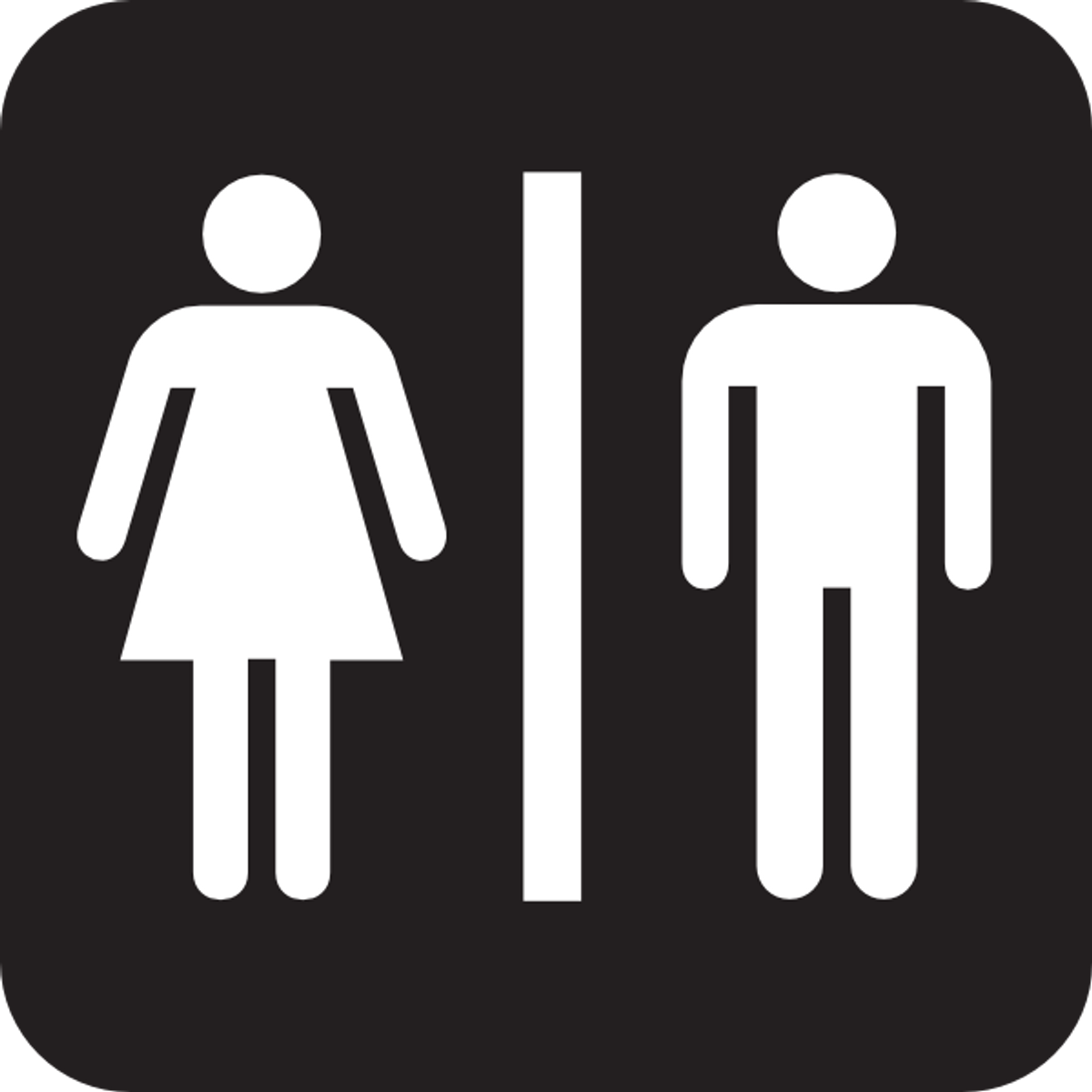 I was in a classroom working and overheard a female student comparing the girl’s bathroom to the boy’s bathroom with several of her male peers. One admitted shock, “You get trash cans in every stall?” The boys didn’t realize why girls get those until we pointed out that girls can be messy dealing with their period. The boys also didn’t have mirrors within their bathroom, had no paper towels, and the sink handles were broken. This can be attributed to the stereotypical gender traits associated with males and females.

Males are generally considered more aggressive than females. I have overheard other staff members at my school discussing that some of the boys once tore the paper towel dispenser off the wall and threw it into the trash can. The sink handles were broken by students pressing too hard on the handle, popping it off. The bathrooms that the boys received was one that they earned.

There is another major difference between the bathrooms; the boy’s bathroom could service five males at the same time, and the girl’s bathroom only four females. This inequality is indicative of the long lines at various events schools are host to.

This leads to the controversy that is going around the United States regarding the legislation written about bathroom usage. Most of the legislation proposed is limiting the use of bathrooms to solely sex lines: if you were born a male you must use the men’s restroom, the same for a female. There is an impact on the transgender community with these laws, however; making bathrooms of the opposite sex accessible to children that exhibit transgender (or “Gender Dysmorphia”) before puberty has hit them is wrong. Quoting Dr. Norman Spack, the co-director of the gender management clinic at Boston Children’s Hospital, “The first thing to know is that you can’t define children for sure until they hit puberty. We don’t have a litmus test.”

Puberty is an indicator of who someone will be. Will I grow breasts? Will I be tall? These are questions asked by many that are entering the hell that is puberty. Psychiatrist Dr. Stephen B. Levine of Case Western Reserve School of Medicine says, “What we need to understand is that in development, all of us get dramatically transformed over time, by forces we don’t fully understand.” Luckily for those in transition, there are ways to delay puberty. This gives much needed time for children, now adolescents and possibly teenagers, to make a choice on what they feel their true gender identity will be.

Younger children are typically accepting after being told something by a friend. If one of their friends happens to be named William but likes to play in dresses and with dolls, they will accept that. Same if said friend William used the boy’s restroom while wearing those dresses, they’ll accept that too. Children need understanding and help if they feel like they don’t belong in their body; however, that choice should not be finalized until they are in their teens. Ergo, the argument is made for them to still use the bathrooms of their birth-assigned gender until they reach their teen years.

The biggest reason that most people agree with the “Bathroom Bills” is the fear of those who will pretend that they are transgender and spy on the other sex within the restroom this way. Fear is a difficult factor to overcome.

What I’m trying to say is the bathrooms are unequal for everybody. Women must deal with long lines and fewer stalls compared to men that don’t always need a stall, and transgender people will get their gender-neutral bathrooms from Target. What the school system should do is make a plan for those that wish to transition. The reported population of transgender youth would be roughly 4 kids within a high school with a population of 2,000. That is roughly about .2% of the population of that school. A plan should be made on how to best accommodate those students, then accommodate them.

Bathrooms are unequal. But any solutions shouldn’t be.

All doctor quotes and statistics from “7 Questions Answered About Transgender People” by Mary Kathryn Burke. I have no idea what plans should be made, but feel that they should be made and placed within the high school and middle school/junior high campuses.