Ganging In The Community 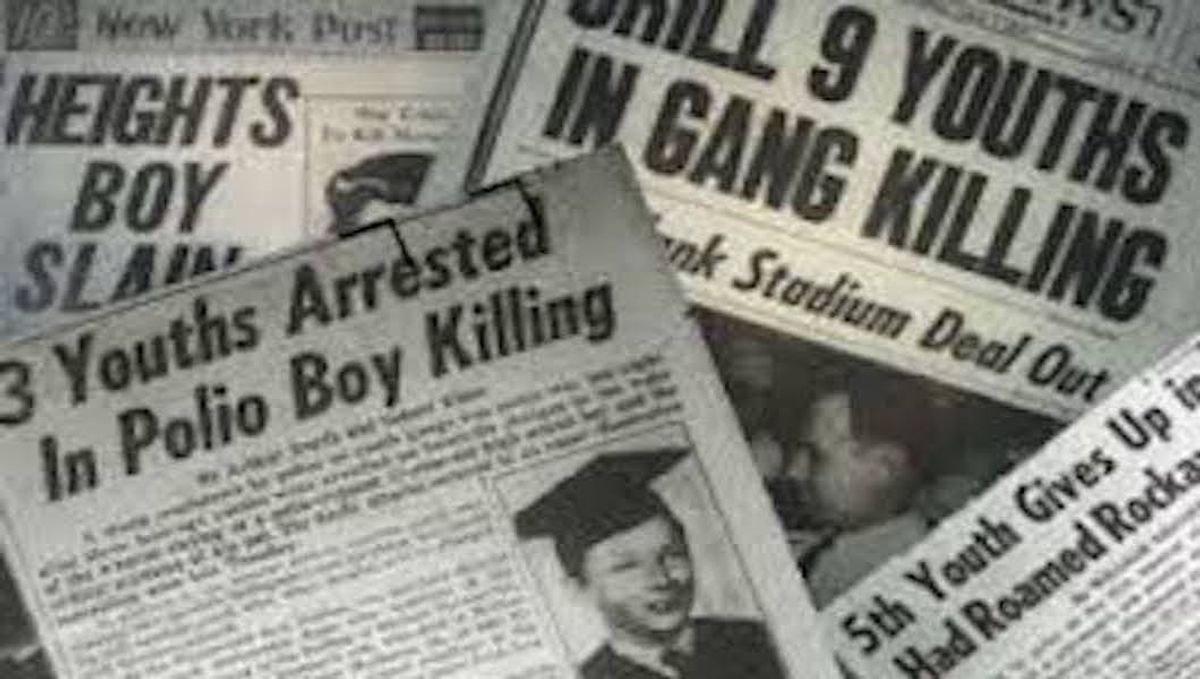 What is a gang? Gangs are when a group of individuals with similar values, characteristics, and goals join as one. There are different types of gangs across the nation. The characteristics and values that each group withholds is what sets them apart from their counterparts. There are three countries that I would like to focus on that includes Cuba, The United States, and France.

In Cuba, there has been a lot of gang related violence, and activity. In Havana, Cuba there is a well-known gang called Blood of Pain. Ernesto Chang arrived in Havana at the age of 15. He has explained that gangs relate to prostitution and pimping where he’s from. At this time of his life he then began joining gangs and hanging around the wrong people. This led to a mass shooting from his rivals. Gangs are present everywhere in Cuba, and has shown to have the same authority as the government. Per sociologist Maria del Carmen Cordero, after a mass shooting the gangs usually dissolve. However, shortly after the incidents five to ten new gangs are always created to feel the void. These gangs are made up of young children and adults, mainly who live in the poor parts of this country.

Although the gangs are meant to be tough and disruptive, they make sure to get tattoos to show their rivals where they get their protection from. Young gang members explain how they use their gang identities and background to bribe the police to let them stay in certain zones. There is a connection between gang violence and the youth. Many of them make their decisions based on gangs. The influence from their gang makes them kill, commit crimes, among other horrific actions.

There is an automatic assumption that gangs all bring trouble throughout the city only. Well, truth is gangs are everywhere throughout The United States, in urban areas that surround the suburbs and rural communities. For the last decade, there has been a prominent an evident broadcast of the gangs and their “violence”. The activity of gangs has been shown through music, films, videos, campaigns, and on the news. To bring more people into the gangs they advertise, and create social media groups to introduce those interested into joining. Globally gangs have shown a dominant presence by making it known that they are still around.

The gangs are making their way through racial, traditional, and social blockades to grow their associations. Growing up its hard to avoid the temptation of joining a gang. Although children are told not to join gangs it’s hard to not include themselves with a gang near them. Especially, with the influences being everywhere you look ,it can be extremely difficult to not get caught up in the gang webs. Most young millennials have been lured and introduced to the gang life before the early age of six or seven. Showing how strong the pull of gang’s persuasive words effect not only the community, but also the youth and their futures. There are many factors involved with why youth join gangs. Most risk factors and motivations that encourage youth gang involvement include peer pressure, family conditions, lack of school achievement, and community commotion. Children show low commitment to school, low school attachment, high levels of antisocial behavior in school, low achievement test scores, and identification as being learning disabled. This has been an evident behavior per behavioral psychologist’s, because of gangs being present in the communities.

Although, there may be many negative effects of gang violence, young people who become gang members become an economic burden on society. The cost of incarcerating gang members has been proven to exceed the annual expenses at top universities. The outcome of being incarcerated includes the lack of preparation for life on the outside, per Petersilia’s study.

Another overlooked effect of gang violence would be the medical financial factors. As an apparent statistic, gangs are a dangerous and expensive problem to businesses and communities.

Today’s gang activity has had an influence on many communities, more than we know it. Many people have either heard about the damage a gang brings, or has even encountered it themselves. In Los Angeles alone, there are more than 400 gangs with about 39,000 members total. That’s an entire population, of violence, standards, activity, theft, graffiti actions, among others. Gang Activity has caused business owners to lose their buildings, and business. This then results in a shortage of customers, and patronizing the business throughout the future.

Long term studies have shown that that gang membership in youth can determine later involvement of the generations that follow. Along with gang activity, comes gang violence. This includes firearms, drugs, and feeling unsafe in neighborhoods (high crime). It has been proven that the presence of gang’s influence family corruption, including broken homes and parental drug/alcohol abuse. Troubled abuse then leads to lack of adult role models, and parental control at home. Extreme economic deprivation, family management problems, sibling antisocial behavior; is a result of gang activity.

Like sororities, and fraternity’s gangs create nicknames for their members to be associated with. For example, well known gangs “Crips, Bloods, and Vice Lords”), have been around for a very long time. The creating of the names are not limited, some are names after streets or physical locations. Most gang members receive a specific name once they have been accepted into the group. Most names identify physical traits, skills, or the recruits character. For example, shorty, grumpy, black, white boy, etc.

Organized crimes in France include the Milieu. Which is a category of French organized criminals that operate France. In the history, the Milieu, which means middle were named the Godfathers and controlled most of France. Pigalle, Paris was the place where the important gagsters were based. This area held many robberies and were led by powerful gang members.

Enough about the negative aspect and statistics of gangs and what they bring to our nation. The ultimate question, how do we stop the gang violence? Creating neighborhood and crime watch groups can play an important role in stopping the high crime/ violence rates. Also, more police involvement could allow families to get more sleep and feel comfortable in their neighborhood, especially at night time.

Gangs are evident across the world and plays a main role in societies norms. Although the influences aren’t accepted there are at least one gang in the world. The presence of gangs has taken a toll on the lives of our youth but can be solved and reduced. To stop the violence communities, must step up and the government must provide more police services. Though communities with high crime rates can be a result of gangs, the future will crumble if we don’t stand up and put a stop to what’s going on. It may not happen and fix externally over night, but every change is a great change.