3 Things To Remember As We Head Into The Future

3 Things To Remember As We Head Into The Future

You're not the only one. 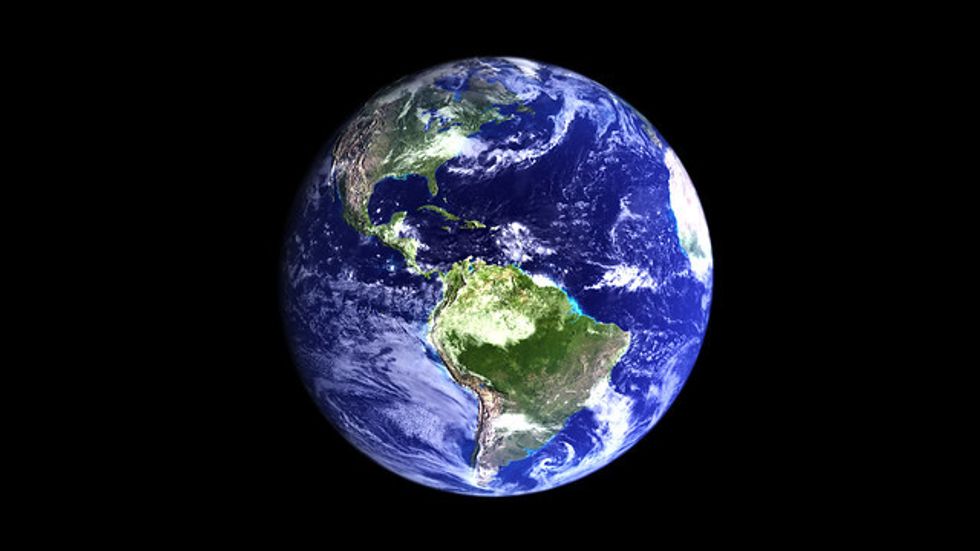 I really do. It's upsetting to know we're destroying the Earth but some people don't believe it (or worse, don't care). People still hunt for sport and litter. The Trump administration pulled the United States out of the Paris Agreement, and car companies still cheat on their emissions tests. There are a lot of reasons to feel despondent about the state of the world.

The future contains a multitude of problems that must be solved if we want to save our planet — and ourselves. It's easy to get overwhelmed and even easier to lose faith.

I know it's hard, but optimism is important right now. When you start feeling down about the state of the planet, remember these three simple facts.

Have you ever heard people argue against using plastic straws by saying that if everyone thinks, "it's just one straw," it adds up to billions of straws? They aren't wrong. It's like the bystander effect — if everyone thinks they don't need to take care of the Earth because someone else will, then no one will.

This can be applied in other, more positive ways. You might be reluctant to make changes to your habits because other people have already made those changes. But what if everyone changed their behavior?

Everything is expensive, but how you choose to spend your money matters. Do your research and find environmentally-friendly brands to support. Buying sustainable, local products whenever possible is just as significant as turning the faucet off when you brush your teeth.

Environmentally-friendly products can sometimes be expensive. If you can't afford those, it's OK. Instead, make sure you're buying from brands who have the same ideals as you. If a company has high pollution emissions or supports big oil, don't buy from them. By not using their products, you're doing your part.

If you have a little extra money to spend, donate to an organization that helps save the planet. Even if your donation is small, the money is still going toward a good cause you're passionate about.

You decide how, and where, your money is spent. If you're passionate about saving the Earth, your actions should reflect that.

I know it doesn't seem like it, but they do. There are people who choose to ignore the effects of climate change and habitat loss on the planet, but there are so many more who do care.

The people who care put in the effort. They bring reusable bags to the grocery store and buy locally. There are many ways to reduce your carbon footprint, all you have to do is put in work.

If you want the world to change, you have to change it. The future is uncertain, and I know it's scary, but things won't get better unless everyone does their part.

life stages
Report this Content
This article has not been reviewed by Odyssey HQ and solely reflects the ideas and opinions of the creator.
Swoon

Live By These 19 Sayings Going Into The New Year

How to Win 'Clue' Every Time

The New Vol's Guide To Move-In Day At UTK

Feeling Unappreciated? Here Are 5 Things You Can Do To Boost Your Spirits

The Pros And Cons Of Having Too Much Free Time