The Greatest Life Lesson We Can All Learn from 'Funny Girl'

In honor of the 50th anniversary of the 1968 dramedy musical starring Barbara Streisand, as the incomparable Fanny Brice, here is the biggest life lesson we can all take away from the film. 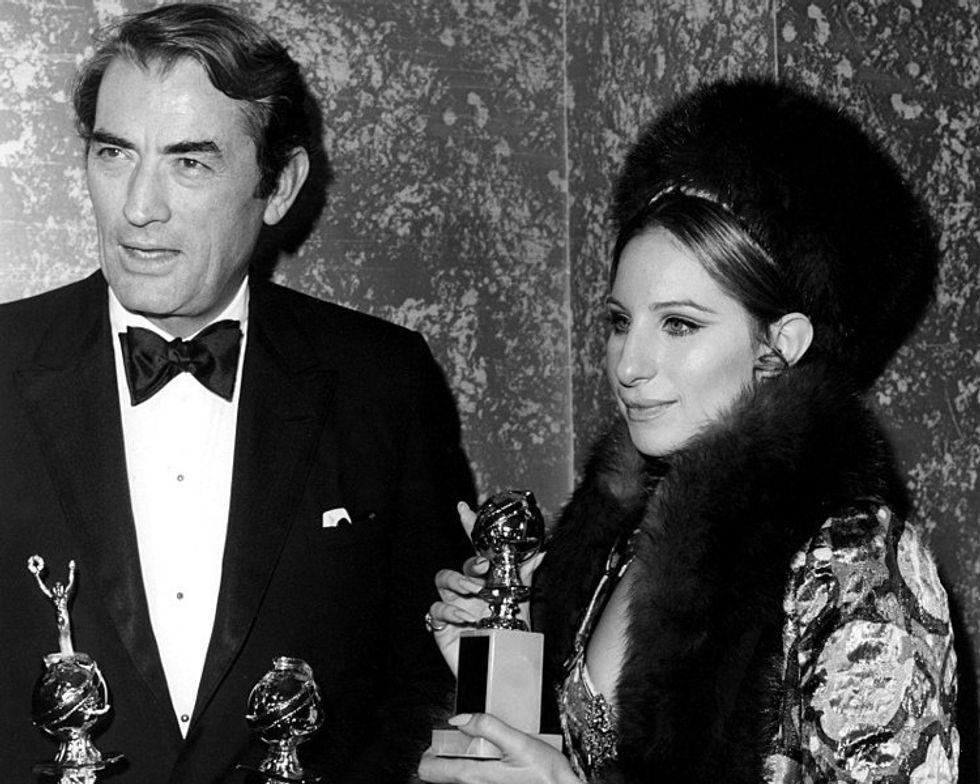 Fifty years ago the dramedy musical starring Barbara Streisand as Fanny Brice, the supposedly "not" pretty but immensely talented and funny girl, was released. Some may have seen the actual film or a Broadway play rendition or know about it due to Rachel from "Glee" (yes, a major blast from the past) and her deep admiration for both the Babs and Fanny Brice herself. Well, whether you have seen, heard of, never watched, or want to watch this great film there is one major life lesson we can all learn from Fanny Brice herself.

For context, I am just going to give a little background on the musical so if you haven't seen it you are not completely and utterly lost and confused. Yes, a major plot of this musical is a (surprise!) love story between Fanny and a suave, troubled businessman Nick Arnstein. However, as much as I am a true sucker for romance and all that jazz, I really want to focus on the parts of the musical when Fanny finds strength from herself without a man. Chant with me sisters!

Anyway, before meeting the handsome, yet dubious businessman Fanny is just a young, starry-eyed bit player on the New York City vaudeville stage (sorry this play starts right before World War I) which is basically a small show with comedic acts that have nothing to do with each other placed together. Getting back to the main point, through her hard work, talent, and relentless dedication Fanny works herself up to stardom on Broadway by impressing the renowned Florenz Ziegfeld. She thrives. Difficult decisions, heartache, pain, amazing singing, more pain, more difficult decisions, love, loss, and the whole shebang follow. If you are not enthralled yet I do not know what will capture your attention.

By now, you're are probably wondering why I haven't stated what said piece of advice is. And if you calm down and keep reading for just a little bit longer, I will get to it. I like to build suspense, what can I say. But, more than anything I feel like this one piece of advice needs a building up to, a few words spoken beforehand so it isn't just tossed aside and labeled as cheesy, cliched, and overstated. This is a life lesson I think we all need reminding of from time to time, no matter what walk of life or job you want or type of existence you want to lead. Fanny Brice, more than anything, teaches the greatest life lesson to never give up on your dreams.

OKAY, I know I just stated how I didn't want the advice to be classified as cheesy and cliched, but it really does sound like that. It's something we've all seen written on a motivational poster pasted on the walls of our fifth grade classroom with an astronaut giving a thumbs-up as he heads into space. However, it is something I think we all need reminding of, especially in the tender years of college when it seems everyone else around you knows exactly what their dreams are and how to achieve them.

It is so easy to get lost in feelings of doubt and pity; however, as Fanny Brice faces rejection after rejection and never gives up one cannot help but draw inner-strength from seeing this courageous woman never for a moment doubt her dreams. She may at times doubt the actions and decisions of those around her (namely, the decision to not hire her) but she never doubts her own abilities and talents. To quote an amazing musical number from the musical "I'm the greatest star, I am by far! But no one knows it!" So, the next time you doubt yourself, stop and think about what could have not been for Fanny had she given up on her dreams and what could not be for you.

Fanny gives it to us simple and up-front, she doesn't think she's pretty but she doesn't care. In fact, she lets her mother and her mother's goofy friends sing a whole song called "If A Girl Isn't Pretty", aimed unashamedly at her, right after she sings about being the greatest star. She just brushes them off, cuts into their songs with her own fierce feedback asking "Is a nose with deviation such a crime against the nation?" and gets back to doing her thing. A true inspiration. She is not going to let anyone or anything bring her down. Go Fanny!

The true testament to Fanny reminding us to never give up on our dream comes and she struts through a pre-war train station in fine, dazzling, and grand clothes singing, nay belting, "Don't Rain On My Parade." Fanny announces she's going to live and she's going to live now. And that is exactly what she does. Follows her dreams and follows her heart without great, without doubt. And that is something we can all draw strength from and something we should all remind ourselves to do a little more often.

If you haven't already seen "Funny Girl", I couldn't recommend it any higher than I already have. Happy 50th anniversary to a film that brings to life one of the boldest female characters of the mid-20th century. And thank you to the incomparable Barbara Streisand for giving a voice to a great women and story.