​From The Millennial Binge-Watching ‘Friends’ In 2018
Odyssey

​From The Millennial Binge-Watching ‘Friends’ In 2018

They'll be there for us until the end of time. 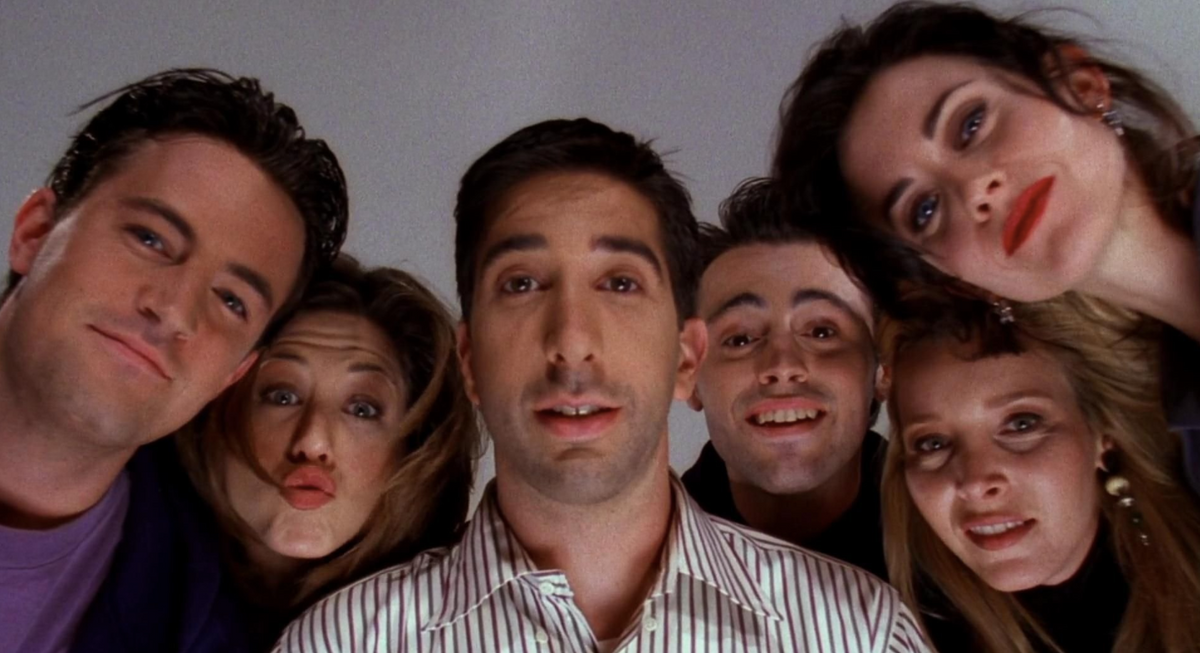 Lately, I have been re-watching the tv show, “Friends,” and I don’t regret it one bit. I have probably been watching too many episodes per day, but it’s easy to watch at least a quarter of a season in a day. Twenty minute episodes seem to fly by, and so it’s easy to watch a bunch in a seemingly short amount of time.

It’s also a show that just flows well, with a good storyline that is hard to get tired of. In my opinion, it’s not one of those tv shows that start to be predictable after a while.

This time around, I have started noticing similarities in certain character traits and mannerisms of the “Friends” characters to me and my own friends.

The group of six is well-rounded. They all tend to enjoy different things. Phoebe’s kind of the “weird” one who gives massages, says random things and tends to respond strangely in conversations. Rachel loves fashion, is a little ditzy,

Joey is a lovable character who aspires to be an actor. Chandler — well, we really don’t know what he does. He workswith numbers and is formally works in “Statistical analysis and data reconfiguration,” but according to Rachel, he’s a “transponster.” Monica, the chef of the group, has OCD, and is a huge clean freak, always being very particular about where things are in her apartment, as well as how they are cleaned. Ross is the doctor (PhD holder), and he likes to inform people of that fact when he meets them.

Watching “Friends” makes me feel closer to my own friends somehow. I have a different group dynamic, I think, because I have a couple different circles of friends, who occasionally merge together at various house gatherings. But I wouldn’t say as a whole, and a group, that me and my friends are as closely-knit as the six famous people who mapped the way for the best tv friendships in the 1990’s.

Earlier this month, one of my friends showed me the fake movie reunion trailer that has been floating around for a while now, and I was so disappointed to read that it was fan made and therefore not happening anytime soon. I was skeptical during the trailer, though, because “Phoebe” is a doctor, and “Monica” and “Chandler” are supposedly split up.

It was sad to find that it was fake, but also relieving because everyone knows that the sequel is never as great as the original. For example, "Gilmore Girls" (GG) versus the GG revival. Not as quality. Of course, I still watched—Gilmores and Stars Hollow forever—but it definitely was not a satisfying ending to the four-part series.

Back to “Friends,” everything about it shouts adulthood—growing up, learning, making mistakes, enduring hardships, but ultimately having good times along the way. Completely relatable to becoming an adult.

Even the theme song is relatable. “No one told you life was gonna be this way” is true because no one really prepares you for growing up. Sure people say, it’s going to be different when you graduate, whether it’s from high school or college, and beyond that, but nothing truly prepares you. True friends follow the “I’ll be there for you” motto, because they will be there when you need them the most, but not always. They’ll have adult responsibilities too.

Let’s not forget the iconic four time clap during the opening credits theme song, towards the beginning, that any true fan or enthusiast will be disappointed in themselves for if they miss it.

"Friends" forever, because this show is truly timeless for some. I know I’ll never grow tired of it.

Emma Hyatt
303
The Truth About My Parents' Divorce