From The Lowcounty To The Upstate

From the beach to the mountains, there is so much to learn. 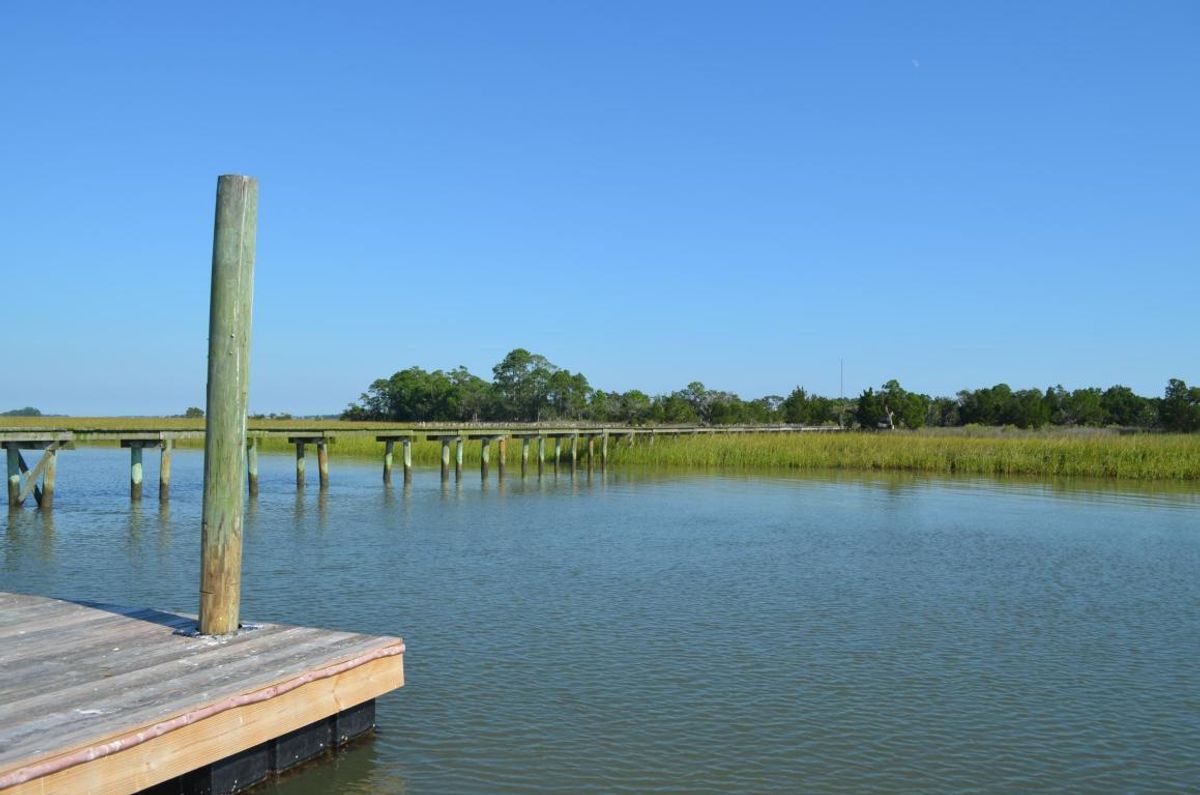 I spent the first eighteen years of my life (and a significant part of my adult life) in the Lowcounty area of Charleston, SC. Summer was a great adventure growing up along the banks of the Stono River. I lived in a small neighborhood at the foot of the old Limehouse bridge; A swing bridge that turned sideways to let boats go through. There were only about 20 houses in our neighborhood. There was a dirt road leading off the main highway that formed a circle of about 1/2 mile. There were houses on the main river, houses on the inner circle with just a view of the water, and just off the circle was a small extension of the circle where my house stood. We had a dock in the back yard on the main canal that led to the river. The lots that were not developed were thickly wooded areas filled with trees and wildlife.

The tides played a big part in planning our day. At low tide, only pluff mud and fiddler crabs were in the canal. We occasionally braved the mud to chase the fiddler crabs as our feet sunk into the thick black goo. The tide had to be about half in before there was enough water to swim or get in the old john boat. High tide in mid-afternoon was the ideal. We would be in/on the water from lunchtime until dinner. In the evenings, we would shrimp or crab from the dock.

We loved the woods. They were filled with honeysuckle vines. We would sit and pick the honeysuckle, gently pulling the stem to get the tiny bit of nectar on our tongue. We picked wild blackberries and ate them on the spot. We were yet unaware of all the things in our world that would soon prove to kill laboratory rats. The woods were filled with tics, red bugs, spiders, and more but we rarely encountered any problems. We did come across snakes a few times but always out ran them. We loved catching Daddy Long Legs and fireflies. We would sit and dig in the sandy soil and find shark’s teeth. We had several small jars filled with them. We were always filled with awe as we thought that our homes were once covered with water and sharks.

I am going to miss Lowcountry. I am now living in the Upstate area. The Lowcountry is designated as such because many areas are below sea level. The Upstate gets its name from - well, being up at the top of the state.

I am still discovering the differences between the Lowcountry and the Upstate. The first thing I notice is that unless you are in Greenville during rush hour traffic, it is not nearly as congested here. Drivers don’t seem nearly as aggressive as they did in Charleston. There are also at least a dozen ways to get anywhere. Most of the ways will lead you along two lane roads with a variety of farms and animals such as cows, goats, sheep, cows, horses, and more cows.

The weather here is a bit milder. It isn’t nearly as humid as Charleston. The winters will bring more snow than I am used to seeing in the Lowcountry. I am excited to see the changing colors of the leaves this Fall this year. The Upstate is very close to the mountains. Ashville is less than a two hour drive. That means the beach is four hours away. No more day trips to the ocean.

The biggest difference living in the Upstate will be leaving my friends and some family in Charleston. Charleston will always be “home” in my heart. I will always be drawn to the smell of pluff mud and sounds of the ocean waves. I have already begun to see the beauty of the Upstate and the lakes. My daughter and son in law are moving here as well and my best friend and her family live here so I already have a start on my tribe here. I am excited to learn more about my new home here in the Upstate.

I would love to hear your ideas about favorite places or things to do in the Upstate!

Nicole Marie Nigro
Individual Creator
4276
c1.staticflickr.com
Where to start...... Let me start with the cliche that life throws us curveballs and what we do with it is what counts.