From 197 to 198, Will We Soon Be Seeing A New Nation?
Odyssey
CurrentlySwoonLifestyleHealth & WellnessStudent LifeContent InspirationEntertainmentPolitics and ActivismSportsAdulting
About usAdvertiseTermsPrivacyDMCAContact us
® 2023 ODYSSEY
Welcome back
Sign in to comment to your favorite stories, participate in your community and interact with your friends
or
LOG IN WITH FACEBOOK
No account? Create one
Start writing a post
Politics

A brief overview of the Catalonia Independence Referendum. 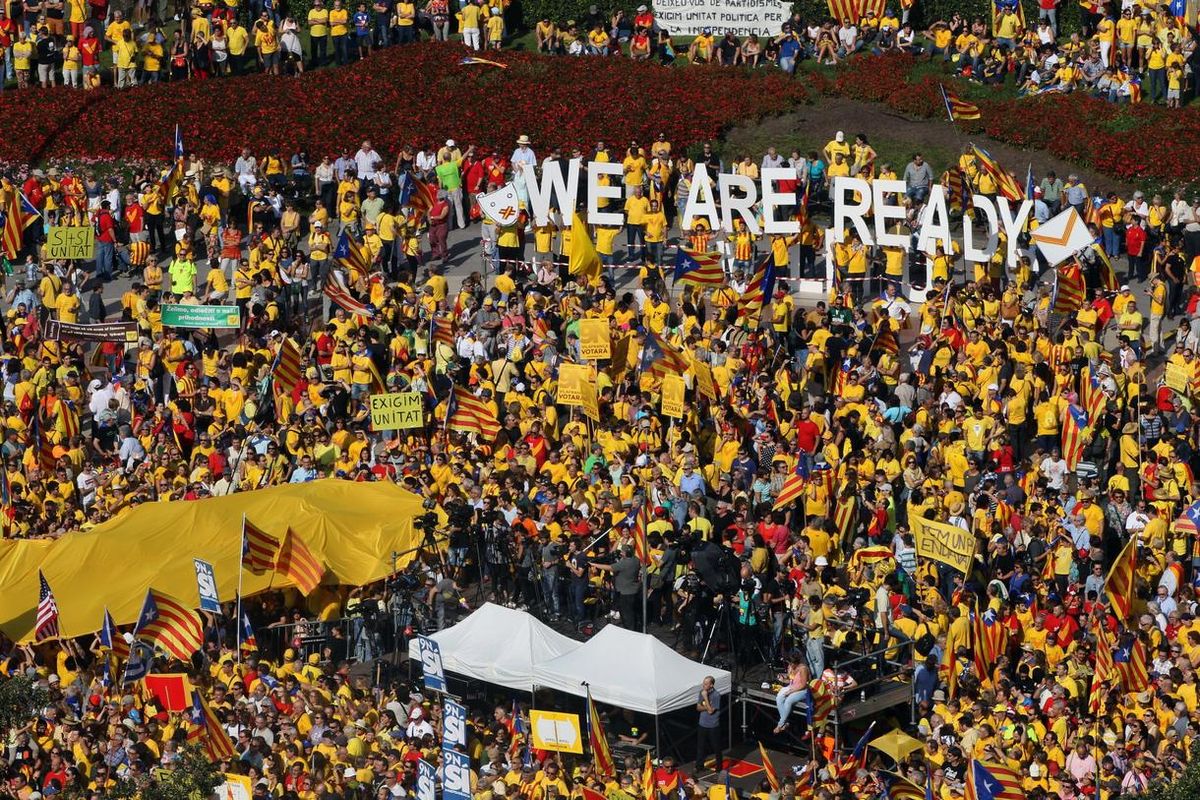 The unique thing about the world we live in today is that with the creation of countries came the idea that different groups of people could coexist in one area with one form of leadership. No longer was the norm tribal relationships, those who share a culture, language and some ancestral heritage living as one tribe either peacefully or pitted against the many others tribes; But where there are different groups of people with different goals and principles, there is bound to be discontent and disagreement.

So from 197 known and recognized countries, there is a group of people who would like to increase this count to 198...but this won't happen without a fight.

The Catalonia region, a wealthy region in northeast Spain, had an independence referendum on October 1st, 2017, although this vote was deemed as unconstitutional by the Spanish courts. The people of Catalonia did not just wake up one day and decide they wanted to start a revolution. The idea of independence is one that has been articulated in the region for a few years. Catalonia is one of the 17 autonomous provinces of Spain, meaning it has its own regional government, Generalitat, which has power over the region's healthcare, education and tax collection, as most governments do. As a region of Spain, Catalonia pays tax to Madrid but many politicians in the region argue that the redistribution of tax revenue is unfair to wealthier areas such as themselves. Many in the region also argue that Catalonia is its own nation with a separate history, culture, and language (Catalan), and therefore it should have increased fiscal independence.

Back in 2006, Catalonia was granted "nation" status by the Spanish government. They received financial control of the region. Yet in 2010, the Constitutional Court ruled that although Catalan is a "nationality," Catalonia itself is not a nation. It was this year then, that the campaign for independence in Catalonia increased as this was also the year that Spain's economy plunged during the financial crisis. Momentum towards independence further grew in 2014 when the Scottish had their own independence referendum.

As one can assume, the fight for independence is never peaceful. As the referendum was deemed illegal and unconstitutional, the Spanish national police led a crackdown on Catalonia's referendum where they raided polling stations and seized ballots. Officials in the region have said that upwards of 800 people were injured as the police shot rubber bullets and battered voters with batons. Although Prime Minister Mariano Rajoy said that the referendum did not happen and that many Catalans participated in an illegal vote, Catalan President Carles Puigdemont said that they have won the right to an independent state.

Many people have questions concerning the chaotic state in Catalonia ranging from whether the violence would continue to whether FC Barcelona would have to leave Spain's La Liga. Many also wonder if the Catalan actually continues with their push towards independence, the likelihood of Catalonia joining the EU, which would have to be approved by every nation in the EU, including Spain. How long would it actually take for Catalonia to join the EU if given the chance? The last nation to join was Croatia in 2013 after the nation first applied for membership in 2003.

This is quite a complex situation which makes it all the more difficult for outsiders to understand. There is a lot of uncertainty surrounding the situation as neither side seems any closer to compromise.

Where do you stand?

Nicole Marie Nigro
Individual Creator
4254
c1.staticflickr.com
Where to start...... Let me start with the cliche that life throws us curveballs and what we do with it is what counts.