Freddie Mercury: The Artist That Changed My Life.
Odyssey

Freddie Mercury: The Artist That Changed My Life.

I see a little silhouette of a man. 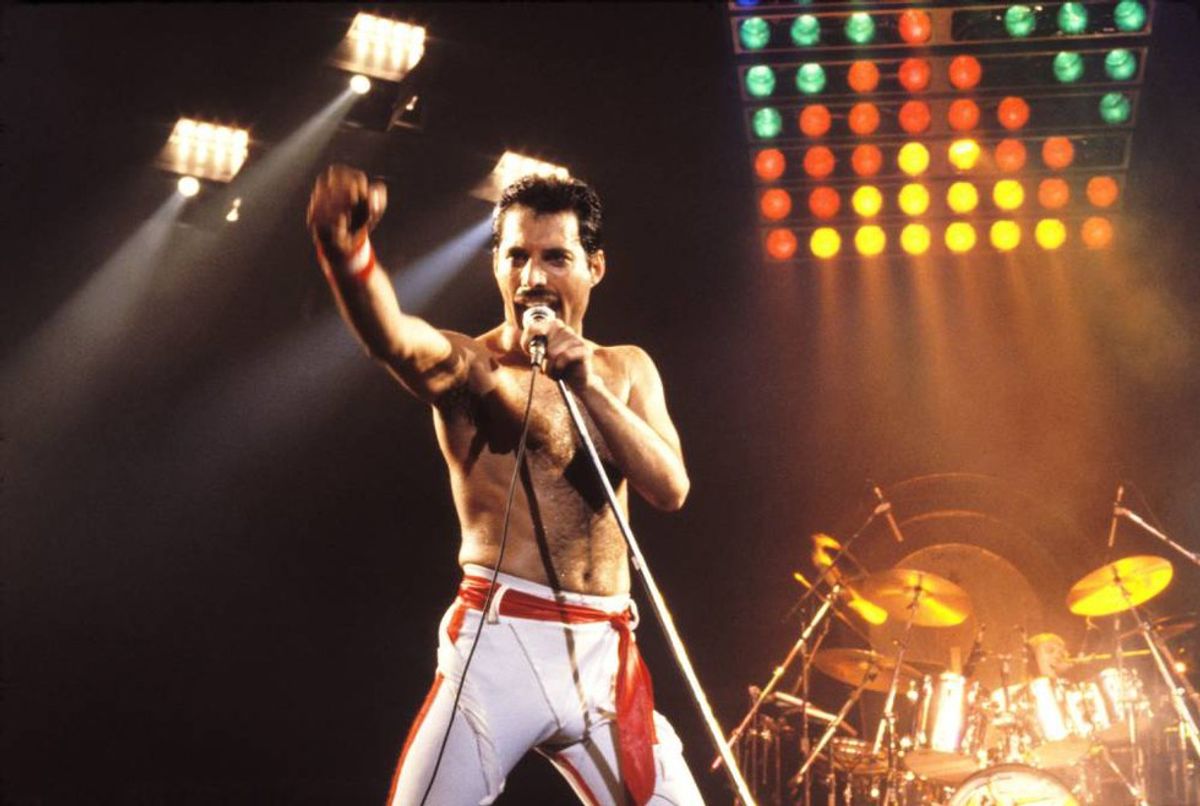 I remember the first time I laid eyes on Freddie Mercury—well, I only remember because of what my family told me. I was two years old and the music video for "Bohemian Rhapsody" came on. They tell me I was singing and dancing, knowing the song word for word. I was in love with Freddie Mercury at such a young age. There was something about him that drew me to him, he had such a magical energy about him that I wanted to know more. I wasn't able to physically know who he was until I was about 12 years old. My parents bought me all of Queen's greatest hits albums and I learned every song. When I say learn, I mean I listened to the entire song. I analyzed the lyrics to understand the meaning to every single song. Each one had a meaning, whether it was hidden or it was just for fun, it had a meaning.

When I first watching the "Bohemian Rhapsody" music video, I first noticed the black fingernail polish while he was playing the piano. I was so enthralled and partially confused on why this man had on nail polish. Only girls were supposed to wear nail polish, right? Nope. Not Freddie Mercury. He gave society the middle finger every time he went against the norm of people's standards. The black and white printed leotard was another one. Freddie made me realize at a young age that it's okay to be different and OK to have a unique style. He also helped me understand that it's okay to go against what society tells you whether you're a male or female.

The song "Under Pressure" was written by him and David Bowie. If you actually read the lyrics, you will see what I mean when I say his talent went beyond then just his voice:

Pressure pushing down on me

Pressing down on you, no man ask for
Under pressure that burns a building down
Splits a family in two
Puts people on streets

It's the terror of knowing
What this world is about
Watching some good friends
Screaming, "Let me out!"
Tomorrow gets me higher
Pressure on people—people on streets

It's the terror of knowing
What this world is about
Watching some good friends
Screaming, "Let me out!"
Tomorrow gets me higher, higher, higher...
Pressure on people—people on streets

Turned away from it all like a blind man
Sat on a fence but it don't work
Keep coming up with love but it's so slashed and torn
Why, why, why?

That entire song right there shows an entire message they were trying to get across. Look at the entire world we are living in; young children and adults are living on the streets because of certain pressure that we all have to go through. Why does love make us hurt sometime? Why is love in this day in age being destroyed by hate?

I remember when someone used the disgusting word "faggot" to describe Freddie Mercury. He was an obvious gay man, but did that really stop millions of people from loving his music? He didn't care what people thought about him, he didn't care about certain standards you had to meet. Back then, people were afraid of gay men because that's when the AIDS epidemic was first coming into play. They thought that if you touched a gay man you would get infected. Those people were ignorant and had no idea how the disease came into play. Anyone can get infected by HIV/AIDS. A straight couple could get infected by have unprotected sex, you can also get infected if you shared a needle, and a homosexual couple can get it by sharing needles or having unprotected sex as well. It wasn't just a "homosexual" disease.

All Freddie Mercury wanted to do was let all of us understand that we can do whatever we want, when we want and just follow your dreams. His fans were his family, his band was his family. He wanted all of us to love each other. He loved everybody. Men and women. There is nothing wrong with that; there is nothing selfish about it. I was able to come to grips with my own sexuality after years of trying to figure out who I was. After my mother died, I couldn't do that. His music helped me through my darkest times. I even got lyrics from one of his songs tattooed on my back. I love everybody, sometimes I wear my heart on my sleeve too much but that's who I am and I will never change that.

I wish I got to see him perform, and got to experience full force his magical energy. Unfortunately he lost his life to AIDS, a beautiful life cut short from a disease with no known cure...that we know of. I didn't know this man, but he changed my life in such a way I can't even really explain. I adore this man and I forever will. He changed the face of music, he helped millions of people. His legacy still lives on. Even after he left this world, he still left a mark in his final days. In Freddie's own words: the show must go on.