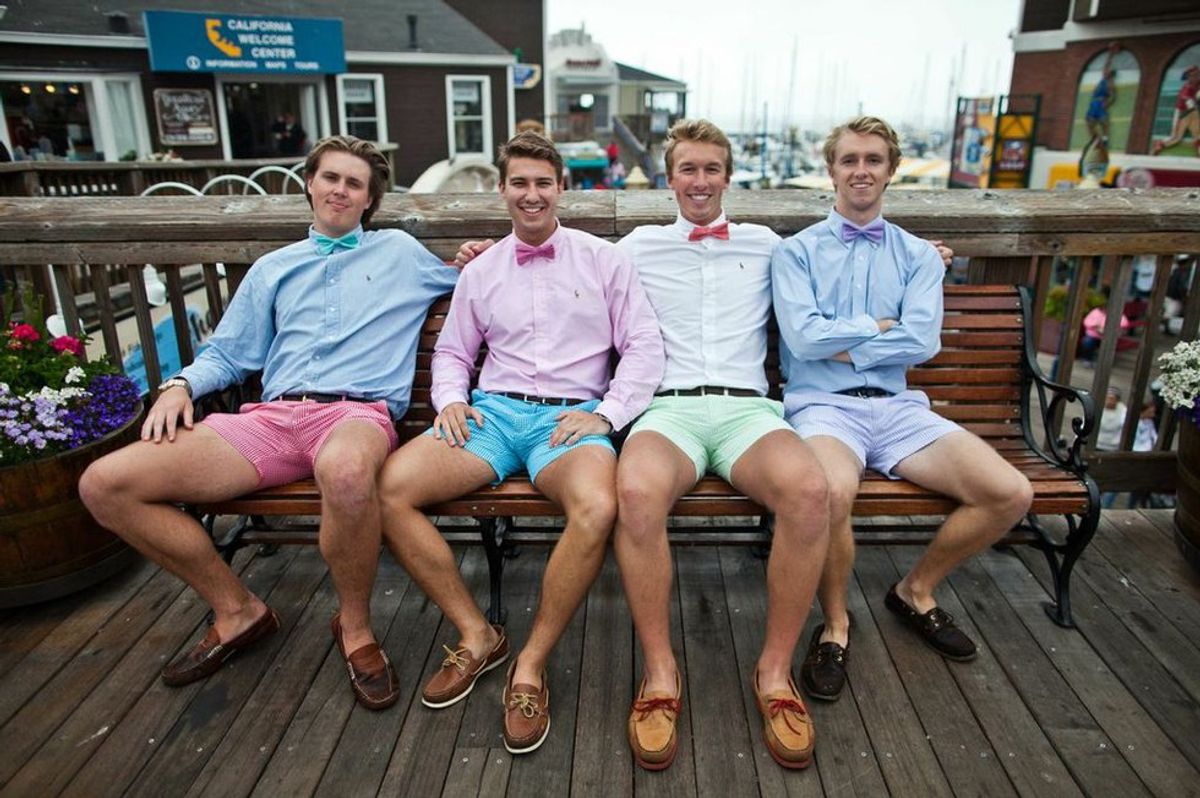 There are some guy names that you hear and have war flashbacks to college frat parties. These guys would be voted most likely to ask "who do you know here?" Every 3 a.m. "you up?" text was probably sent by one of these guys. They're colored-shorts-wearing, Natty-Light-drinkin' frat boys.

Very into "Lord of the Rings" and probably knows all the capitols of European countries.

He's so average looking, you won't recognize him when you see him on campus.

Equally as douchey as he is hot.

He's nicer than most of his brothers, but still kind of a douche.

He is as hot as they come.

He is probably going to take over his father's law firm after college.

He looks more like a surfer than a frat boy.

Probably has his letters tattooed somewhere on his body.

He doesn't go to all the parties, but he's still everyone's friend.

He's taken, and incredibly attractive, but probably cheating on his girlfriend.

He has the perfect dad bod.

He's the chapter treasurer because it will look good on applications and his parents made him fill out.

The king of wearing his hats backwards.

He's the captain of every intramural team, and does not lose.

Truly cares about every girl he talks to.

Has abs of a god and the GPA of someone who never goes to class.

Never knows whats going on, but somehow has a surprisingly high GPA.

Has a new girl every week.