I Found Myself By Getting Lost
Odyssey

I Found Myself By Getting Lost 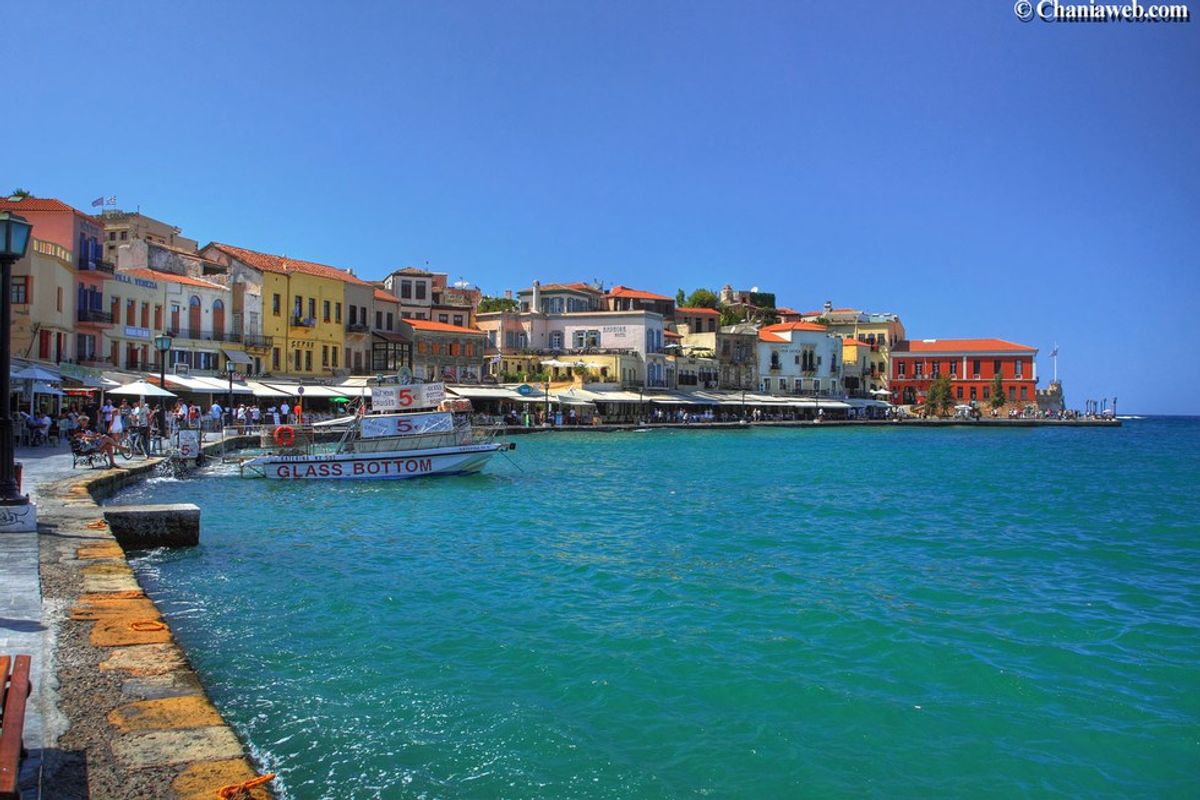 Let me preface by saying, it had been nineteen years since I had seen my family in Greece--so when my school held a three week excursion to the Motherland, it was obvious I'd apply. When most people travel, they travel because they want to go somewhere they've never been. Usually, that's some place they've found late night searching on Pinterest that they think will calm the wanderlust inside of them, so when a hundred or so people applied for this trip, I wasn't really surprised. When it came time for me to interview for the trip, I didn't tell the professor that I wanted to go on the trip for the oceans, the food, or the men (because when you're Greek, the last thing you go to Greece looking for is a Greek husband...) but to find myself. Now, it wasn't because I felt lost or like I wasn't sure of who I was as a person, but because I felt like, for the longest time, a part of me was missing--for the life of me, I couldn't figure out what. While some felt this trip may have been a vacation, I saw it as my own personal Mecca of sorts. It had been too long since I had gone home, and my mind said now was the time.

Surprisingly, my first 24 hours in Greece were actually terrible. I was so sick from the plane and all I wanted to do was shower. Nope. That's not what this trip was about. After being dragged through a meat market and a couple olive stands, I had my first real (sorry Mom) Greek meal--and it was the best meal I had ever had. This phrase will come up quite a bit because each meal I had was truly the best meal I had ever had, over and over again. Sidenote: people who post pictures of Chipotle burritos, In N Out burgers and large margaritas, you're fooling yourselves. Anyways, Athens turned out to be pretty cool, but too metropolitan for my liking. I still felt spiritually clogged.

Several days into my trip, I found myself in the small, mountainous towns of Delphi and Galaxidi. I found the lack of oxygen, walks through ancient ruins, and laid back life of port towns invariably refreshing. My days were filled with sunshine, fresh air, reading, and again, the best meals of my life. Never before had I been in a place so beautiful. It took some time, but I could feel myself slowly unwinding.

About halfway through my trip, I ended up on the island of Crete, which, was probably my favorite and most memorable leg of the trip. I spent six of the best days of my life tucked away at an argo-tourism estate nestled on a hill of orchards, groves and farms. Life was simple. Everything at the farm was self-sustained. We ate from what we had grown and each meal we ate, we ate together. I had amazing food, friends that became my family, good conversation, and equally delicious wine. There was a lot of that. It was there, during those six days, that I truly found what I was looking for.

Thirteen years ago, I lost one of the most special women in my life, my YiaYia. Although I was only eight at the time, I still have fond and vivid memories of her and I. She'd often say the phrase, "my love," which is something that not until recently, I found myself using quite regularly. As the years passed, I never forgot those memories, but yearned to remember and feel more as the milestones in my life passed one by one. I found that in Roula. Roula was possibly the closest resemblance to my own YiaYia that I'd ever find again. Her mannerisms, her voice, and her hospitality all mirrored that of a true Greek grandmother. The staff at the estate quickly became family and the estate became another home. We all enjoyed our daily "kalimera and kalinichta" together. Often times, we'd relax on the terrace after dinner and listen to Vassilis play his lyra and sing. I remember a particular moment on a warm night where we ate ice cream and Greek danced while Vassilis sang and played. It was right there, Greek dancing in Greece, without a care in the world, that I found myself. This was what the Greeks embodied. Years of crisis torn, poverty stricken, economically hard times had plagued this country and each day, the people of Greece woke up and got on with their badass selves, despite an unforeseeable future. The missing piece of my heart had been filled with the optimism and drive of my people who kept on, even in the worst of times. In those few moments, I found myself the most relaxed and happy I had been in a very long time, so it was no surprise that there were lots of tearful goodbyes as we departed for Chania.

Not a lot happened in Chania, but anything that did was life-changing. For starters, I hiked the Samaria Gorge. Things I highly recommend: climb the damn gorge, but go down, not up; stretch (for the love of Pete, please stretch;) and bring your own toilet paper because there is none. After getting my ass kicked by some rocks, swollen arms, and about four twisted ankles later, I was able to spend a couple hours with my family--family that still recognized me after nineteen years. After some more tears and another incredible meal, we parted ways, but not after I promised them I'd visit soon--a promise I still fully intend on keeping.

We ended our trip in Santorini, which is just as stunning as the pictures on Pinterest depict it to be. I stepped off of a cliff and landed somewhere near the rocks about 40 feet below. I wouldn't know where, only that it had to be pretty damn close considering the people on the bluff thought I was dead. I helped spend six hundred euro on one collective meal. I rode a donkey up and down 286 platforms covered in donkey shit and I LOVED EVERY SECOND OF IT. I got lost in my travels and ended up finding myself somewhere along the way, probably in multiple places. I missed my family, but I never really felt homesick because, to me, I was home.

My point is, sometimes you need to get lost to find yourself again. Whether it's just a part of you like it was for me, or you want to completely reinvent yourself, you need to start anew. It's scary and unfamiliar but that's where you find answers. I aspire to go back to Greece and fulfill my promise to my family, and to revisit each place I went, losing and finding myself yet again. So wherever you are, wherever you decide to go from there, do it wholeheartedly. Be willing to lose yourself, foster connections, and learn new things. I promise you that you will come back forever changed for the better and never regret a single second of it.