Forcing Athletes to Stand During the National Anthem is Fascist
Odyssey
CurrentlySwoonLifestyleHealth & WellnessStudent LifeContent InspirationEntertainmentPolitics and ActivismSportsAdulting
About usAdvertiseTermsPrivacyDMCAContact us
® 2023 ODYSSEY
Welcome back
Sign in to comment to your favorite stories, participate in your community and interact with your friends
or
LOG IN WITH FACEBOOK
No account? Create one
Start writing a post
Politics

Forcing Athletes to Stand During the National Anthem is Fascist

The new NFL policy raises a red flag for this country's direction. 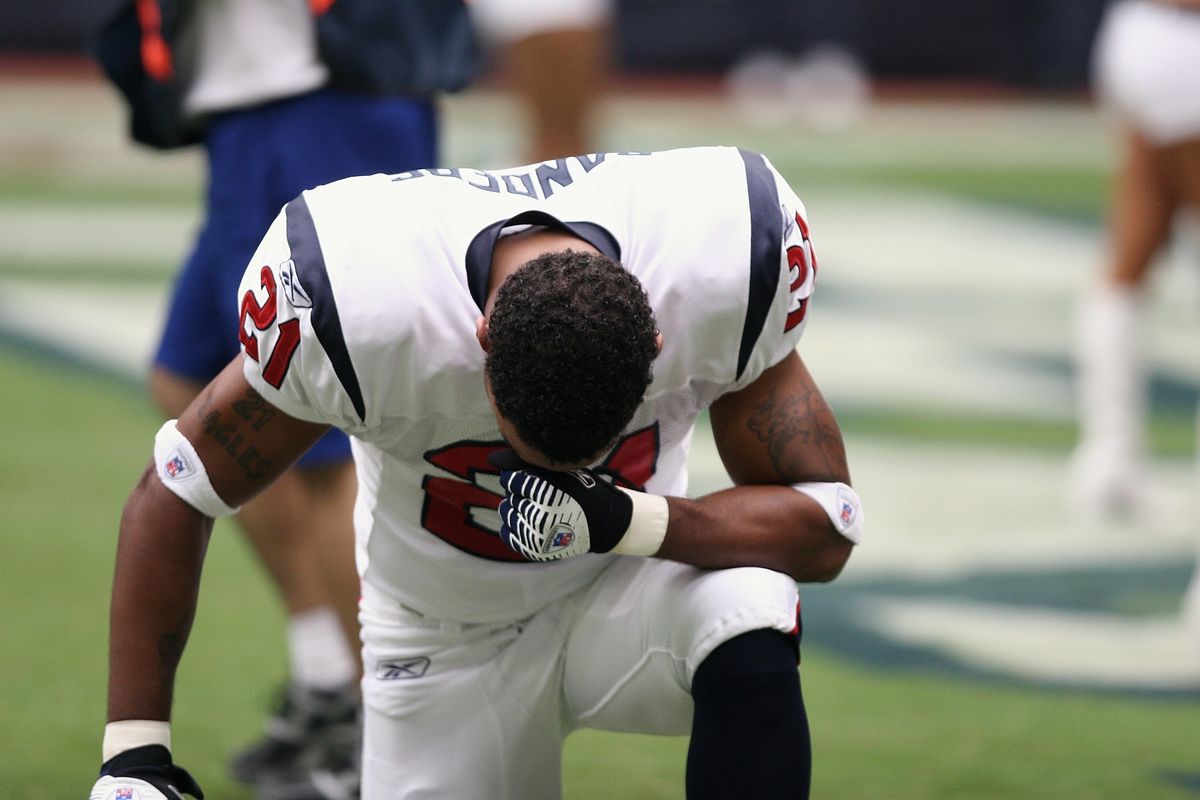 In 2016, American football quarterback of the San Francisco 49ers, Colin Kaepernick kneeled during the national anthem before the start of the games. He later described his actions as an act of protest against racial injustice in the United States. His protest had been met by praise as well as anger by activist and NFL fans alike. Many of the fans demanded Kaepernick be suspended and even jailed for not standing for the national anthem. The President of the United States, Donald Trump even tweeted “Get that son of a b**** off the field now. Out! He’s fired!”

Despite the outrage, the NFL allowed Kaepernick to continue playing, however he wasn’t drafted for the 2017 and again for 2018 despite his talent. Kaepernick wasn’t the only professional football player to kneel during the national anthem, Kaepernick also kneeled with teammate Eric Reid and later in the 2016 NFL preseason, Seattle Seahawks player Jeremy Lane also did not stand for the national anthem. In the regular season, other athletes including Denver Broncos player Brandon Marshall, as well as Jelani Jenkins, Arian Foster, Kenny Stills and Michael Thomas of the Miami Dolphins. More people protested in the 2017 season as well including twenty-seven members of the Baltimore Ravens and Jacksonville Jaguars during their game at Wembley Stadium in London. Protest continued throughout the season with players from various teams choosing to kneel, stay in the lockers or interlock arms during the national anthem. However, it was announced this year that the NFL created a policy banning players for displaying any form of protest during the national anthem. According to the policy, if an NFL athlete is protesting on the field during the national anthem at anytime, they will be subject to discipline from the league. Furthermore, the entire team will also be subject to discipline form the league following the incident. Discipline can include fines and even suspension.

In the past, the NFL didn’t require that the athletes stand for the national anthem, stating in the guidelines that they “should”stand for the anthem. Making this policy change removes the choice. Many who believe that this policy change is fair believe that standing for the flag and the anthem is a way to show patriotism for the country as well as people who have fought to protect this country. For me, this is similar to a school forcing children to stand during the pledge of allegiance, threatening kids detention or suspension if they don’t comply even if they don’t necessarily agree with what the pledge stands for. The issue with forcing people to be patriotic is that they aren’t given the choice to be proud of their country.

I feel a lot of people can agree that America as a country has major problems. It’s not perfect. And as a citizens, we shouldn’t be required to support that if we think it’s wrong. That’s why we protest. That’s why we speak out. There are countries past and present that don’t allow their citizens to speak out if there is something wrong. There are people who might feel that protesting is unpatriotic, but really it’s admitting that there are things that need to be fixed in this country and that it’s okay to admit that and start the conversation. Believing that you should support the country no matter what isn’t patriotism, it’s nationalism. And forcing people to be a twisted version of patriotic is definitely on a road to fascism.

If you want to consider yourself, patriotic, go ahead, but understand what that actually means. It doesn’t mean supporting the country no matter what. It means supporting the good things about your country and not the bad. And forcing people to support your country is what fascists do. It’s what dictators do. We are supposed to be the land of the free and a sport that advertises itself as iconically American forcing it’s athletes to stand “in respect” for a song and a flag is not free.

Nicole Marie Nigro
Individual Creator
8333
c1.staticflickr.com
Where to start...... Let me start with the cliche that life throws us curveballs and what we do with it is what counts.