The reason why everyone has an aversion to a dark copse of trees in the middle of nowhere. It's the stuff of legends and horror stories. 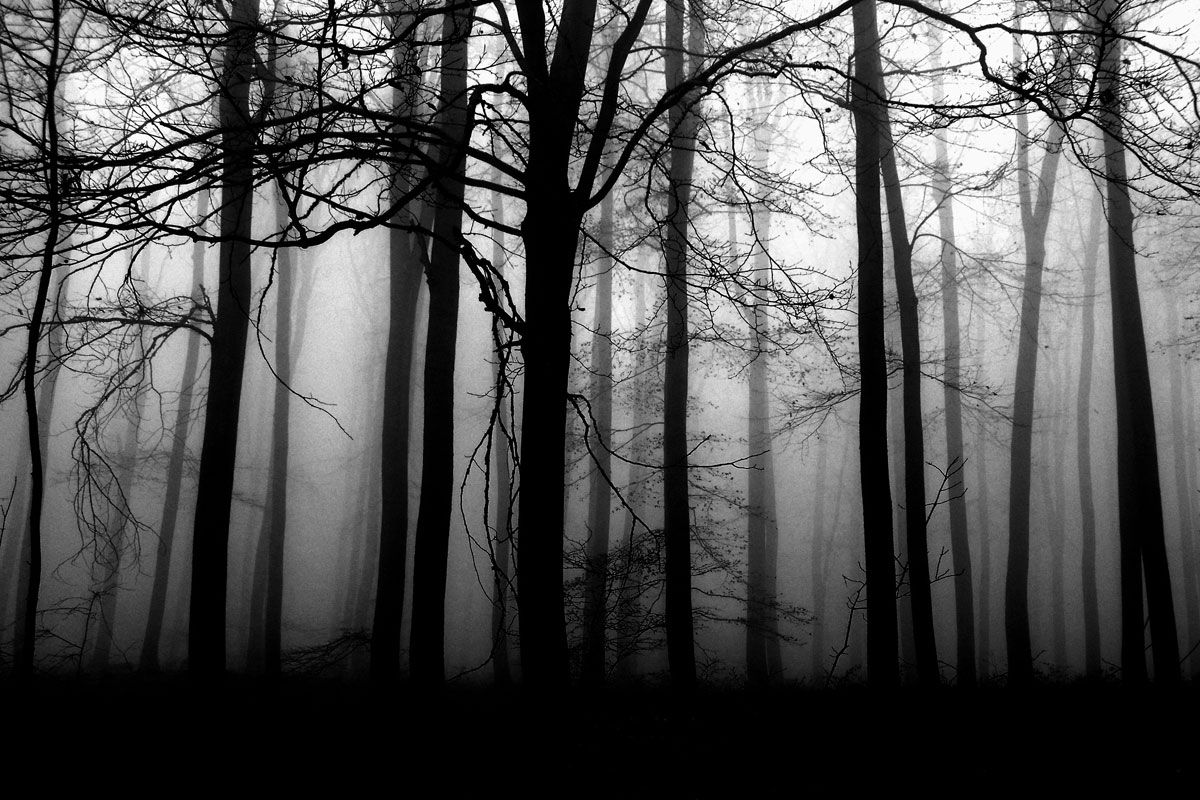 Every once in a while you’ll watch a movie or read a book that has the trope of a Forbidden or Dark Forest entwined in it. This forest is usually a source of fear or wonder to the characters in the book/movie, and usually contains supernatural creatures, magic, or danger.

Books such as the Harry Potter series and the Hobbit have a forest through which the main characters have to go for a task or mission.

In Harry Potter and the Sorcerer’s Stone, Harry, Malfoy, Neville and Hermione serve detention in the Forbidden Forest. They are told to go with Hagrid and find the wounded Unicorn whose blood was found spattered. When they split into two groups in this dark, creepy forest, you can tell things are about to get bad (music, tone, setting). Harry, Fang, and Malfoy find the unicorn, but quickly see that it’s being fed upon by a dark hooded figure. Harry’s two companions flee and he is attacked by Quirrell/Voldi. A centaur, Firenze, breaks out of the forest and chases the figure away, scooping up Harry. There are many short passages about the Hogwarts forest and its various monsters, and Hagrid teaches Care of Magical Creatures right at its entrance. Later on, Grawp and the centaurs take on Professor Umbridge in The Order of the Phoenix. {read Harry Potter tho}

In the Hobbit, the forest is an obstacle to Erebor which the crew of dwarves and a hobbit dread to pass through for most of the novel. When they finally store up their courage and supplies with Beorn, they push into Mirkwood (named so because the sun can’t penetrate the trees). Bomber falls into a deep sleep when he falls into a river, they travel for days on end and have no idea how far they've gone, and then the group is taken by giant spiders. Bilbo saves the dwarves with the help of the ring only for them all to be captured by the elves.

There are so many films with an magical, evil, or mysterious forest in their plot. Some of these are Quest for Camelot, Beauty and the Beast, Into the Woods, Into the Forest, and the Forest (the names are very original). I’ve seen four of these five, and each writer had a different way of making the forest alive and vivid.

I grew up watching Quest for Camelot, and I always loved the moment Kayley’s horse brings her into the Forbidden Forest. There is a crossroads which leads to Camelot or to the forest and obviously they take the dark and scary road. I love the liveliness of the forest in Quest for Camelot. Every tree, rock, flower, and beast has a personality which also beautifully connects to Garrett and Aidan. The griffin, dragons, ogre, and flying plants brought the Forest’s evil and magical natures together, and when the trio (or is it a quartet if the dragon has two heads?) exits the forest, I always feel a twinge of sadness to see it go.

Into the Woods also portrays the woods’s personality very well. Although I sort of hate the second act of the musical, I really enjoy the characters’ descriptions and reactions to the happenings in the forest, and how they often tribute things to the nature of the woods. The woods are beautiful but also give you the goosebumps for containing big bad wolves, witches, and eventually giants. In the very end, the evil of the movie is defeated and the kind baker adopts the three children to raise along with his own baby. They all entered the woods for different purposes but left as a family (that’s magic).

The Forest is about the Suicide Forest in Asia, and it was very trippy as a whole. When a person spends time in this malicious forest, they start hallucinating visually and audibly. The main character goes in to find her missing sister, and in her perseverance, stays too long in the woods. She begins to hear her sister and thinks she is living somewhere in the forest just out of reach. In the end, the malevolence of the forest causes her a deadly and ironic hallucination. The influence of these trees and atmosphere caused the characters to go crazy.

The wolves and snowy coldness dwell in the forest in Beauty and the Beast.

Novel/ Movie Into the Forest has girls trying to escape to the forest for safety and resources only to find trouble.The Forest of Hands and Teeth is about a zombie infested wood. Those are both centered around the dangers of the dark cover of trees, whereas Fern Gully takes place in a bright and happy forest (until evil strikes) and this reflects the trope of mystifying forests in films and books.

Overall, I just wanted to share how cool I think it is that forests show up very often throughout the history of literature. A Midsummer Night’s Dream takes place in a magical forest and every other horror legend and film is set in the woods and at night.

So when your gut says, “no, that forest is dark and creepy”, your gut is right; listen to your gut.