How Working In Food Service Made Me A Better Human
Odyssey
CurrentlySwoonLifestyleHealth & WellnessStudent LifeContent InspirationEntertainmentPolitics and ActivismSportsAdulting
About usAdvertiseTermsPrivacyDMCAContact us
® 2023 ODYSSEY
Welcome back
Sign in to comment to your favorite stories, participate in your community and interact with your friends
or
LOG IN WITH FACEBOOK
No account? Create one
Start writing a post
Lifestyle

How Working In Food Service Made Me A Better Human

Never judge a server until you've walked in their non-slip shoes. 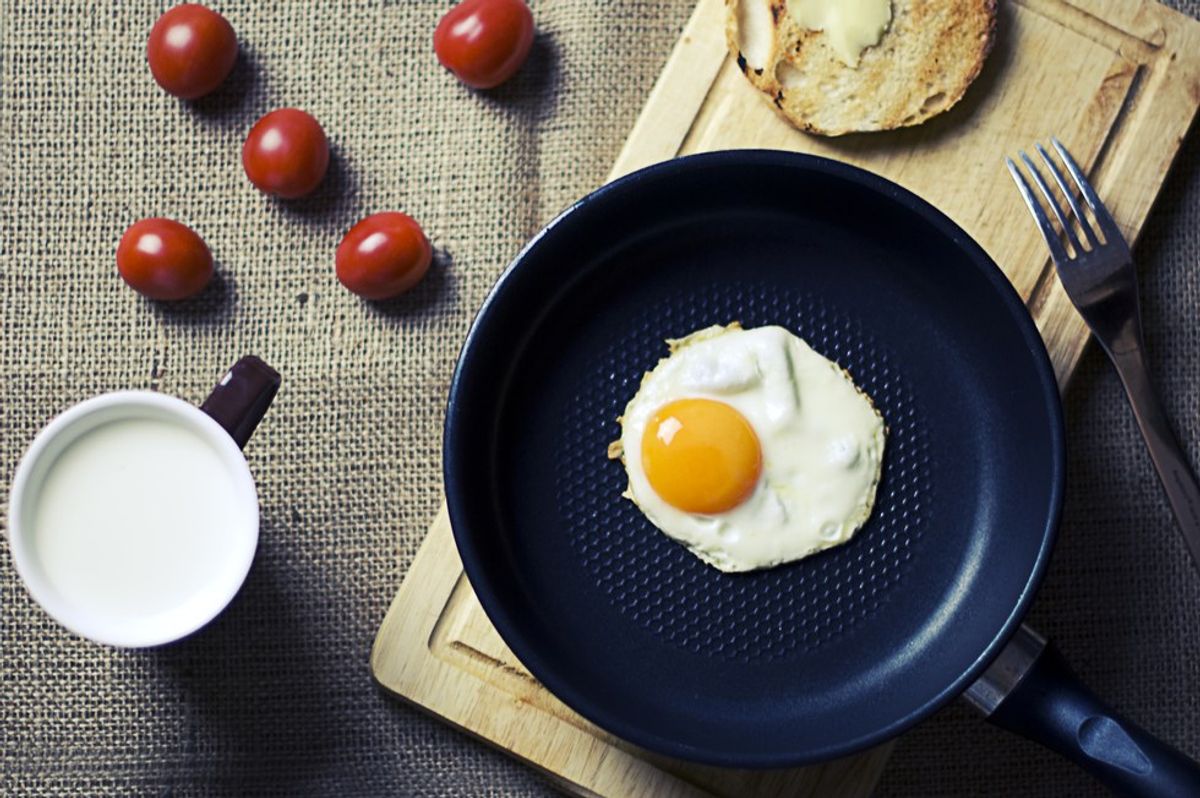 During my senior year of high school, I worked as a host/cashier and a server at a 24 hour diner. I got a job for the normal middle-class teenage reason—I was headed to college soon and wanted to make some money to pay for some of the expenses. I was ready and willing to work hard, but I had no idea how much this job would change me. As a society, we don't understand the difficulty of the service industry and we don't value the people who work those demanding jobs enough.

Working in food service takes an enormous toll on an employee. Being a server is physically demanding in ways I never imagined. Every week I would experience extreme soreness and exhaustion from carrying heavy trays, burns from hot plates, pans and toasters, and scrapes and cuts from broken or chipped dishes. Beyond the bodily exertion, it wore me out mentally. Memorizing an entire menu as well as seasonally rotating items and specials doesn't happen overnight. I remember pouring over my employee handbook trying to burn everything into my brain (when I probably should've been studying a textbook). Managing six different tables' dinners was a challenge in multi-tasking and time management that no academic experience had paralleled. This job took an emotional toll as well. Sometimes after a busy weekend morning shift, I would just sit in my car and cry because of my stress and frustration. Customers could be demanding, unkind and rude, especially during a mealtime rush. Furthermore, repeating the same phrases over and over and maintaining a constantly happy appearance while working my ass off meant completely shutting down my own personality. One evening shift, a friend of mine came in to have a meal and visit me. When I greeted her with my "customer voice" she asked, "What did they do to you?"

I've talked a lot about the negatives of working as a server, but there were positives as well. Regular customers who came in once a week and were genuinely happy to see everyone on the staff often made my day. So did the occasional strangers; once a pleasant couple left me a $20 tip on a $15 bill. The highlight of the job was the bond I shared with some of my incredible co-workers, who offered help when I was obviously overwhelmed or listened to me vent about a rude or difficult customer. The camaraderie and their support carried me through the rough times. They also provided me with some perspective. While I hated driving roughly 20 miles to work, one of my coworkers drove nearly 70. Just like I was juggling my senior year of high school with work, softball and an internship, my coworkers were juggling busy lives as college students, or caretakers or parents. Some of my coworkers had been working full-time at the diner for years; some worked two or more jobs. I was privileged to have gotten a job by choice rather than out of necessity.

It's easy to become frustrated or annoyed when something doesn't go smoothly during your meal out. Working as a server for almost a year opened my eyes to some of the difficulties of service life and now, I try to be as patient and understanding as my kindest customers were with me. I've also learned to tip no matter what. Even if the service was terrible, I leave 10 percent because I know that servers depend on their tips and that often times circumstances are beyond their control. And because servers (and hosts, cooks and bussers) are people, not machines, they have bad days just like everyone else in the world.