Should you be diagnosed with FOMO? 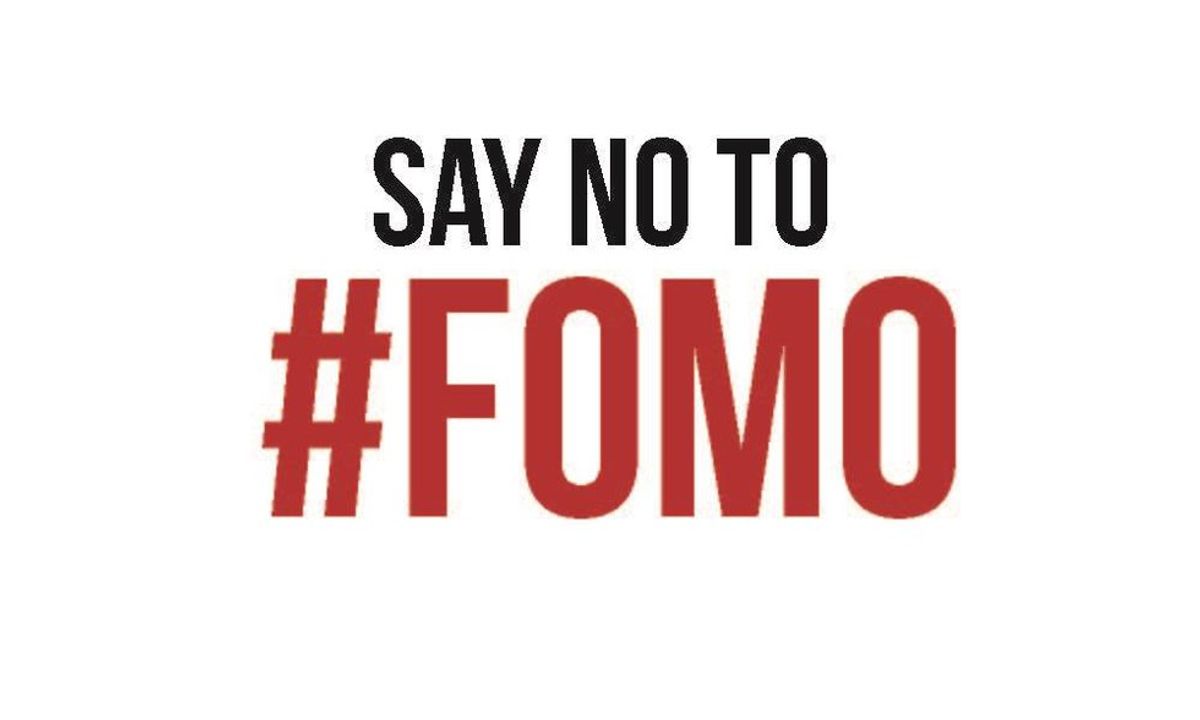 It was a beautiful fall day when I had to go home to celebrate my grandparent's 60th anniversary. I was more than happy to be there with my entire family. We had an amazing mass, a delicious meal, and many memories shared.

That's when it happened. I opened my Snapchat to pictures and videos of my friends at the first big tailgate my school has ever seen. Yet, there I sat, at the kiddie table an hour and a half away from my school.

I already knew that my friends would be talking about it for weeks. My small school finally partied like a big school. This was a day that would go down in the history books, alongside the election of President Obama and the shit shows that is the current election, and I wasn't even there to experience it.

Instagram after Instagram, I felt this sinking feeling in my stomach. The feeling that I was missing out on something spectacular. I diagnosed myself with FOMO, the fear of missing out.

FOMO runs rampant in communities of teenagers, specifically college students. Sometimes this disease is contagious, it can affect whole groups at a time. FOMO is real, and we need to have a serious conversation about it.

It is okay to feel like you're missing out. Honestly, you probably are. Being on campus during the weekends is a truly beautiful feeling. There are no classes, campus isn't as crowded as it usually is, and you can just lay in bed until the middle of the afternoon without feeling bad. You get to go out with all of your friends and you don't have to worry about waking up on time for class the next morning.

Being at home just means that whatever your friends are doing, you won't get the invite. No matter how many times they say that they miss you, you won't feel how they are feeling during said activity. It's just a sad time all around.

Social media is to blame, mostly. If we were back in the days of our parents and grandparents, we wouldn't even know what everyone was doing on the weekend until Monday at school. By then, you wouldn't even care about not getting the invite. However, we are stuck in the golden age of Twitter, Instagram, Snapchat, and Facebook. Everyone and their mothers know what is going on during the weekend and they make sure that it's on the internet for all to see.

You're not the only one battling FOMO. Just ask around you. Your peers feel the same way as you. I missed the tailgate. My best friends missed the President's Gala and a weekend full of parties. We all deal with FOMO on the daily, but we work hard to make sure that we have crazy good weekends like those when we are on campus.

Keep your mindset positive. It's not the end of the world if you miss a tailgate or a party. There are plenty more where that came from. Don't let FOMO consume you. It may be a contagious disease of millions of college students across the world, but it's curable and you will beat this disease.