One Student's Thoughts About Returning to Campus: "Mask On" -Future

One Student's Thoughts About Returning to Campus: "Mask On" -Future 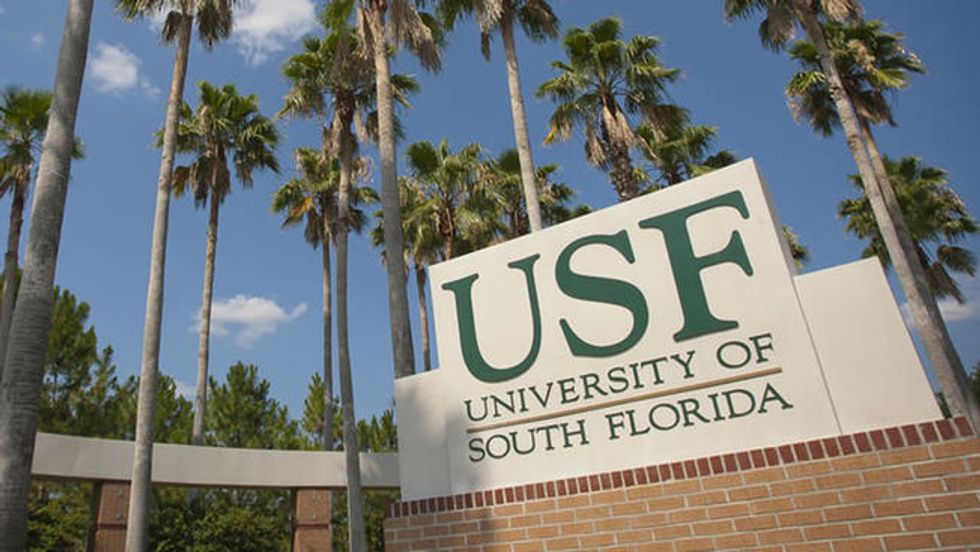 With school starting for many within the next few weeks, the uncertainty of whether to physically open schools is a prevalent discussion between parents, students, teachers, school boards, and local and federal government. The governor of Florida Ron Desantis has stated public universities are to open this upcoming semester, though most are offering more online and hybrid classes than normal, with only select classes, such as labs, being held on campus.

With this sudden change in the college experience and atmosphere, many incoming freshman are left feeling lost without knowing what to do. Do you live on campus even with 100% online classes? Do you switch that one class on campus to online in order to not have to be on or go to campus?

While this issue plagues all students regardless of their year, freshman are left not having a true college experience, which is devastating. To get an idea of how these incoming students feel about how this upcoming semester will be and how their school is handling the pandemic, I asked over 100 incoming the University of South Florida freshman what their plan is and their opinions through a form posted on a 2024 Instagram page dedicated to the class. Questions included what kind of classes they'll be taking, where they will be staying, and their thoughts on how USF is handling reopening and their thoughts about it all.

Out of 106 students, 32 reported that they plan on living at home for the fall semester. Only 23 will be living off-campus and 41 on campus. All 106 students will be enrolled in classes, with none reporting to plan on taking a gap year. Only 2 students stated they will have all in-person classes. The majority of the 106 (71)students reported their classes will be hybrid classes with both online and in-person, and a schedule with both online and in-person classes, though 33 reported all their classes will be 100% online.

The majority of incoming freshman who completed the form reported that they will be off campus this fall, whether at home or in off campus housing.

THe majority of new students will have a mixture of classes online, in person and a mixture of both for individual classes (hybrid).

Majority of the incoming freshman seem to be living off-campus, whether at home or off-campus housing, and will have hybrid classes or a mixture of on-campus and online classes.

When asked specifically about how they feel about USF's plan to return, majority seemed to understand and even praise the university for trying to hold a variety of classes for students to have the option to decide for themselves for the most part. Some stated that they wished the university offered sections on campus for courses instead of making all the sections for the course online in some situations. Others did state their wish for classes to be all online till the cases in Florida decreased.

Many have stated concerns over how well they will be able to complete online classes. One student stated that they "wish USF would just have the option for all classes to be in person because I learn so much better in person". Most students seemed disappointed with not having the "normal college experience" their first year, but understood that USF is doing all they can and respect their moves.

One student stated that they believed only labs and research should be held in person, an interesting take that I agree with. I'm glad USF has developed a plan to hold a variety of classes in person safely, but the call to have all classes online is a huge disadvantage for labs. When classes got moved online in the spring, there were not good plans put in place for labs to keep people on track and understanding what they would've done in person, even if they were given a virtual lab to complete. It is also a class that I believe can effectively apply to social distancing and PPE protocol, something we would do regardless, now with the addition to masks. Personally, 2/3 of my labs are held on campus, with one online. I believe it is important for those calling for all online classes to understand this point of view, whether they personally have labs or not.

Another prevalent concern from students was the statement that the university will not be giving refunds for housing once the semester starts, even classes on campus get moved online. The university will also be charging $90, $10 more than previously charged in the summer, per online class as "a distance learning fee". It seems that we will be paying more for online classes and still be paying for facilities we won't be able to us, such as the gym.

When asked about personal plans for the fall, many stated that they wished to come to campus, but decided that it would not be worth it since the majority of all of their classes will be held online. Some have stated they will even be switching their classes online in order to be able to stay home. A handful of students also stated concern that classes would be all online within a few weeks of reopening.

One student called out governor Ron Desantis of "brown-nosing [President] Trump" stating that he needs to either fully move classes online or on campus, calling for a firm decision. Another proposed the thought that "if public schools are fully opening I don't understand why college has to be online".

While a serious topic, some students attempted to make light of the situation with humor, such as responses such as "Mask On- Future" and "I'm glad to be going to college period". Regardless, we will all have to look out for ourselves and each other during the next few months. USF will hold its first on-campus classes since March 13th on August 24th.