Floods in Ghana Kill, Cause Worry

Floods in Ghana Kill, Cause Worry

It's been a year since 150 people were killed due to a flood in Ghana, and it's happening again. 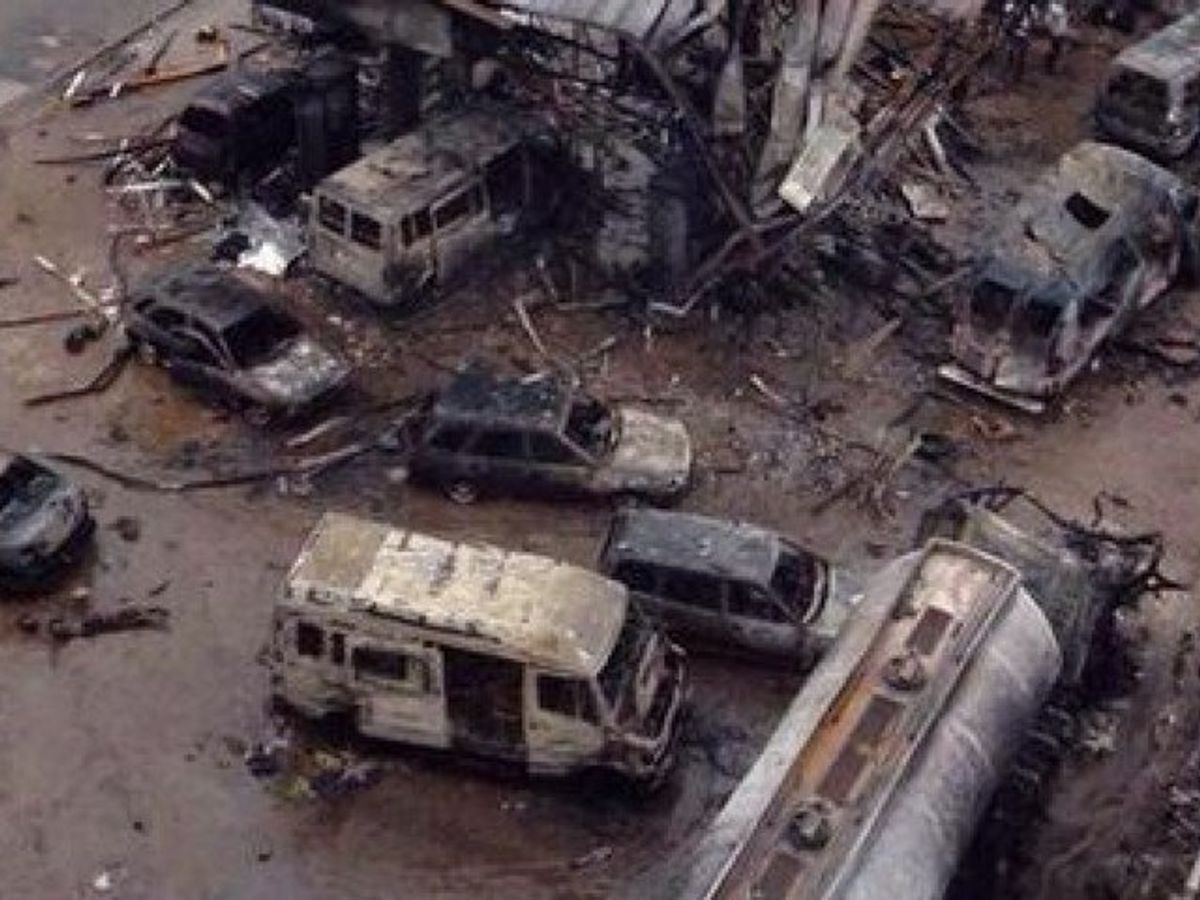 After four days of rain, at least ten people are dead, and the rain is still coming.

In Ghana, the rainy season lasts from June to August. Already, at least ten people have died after four days of torrential downpour in the country.

According to Amsterdam News, Sandy Amartey, National Disaster Management Organization Regional Coordinator, said in a press release, “In all we have ten to 12 who lost their lives during this rainy season."

The majority of those killed, eight out of the ten people who are known to have died, were children.

“We have two women and an eight-year-old girl who were walking, and a wall fell on them and they died," said Amartey. "A nine-year-old boy was electrocuted at Amamoma, site of Cape Coast University, and six children drowned."

Just last year, around 150 people were killed in a gas station explosion caused by floods in Accra, the capital of Ghana.

According to The Financial Express, citizens are angry that the government has done nothing to prevent more deaths.

"Every day they say they will solve this problem. But nothing changes. See all my properties have been destroyed,” Ghanaian resident Nii Nai told The Financial Express.

Although Ghanaian president John Dramani Mahama did promise to unblock drains and waterways last year according to Modern Ghana, there is still poor sewage structure that results in frequent flooding.

For now, the National Disaster Management Organization is trying to protect people the best they can.

“We are asking people to move away from the low lying areas,” NADMO spokesperson Kweku De-Graft told The Financial Express. “We ask them to move away to get the drains cleared so we are doing our part.”

It is not just this past month and the year before that floods have devastated the country.

According to Flood List, in 2014, flash floods in Accra led to property damage. In 2013, 6,000 people were displaced and 805 houses were destroyed due to floods.

In as early as 2009, people had identified flooding as a problem in Ghana according to Modern Ghana.

In the meantime, there are plans to change this in the works.

"There was a pile of refuse collected, now you can see clean water," said Accra Mayor Alfred Oko Vanderpuije in an interview with Deutsche Welle. "They are doing maintenance and then after, they will go into the water and dredge from upstream."