An Artist Spotlight On Fleece - Not 'Cotton' Or 'Wool'
Odyssey

An Artist Spotlight On Fleece - Not 'Cotton' Or 'Wool'

An interview with the masterminds behind “How To Write An Alt-j Song.” 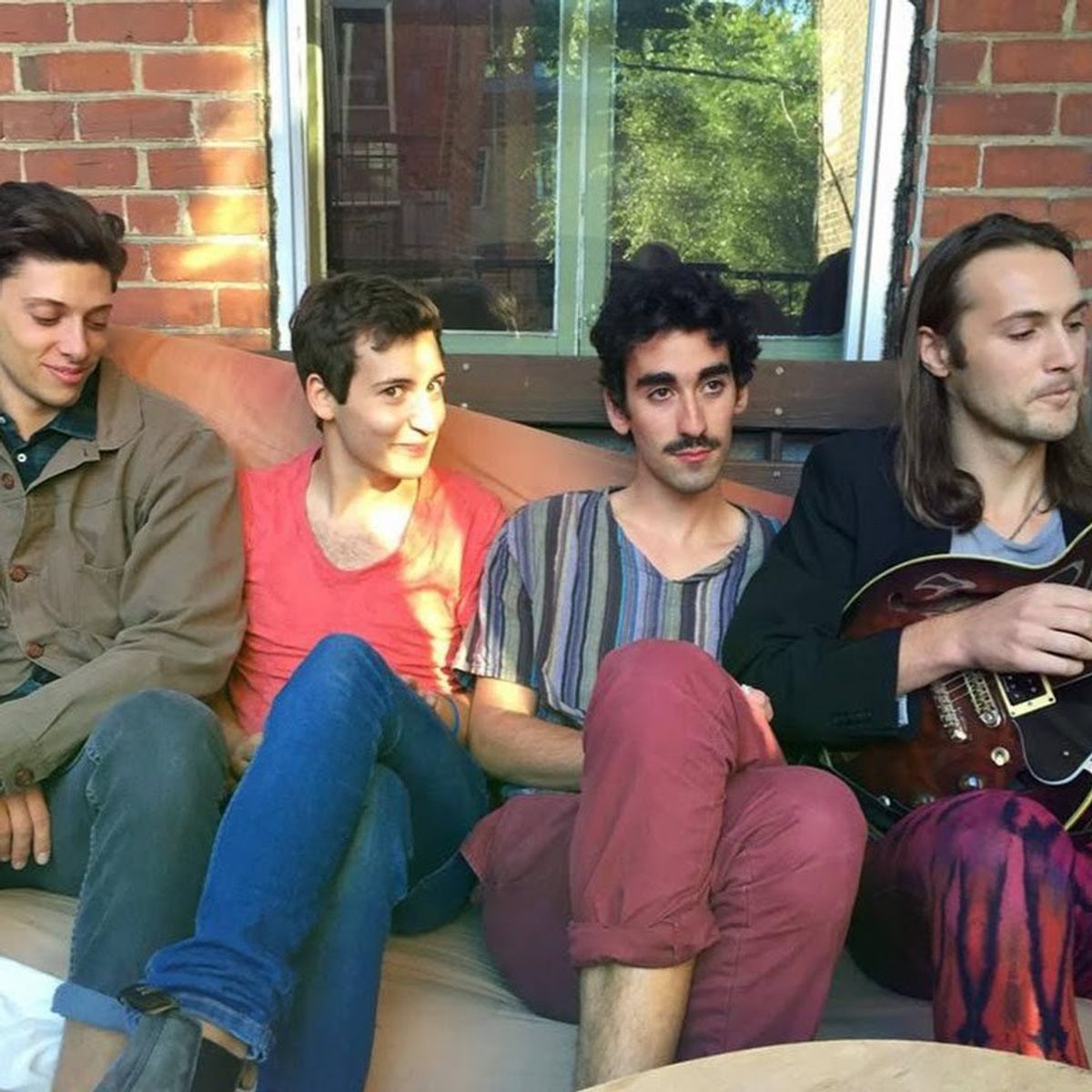 Last summer, Matt Rogers and Ethan Soil of Canadian psychedelic alternative indie band, Fleece, taught us all how to write our very own Alt-j song, humorously using the phrase “put it in my butt.”

Getting over 21,000 retweets, 37,000 likes, and over 5 million YouTube views, these dudes skyrocketed to international success and took their band with them. Alt-j even temporarily changed their profile picture on Tumblr to a rice cake in recognition of the boys’ snacking as they sang.

Like many, I stumbled upon Fleece after looking through comments on their comically informative and clever video. I quickly learned it’s not all funny business with these boys, who are far from sheepish, when I came across their latest album "Voyager," released in January of this year. So, completely enticed, not only by their sound but by their profiles too, I sent them a Facebook message, and not long after, I was emailing back and forth with Matt, lead vocalist of the four piece band.

Beginning this interview with the basic questions, I learned the band members are all only 21 with the exception of Jameson, guitarist, who Matt jokes, “…we don't know how old, let's say 14?” At such young ages, it can’t all be about the music right now for these boys who are still in school, going for their undergrads at Concordia and McGill Universities. That is not to mean they compromise any efforts put into Fleece; these guys still have a ways to go and intend to make it there and even farther.

Matt tells me, “people have listened to Scavenger [the band’s first released album] over 200,000 times on YouTube because of [the Alt-j parody]. We have fans internationally because of it. It was kind of a really great break for us. We got lucky.”

He still acknowledges the work to be done and shares the band’s hopes to see their name on some festival lineups soon. Based out of Montreal, they are working towards expanding with an upcoming U.S. tour this summer. Aside from traveling along most of the West Coast and even parts of the Mid-West, they’re actually looking at making a stop in Las Vegas around June 2nd, so keep an ear open for their psychedelic stylings, Sin City.

Fleece, made up of Matt Rodgers, Ethan Soil, Gabe Miller, and Jameson Daniel, like this interview, got its start from a Facebook chat. Matt tells me the name “Fleece” came from a long group message of hundreds of names, “but eventually Gabe sent a picture of the word ‘Fleece’ with sheep and we all kind of agreed. It's catchy, whatever, let's go with it!” And thus between the timespan of late 2013 and early 2014 Fleece, not “Cotton” or “Wool,” was born.

With an especially eclectic style, they put a twist on the modern day alternative sound by blending aspects of funk grooves, jazzy rhythm, and the phantasmagoric rock sound of the 1970s with their overall indie sound, with influences like Herbie Hancock, The Beatles, Grizzly Bear, Radiohead, and Tame Impala, to name a few. “We get re-inspired everyday by music. There's so much content out there—ahh!” Matt exclaims, the end result surprisingly being a sound that’s so stylistically smooth you could just snuggle with it.

"Voyager," however, takes on a more personal meaning with lyrics written by Matt, himself, reflecting on his life as a closeted teenager. According to their Band Camp website, “Voyager” is a personal recount from lead singer Matthew Rogers. Travelling back in time to speak to his teenage self, Rogers tries to put into words the things he wished to hear, as well as the dark feelings he held during his closeted youth. Though the album may appear to be about Rogers' sexuality, the intention is to give voice to the heavy feeling of harboring a secret for a long period of time. Throughout the time-travelling journey of “Voyager”, Rogers is trying to extend his message to listeners out there who might feel lost, lonely, or misunderstood. While the story of “Voyager” has many cathartic elements to it, the album is meant to take the listener on a beautiful musical journey from start to finish.”

Not only is it something I enjoy as easy-listening but I also have a great respect for their music. Their message portrayed through their art gives a face to the millions of those struggling with not only sexuality but also the simplicity of having to hide; feeling like they can't be completely themselves. I very much appreciate the voice the band has given to those who find it hard to speak up. "Voyager" is a recollection of a darker time, one in the shadows, and today, through his music, Matt can stand in the sunshine. This album gives way for others who are struggling to join him.

The dream for these boys is to make it big; a year from now, they’ll be graduated from university, so the hope is to be “somewhere between having a part-time job and touring the world with Fleece!” A realistic dream if you ask me, and they're already at 38,000 Spotify monthly listeners. “We love playing music, that's the inspiration for getting out there,” Matt explains. Fleece is one that does it all out of passion; they enjoy what they do so you can enjoy what you hear. So watch out world because “fleece” is no longer what your favorite blanket is made of—it’s the next big thing in the music industry.