Why The American Political Two-Party System Is Flawed

Why The American Political Two-Party System Is Flawed

My take as an Independent. 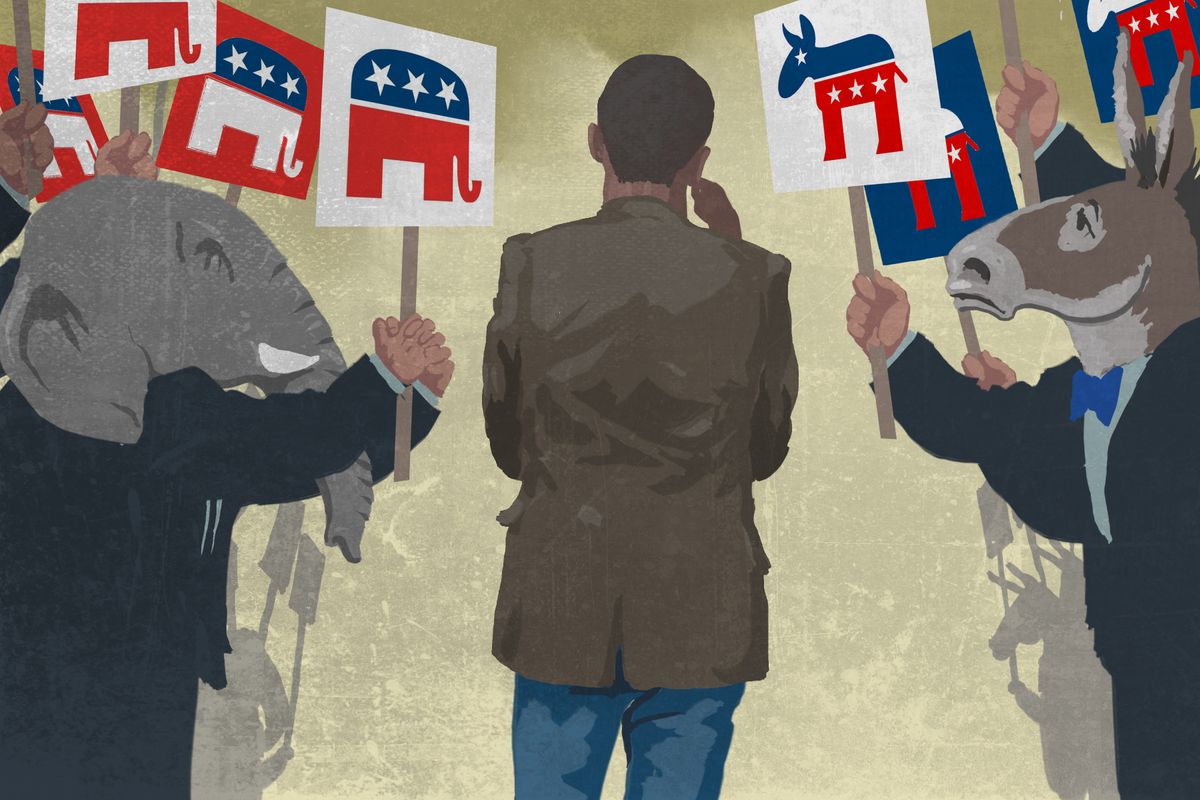 During the excitement of the last election cycle, I was slightly bitter. I wasn't going to turn 18 until March 2017, meaning I wouldn't be able to vote. I planned to register as soon as I was able, but when the time came, I put it off. I did not register to vote until two months later, and when I did, it was only due to the insistence of a coworker.

When people asked me if I had registered and I told them no, they usually asked why. My answer was simple. I wasn't sure what party to register with. I am not a Republican, but I also do not see myself as a Democrat. I see myself as an Independent, but registering as one can be problematic.

Let’s break this down further.

The purpose of a primary is to select who will be a party’s nominee for the general election. So with this idea in mind, it makes sense that only members of that party would vote to choose who represents them as a whole. The problem then for Independents is that they are not aligned with any one party. Independents range in political ideologies, from far-end conservatives to socialists to anarchists and moderates. They do not feel they belong to any one party, or if they do it is a party that is not recognized. Many also feel leanings to either the Republican or Democrat parties but for whatever reason decide they do not want to be registered to those parties.

According to Gallup about 45% of Americans identify as an Independent, 25% as a Republican, and 28% as a Democrat. While this addresses identity and not actual voter registration it does demonstrate the issue of a large portion of the population does not identify as simply a Democrat or a Republican.

While I was still trying to decide how I would register, I was given various suggestions. Being a more left-leaning Independent, one person suggested I actually register as a Republican. Their reasoning was that, by registering and voting on the Republican ticket, I could help vote in a weaker candidate who was more likely to lose against a strong Democrat. This idea is actually the argument many Republicans have against an open primary. The concern is that people will simply try to undermine the electoral system, but if a group truly wanted to do this all they would have to do is register as the opposite party and vote. In reality, if a group really wanted to undermine the system in such a way, a closed primary would not stop them.

This problem is of course linked to the strict two-party system that makes up U.S. politics. Even when it comes time for general elections, Independents can find their voices being shut out because they are not grouped together. In this case the electoral college and winner takes all system make it nearly impossible for Independents or third parties to be recognized.

The electoral college allows the majority to actually function as a minority due to how it is spread across the nation. Looking at the percentages, it seems clear that the general Republican identity is smaller than the Democrat, although it must be noted that some identifying as Independent may actually register for or vote on the Republican ticket. However, in the last election cycle, we saw the Republican Party winning partially due to how people are distributed. Those who lean left have a tendency to live more on the coasts or in major metropolitan areas, while those who are on the more conservative end tend to live in the more rural areas and the central areas of the country. When the electoral college adds up votes in the winner-takes-all system, the liberals living in Oklahoma have no impact on the overall election because the majority of the state is rural and comprised of more conservatives. On the same end, conservatives in places like California are also shut out due to its majority of more liberal views.

The system is flawed. It is shutting out the voices of a large majority of Americans. There may be no one system that works perfectly, but surely there must be one more representative than the one we have now.