First Public Actress Not Allowed on Stage Until 1660

First Public Actress Not Allowed on Stage Until 1660

Not until 50 years after Shakespeare's death were women allowed to legally act for the first time on the public stage. Before then, public performance for a woman was forbidden. 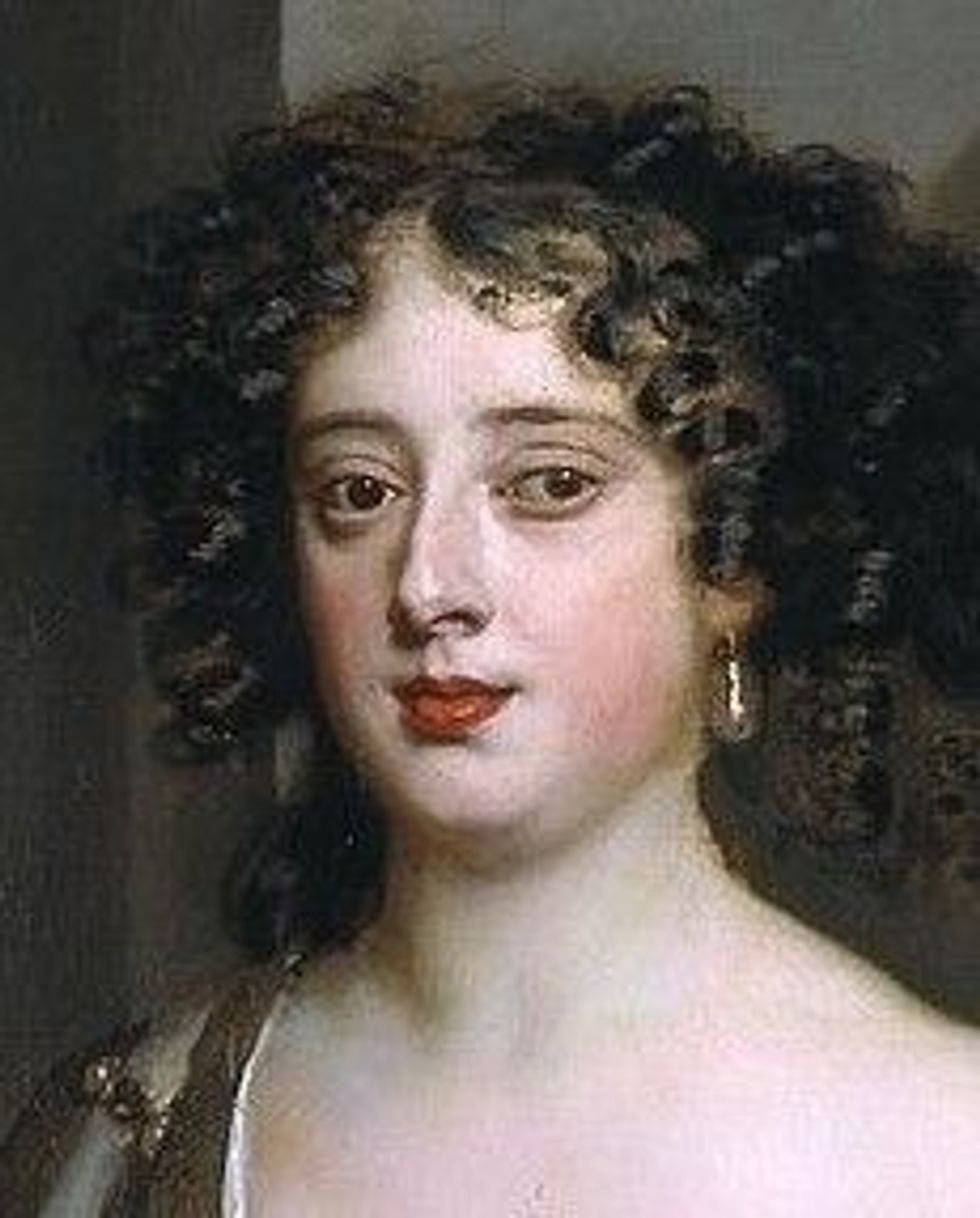 On the night of December 8, 1660 an innovative theatrical performance was held by the Kings Theater Company at the Vere Street Theatre in England. A woman was to take stage for the first time in history, legally. I can only imagine the fever of the crowd that night, whether it be in support or in protest.

This night is pivotal success in the fight for women’s equality, autonomy, and history.

THE WOMAN WHO MADE HISTORY

Margaret Hughes, a brave, capable, and notably 'pretty' woman caught they eye of King Charles II. On his whim, she was given special permissions to play the role of Desdemona in Shakespeare's Othello. He thought it would be a fun romp to see a woman perform, the king did not catalyst this early feminist movement out of the kindness of his heart.

If you're unfamiliar with Othello, the story for Desdemona goes like this: The kind, faithful young lady Desdemona is to be married to the warrior Othello who has many enemies, one being scheming Iago. Iago tricks Othello into believing Desdemona has slept with another man. In his rage, Othello murders Desdemona--only after realizing the magnitude of his sinful ignorance.

Although Margaret was subjected to cruel, harassing, and sexist remarks and assaults, especially regarding the subjugated role she was required to play, she still soldiered on and paved a brighter path for women and girls that hadn't been open before.

She is quoted as saying: "I have been treated as a freak, rather like the fat lady at the circus."

Margaret may have been the first actress to be pressured by her agent to remove her top for a photo shoot. It is said she did not want to show her breasts, but gave in when the pressure was too great. They said no one would see her shows if she didn't.https://en.wikipedia.org/wiki/Margaret_Hughes

The right for women to act wasn't won with force and protest, rather King Charles simply liked watching women on stage. Ironic, yet still this off-hand desire of an influential man snowballed into freedoms for women everywhere.

So, one day shortly after Margaret's groundbreaking performance, he made a decree: No longer would female roles be payed by men as they had since 2000 b.c. Only women were to play women's parts. With a flick of the wrist, the entire theater industry changed forever and with it the portrayal of women as genuine in the humanities and liturature.

Overnight, all male actors playing females were turned out, and attitudes toward them soured in a lightly veiled homophobia. Before this mandate, these men were cherished and trained from very young for these feminine abilities. Without legal sanction, these men lost their jobs and reputations. To this day, men face intense stigma in the theater, and there are fewer men acting compared to women—and still, these men are paid more. (When looking at the entertainment industry today, many controversies erupt due to the instability of the high performance and high pay status of the players involved. Perhaps men are paid exponentially more because there are less men acting—thus they are considered more valuable as assets? It's possible, but the disparity is so large and prevalent, I think it's more of remanent of a sexist lifestyle carried on through habit—comparable to examining the percentage of men who work in writers rooms, who hire more men in writers rooms, negotiating their wages, compared to the women hired (or not) who are equally as capable.)

Thanks to Margaret, hundreds of thousands of girls had a new dream, a new opportunity: to be an actress, to tell stories on the stage, to be seen and heard, to create and be apart of history rather than systematic slaves to it.

If you want more on this story check out the 2004 De Niro movie "Stage Beauty". This film depicts the original cross-dressing Desdemona in the 1650's: Ned Kynaston, when he must face his usurping as the best female/male actor to his friend and fellow actor Margaret Hughes as she gets the chance of the millennia to take the stage for the first time.

In Greek tragedies and comedies, it wasn't uncommon for actors to wear masks. This made it more believable for audiences that it was a woman-like figure they were supposed to be seeing. Some plays were designed to mock women through the mere male portrayal of them, but some were written for a more realistic ownership of the female character. Strategies of decreasing this cognitive dissonance on stage was choosing smaller, younger boys whose voices hadn't dropped yet. As time progressed, schools of theater specialized in training and procuring feminine boys for the troupes, and gained prominence by halting puberty in these men to achieve a more feminine aesthetic.

Not all women around the world were barred from the stage, pockets of comedy troupes along the Italian and Romanian country side delighted in the taboo of allowing a woman or two on their stage. Far from prying monarch and papal officials, through the 1500's-1700's these masque troupes were able to employ women--although they still weren't allowed to write or publish any content. Unfortunately, these women faced intense levels of discrimination, sexualization, and even violence.

"In Renaissance England it was illegal for women to perform in theatres,[3] so female roles in the plays of Shakespeare and his contemporary playwrights were originally played by cross-dressing men or boys. (See also Stage Beauty.) Therefore, the original productions of the Shakespeare plays actually involved double-cross-dressing: male actors playing female characters disguising themselves as males. Academic research into the contemporary attitudes towards the practice have yielded a variety of interpretations. Laura Levine argues that "an all-male acting troupe was the natural and unremarkable product of a culture whose conception of gender was "teleologically male""; she also suggests that contemporary protests against the practice (believing it made young actors "effeminate") reflected "deepseated fears that the self was not stable and fixed but unstable and monstrous and infinitely malleable unless strictly controlled."

Thus, many roles written before the 1700's were written without realism in mind. After the 1700's, parts written for women suddenly became more real, corporeal, but at the same time—more fan serviced, as male writers struggled to attract audiences with shocking sexuality and uninformed and outdated gendered paradigms, resulting in two dimensional female tropes for the next hundred years. Although these roles are historically rich, they are alarming to a modern women as she thinks: that wasn't so long ago...

MODERN WOMEN ON STAGE AND SCREEN

Not much has changed in Hollywood today, although we are trying. To pass a Bechdel test, a film or production must " (1) it has to have at least two women in it, who (2) who talk to each other, about (3) something besides a man." Sadly, under 1000 movies since the 1900's pass this test, and no surviving plays from before then seem to either. Although we have come a long way in opportunity for female entertainers, all around the world women and girls still face the constrictions Margaret Hughes faced over 300 years ago. Just watching the 2018 Oscars Award Ceremony is indication that social uprising and change is in the air.

With awareness, tenacity, and diligence the deep wrongness of systematic female oppression will be uprooted, but until then—we mustn't water that tree.