Finding Yourself Lost In Translation

Finding Yourself Lost In Translation

How studying abroad and learning new languages changed me for the better. 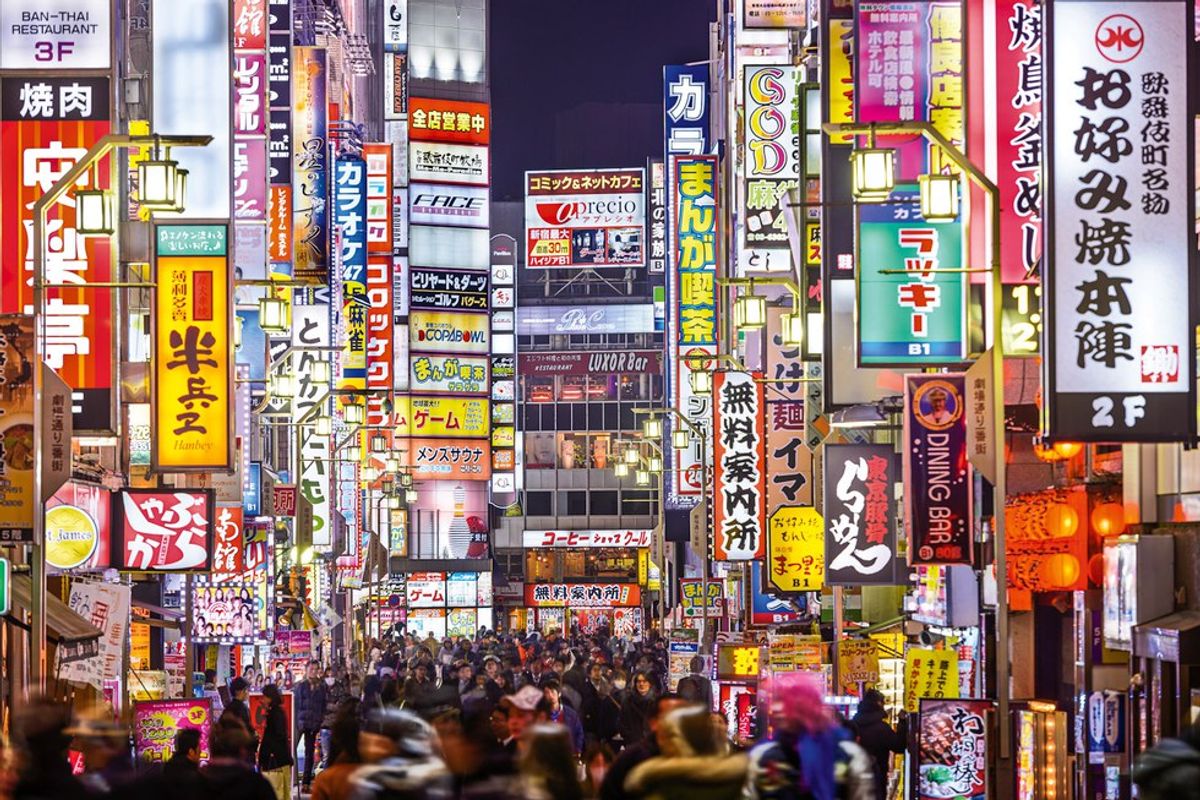 For me it was the shape of the roads. I remember looking out the window of the car as the neon lights flashed past us in the night and thinking how narrow the roads were, how the white lines that divided the lanes were too long. Even the cars and trucks seemed so compact compared to back home. Yet it was this miniscule detail that hammered home the fact that I was no longer home. After flying 18+ hours from Baltimore I had finally arrived in Tokyo.

In freshman year in high school I had the opportunity to study abroad during the Spring semester at Gakushuin, our sister school in Japan. See, in 5th grade, our school required that students learn a foreign language – their choices were either Spanish or Japanese. Totally random, right? To this day I have no clue why, but for the love of God I could not get Spanish. Seriously, I was such a lost cause, even Dora would’ve thrown up her hands, and with an “Adios, amigo,” would have left my ass to die in the rain forest or wherever else she goes on her travels. So instead I threw caution to the wind and dove head-first into Japanese, simply because of my love for three things: Pokemon, Dragon Ball Z, and Nintendo.

Yet overtime, my love rapidly grew for the language and I became enamored with all aspects of this complicated language and the fascinating culture it opened up to us. Learning the differences between the three alphabets of hiragana, katakana, and kanji, understanding the traditions of the New Year’s holiday, trying (and failing) to cook Japanese meals, reading about the differences between Shintoism and Buddhism, and how technology was so integral to the Japanese way of life had me hooked from start to finish. It got to a point where, for a long time, I was getting better grades in Japanese than in English.

Fast-forward to a week before Thanksgiving in 2007, and suddenly I have this incredible opportunity to finally put my language skills to the test. Now, my social life in high school was pretty much non-existent – I was the epitome of an outcast, geek, nerd, what have you, and was pretty much fed up with the social scene to the point where I would’ve gladly graduated at the end of freshman year if I had the option. So, in the exhilaration of the moment, I immediately said yes to the program.

But the fact of the matter remained that, up to that point, I had never traveled out of the country on my own before, let alone to a island nation on the Asian continent. I had relied on my parents to plan and organize vacations whenever we would travel together, and now I had to secure my passport, visa, traveler’s checks and all other securities. Moreover, I would be living in a city where suddenly I would be in a minority, surrounded by people that did not look like me and spoke a language that I could comprehend, but was by no means fluent in. Yet none of that mattered in the heat of the moment, because I was overwhelmed by the excitement of starting an epic adventure. And then, as soon as I looked out the window of our Toyota while my host family happily rattled off the activities we’d be doing during the first week, and I saw those weird looking roads – the reality hit home like a blow from Thor’s hammer. I remember that same night, after shutting the door to my bedroom, I called home, and as soon as I heard my folks on the other end of the line, I broke down. I kept asking over and over again why, why did I do this, and my mom would respond, “because you wanted an adventure, and you knew you had what it takes to make it happen.”