Finding A Home In Philosophy

Finding A Home In Philosophy

An overview of where I've found my home. 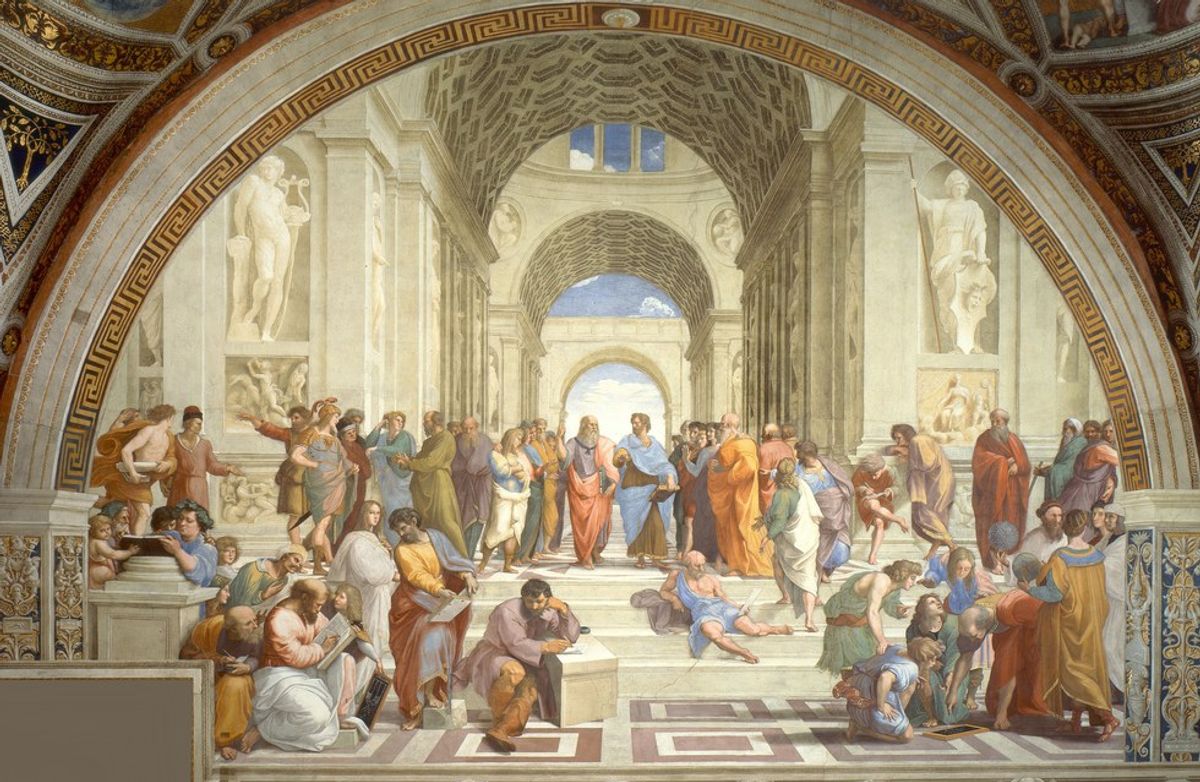 Anyone that knows me even slightly knows that perhaps my biggest obsession is Philosophy. It’s the major I find most challenging out of the two that I’ve got, and no matter what anyone says, I’ve found it to be an extremely practical, useful major. Where else can you with authenticity and free of judgment ask “is there any point to life?” or “is there a God?” The other beautiful thing about philosophy is that you cannot escape it. Try to live your life without a guiding set of morality or beliefs and you’re certainly not going to be able to do anything. But there are a lot of philosophies out there to choose from, and barring the idea that you can’t authentically choose one, you’re going to be forced to pick. So while it’s extremely easy for me to say that I’ve found a home in philosophy, philosophy has so many different sections people appeal to. Are you a post-modern philosopher? Is Socrates your greatest hero? Religious? Do you like Augustine? What about Descartes? I’d like to tell you a bit about a lot of philosophies in general, and then tell you why I like the ones I’ve chosen so very much. Threaded through all the philosophies I name is the idea that none are necessarily bad, but that there are certain things that make some better than others, or that certain parts just align with me better.

Guys like Plato and Aristotle. They’ll tell you that we’re not all born equal and should therefore not treat each other equally. It’s okay to not educate women, and it’s okay to have slaves. But also, there’s the idea that Truths can be found in the world and that it is possible to lead a good meaningful life. Virtue exists and is attainable through practicing it. Justice is everyone doing what they’re supposed to, and we learn that it is wrong to hurt those that have hurt us. Bad actions done unseen are still bad actions. Things exist, and things that exist may be governed by the Forms, things that do exist and are representations of something’s most substantial part. I am a human. I participate in the form of the human; there is no form per se for my short brown hair.

Up until you study this stuff you’ll probably think its only application is to tell you God exists and that you have access to a world outside of your mind. You’ve definitely got a soul, and this soul is governed by Reason outside of yourself. Knowledge is attainable, and for some of these guys, there are forms, and God is the Form of these forms. All in all, it’s actually a lot more helpful, useful, but above all hopeful than anything. Maybe you’re imperfect, but you can work on that.

Well, there’s a lot of guys in this category, and I wish I didn’t have to use the word “guys” so literally in all of these categories. Some of them deny the existence of God; some say we can only know ourselves but nothing outside of this. Some say that even if we cannot know anything concretely now, those that come after us may forge this Absolute. We get some pretty fun utilitarians in this category, and of course we get Kant.

Enter women. DeBeauvoir, Judith Butler and more. We get Existentialism, Phenomenology, whatever comes after these things. Some deny Truth exists. Some deny that there can be anything objective, or that the only way to get to what is objective is to combine all subjectivities. A lot of these guys get really close with science. Psychology, sociology, anthropology, all of those ones. They’re fun to study and tough to argue with. Their philosophies often make arguing hard because they deny that we can know certain things, and can make claims that there are certain things that I actually cannot know just because of my background.

Where do I fit in here? Where’s my home? Well, it’s funny and rather hard to say, because the more I learn, the more I am swayed. Each of these (very very broad) categories of philosophy has a specific draw to it. Right now I think I fit into the Modern and Medieval sections best, but who knows where I’ll end up by the time I’m done with my formal academic studies. It’s kind of really fun, trying to fit myself into a box, category or label and figuring out I can’t fit into that box alone. So my home in philosophy is always changing, but I still fit into philosophy as a whole, and I can’t wait to learn more. Where’s your home? Some say “where the heart is,” and largely I hate to appeal to that phrase, but here I know it to be true.