“When I get lonely these days, I think: So BE lonely, Liz. Learn your way around loneliness. Make a map of it. Sit with it, for once in your life. Welcome to the human experience. But never again use another person's body or emotions as a scratching post for your own unfulfilled yearnings.” - Elizabeth Gilbert 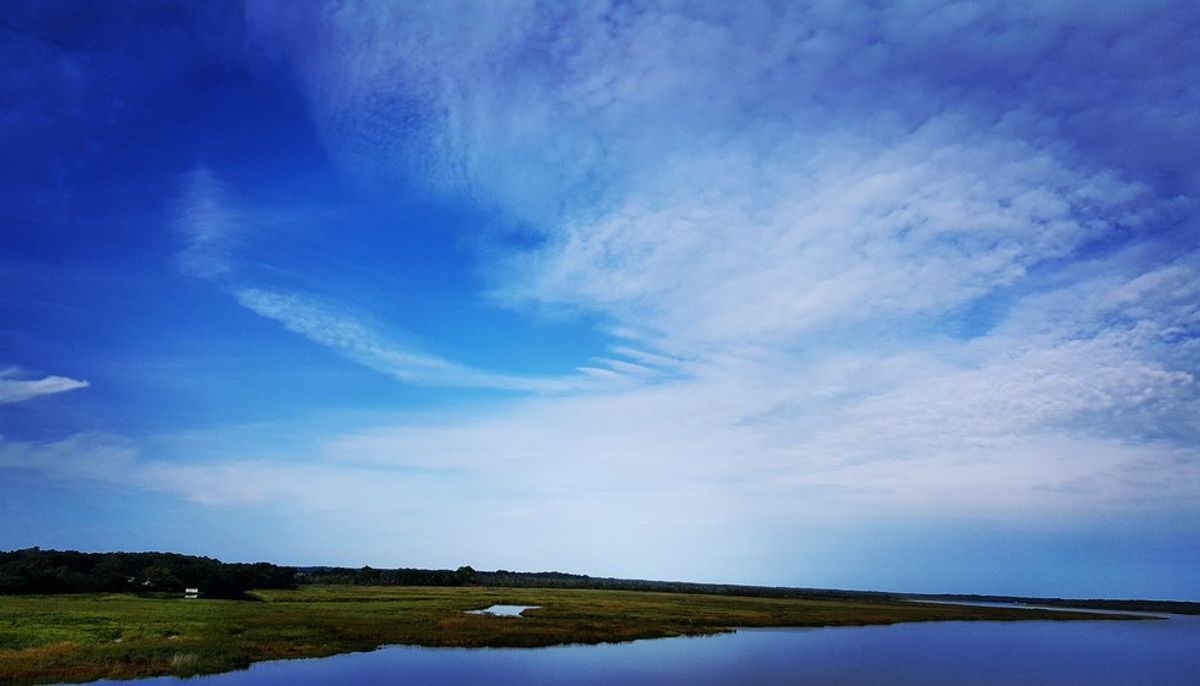 A few months ago, I fell into a period of wild productivity. I have had these periods before in my life, constantly like a cycle of rebirth then slowly fading away. Unfortunately, and I used to believe inevitably, I would find myself months later, not as energetic anymore. I kick myself when I find I am back where I was, though technically a small amount wiser. I look back on these months of joy, and grow with an light of enlightened peace around them. Then, as if retracing footsteps in freshly fallen snow, I would reflect, trying to figure out where I tripped up. It seemed as though I could only see these blissful times in retrospect. I never fully grasped their importance in the moment, or maybe it was that as soon as I did grasp their importance, I would grip onto them. I would grip tightly to the peace I had accidentally stumbled upon, and just as quickly, it would flee from me.

It is not that I see happiness as a being always in your peripheral vision, constantly moving away as you turn to face it. It is that as soon as we see it as an object, or something that can be held onto, or chased, it is lost. It is not unknown that happiness is a state of mind. That has been made clear by many therapists, gurus, or whatever else people go to for wisdom and guidance. It has not been made clear, though, at least to me, as to how we keep to state of mind, for states of mind, normally to society, happen on accident. Someone gives you flowers, so you are joyous. Someone makes an unnecessarily rude comment towards you, you feel worse. I think happiness is a decision, everyday. It is a decision one must make that is fortified by one's attitude and actions.

It seemed, in those times, I would accidentally slip into making the decision to be happy everyday, not because I had a reason to be but that to be happy was reason in and of itself. In order to get back there, I wanted to make something like a game play, so I reflected on who I became in these times, what I did during these times, and why I did them. It's as if maybe if I retrace my steps, I will be able to create with blissful state of mind on purpose instead of on accident. And if I can do that, maybe I won't ever have to lose it again.

We can turn to meditation, drugs, church, food, or the constant need to be distracted as ways of coping with this constant consciousness inside us that always needs to feel some sort of way. We always feel some way at every moment; happy, sad, angry, or bored. Some people feel numb, but that is only because they have checked out, this is not a way to live peacefully either. I see it everyday, people check out of reality but logging on to social media, just as one example. This is unfortunate because it is the way of human existence, to feel and observe life in such vivid color, though it can be burdensome at times.

To clarify, some ways of coping are definitely better than others, and I am still on this journey of making to right decisions. Though, ultimately, I think it comes down to finding what feels good. I look back on those days, weeks, and if I'm lucky, months of contentment and the one thing they all have in common is that I was just finding what felt good to have in my life. I'm not talking about "feels good" in the sense of fleeting excitement, drugs, sex, overindulgence of food, because there are just distractions. I'm talking about bridging the gaps between what our hearts are saying and what our actions are reflecting. I wanted to get out of the conventional school system that no longer seemed to fit my life, I did that. I wanted to make exciting memories with people, and strengthen connections with other humans, I did that. I wanted to feel freedom from the emotion of jealousy, I worked on changing my perspective with conscious effort.

When we sit in the silence of our own minds long enough and really listen, I believe we can hear our souls' tiny mummers, the ones that have been muffled by years of being in the condition of the human experience. I believe that by bridging that gap, the gap between our hearts and our lifestyles with active listening and doing, we retrace our our steps to what has always been there waiting inside us, waiting for us to remember. While surrendering attachment to the easier to grip onto emotions, find what feels good in a lasting, in-your-heart, sense. This combined with waking up every day and deciding that, come what may, you will greet it with a positive attitude, understanding, and open mind is what I remember myself doing in those accidental times.

It's just a theory I have based on a road map made by a better version of myself. It is so roughly sketched.

Caitlin Marie Grimes
University of South Florida
6984
Beyond The States