We Should Be Trying To Fix Final Exams Instead Of Dreading Them
Odyssey
CurrentlySwoonLifestyleHealth & WellnessStudent LifeContent InspirationEntertainmentPolitics and ActivismSportsAdulting
About usAdvertiseTermsPrivacyDMCAContact us
® 2023 ODYSSEY
Welcome back
Sign in to comment to your favorite stories, participate in your community and interact with your friends
or
LOG IN WITH FACEBOOK
No account? Create one
Start writing a post
Student Life

No one likes final exams. But is there any way to improve them? 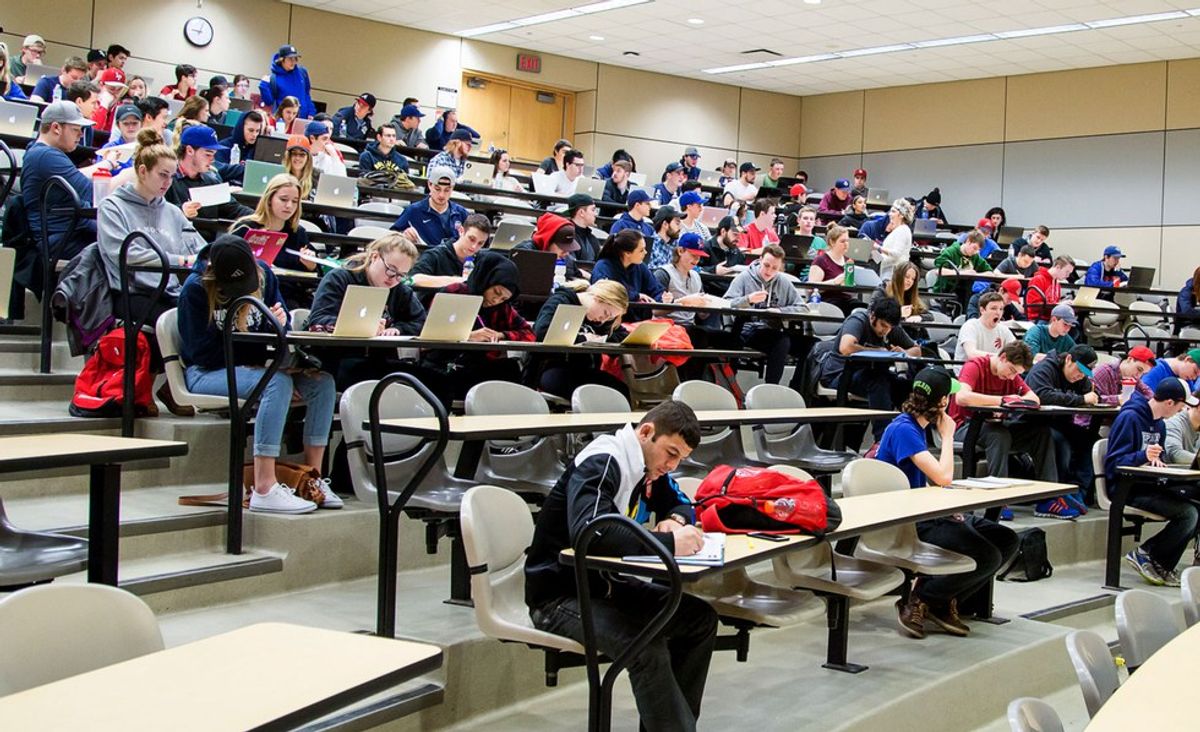 Thanksgiving break gives us time to relax from a busy semester and enjoy the company of others. It also signals the impending doom of finals week. Let's face it: anything that is preceded by a time period known as "dead week" is never a good sign. Finals week is often make or break time, with exams and papers that hold massive implications to your grades. It pushes you to the limit of your stress and coincidentally is a pretty good economic boost to coffee shops in the area. But is it a good idea to be putting such pressure on students in one week? And is the current format of the final exam really effective?

Let's be clear; lots of people take multiple exams on the same week, and it isn't exclusive to finals week. Most classes run a three midterm schedule, which means most exams are taken within two-week sets in the semester. But finals always hold a little more weight, whether through more points or it being the last chance to salvage your grade. It's been debated for a while now if final exams are really useful in reviewing a student's knowledge of the class. Most exams are scantron based, and are usually cumulative. This means students can, if they really want to, cram for a few days straight and try to use their short-term recall to get a good grade. This is not ideal for instructors, who are tasked to teach, and to ensure their students at least retain a good amount of the course as they progress through their education.

So what can we do? There are already lots of exam alternatives suggested by universities. For example, BYU advises administering oral examinations or group projects, the latter being used more commonly as of late. UC Berkeley suggests professional presentations or using small quizzes and tests to replace high-stakes midterm and final exams. The idea is that these alternatives will encourage the student to try harder as they are a change of pace from normal exams, and should lead to better retention of the class content.

As for the proof that these alternative forms of testing are actually effective, the jury is still out. There are various studies that have been done in the past decade about "high stakes testing," in which only a few exams are given per class that all hold immense weight to the final grade (so essentially midterms and finals). Most of the studies, such as this one published in 2006 by the Center for Public Education, suggest that there might be negative effects of high stakes testing, but research of this kind is not to be taken conclusively.

For some subjects, anything besides a traditional exam may not even be effective. Take math courses or organic chemistry, for example. Both rely heavily on the use of specific equations, formulas, or mechanisms. The best way to test a student's knowledge of this wouldn't be a presentation or a paper. Courses of study like these usually test students through problem solving, so a traditional, write-in exam would benefit this the most. This doesn't mean there aren't ways to refine this, such as spreading point distribution through smaller, frequent tests, or by grading the exam not only for the correct answer, but more for if the student can show some form of understanding of the correct method of solving the problem.

English classes usually hold writing as a cornerstone of the course, so final papers will continue to be the norm. Whether it would be worth it to assign more papers to lessen the weight of the final remains to be seen. The same could be said for classes where oral presentation is required, such as a speech class. For these kinds of subjects, there doesn't seem to be an opportunity to drastically change the direction of the examinations.

Where there might be more variance, are classes that rely on memorization of information, such as many biology classes. In fact, biology lends itself to presentations, posters, and oral exams. So much of biology can be explained by certain pathways that it does seem more useful to test these by having students review these topics outside of simple memorization. Having a student explain a pathway orally, or draw out the steps on a presentation could be just as effective as picking certain parts of the pathway and quizzing the students on it on the exam.

As more and more studies are conducted on testing, we may see a major change in the way exams are done, or we may see nothing at all. Many generations of students have succeeded by the tried and true method of traditional, high-stakes exams, so there might not be a big push to change something that has worked well enough in the past. But that is all in the future. Right now, we've got exams to study for.