You're Finally Legal, Now What?

You're Finally Legal, Now What?

People barely older than you: "How do you feel now that you're 21?"; You: "No different than yesterday, but thanks." 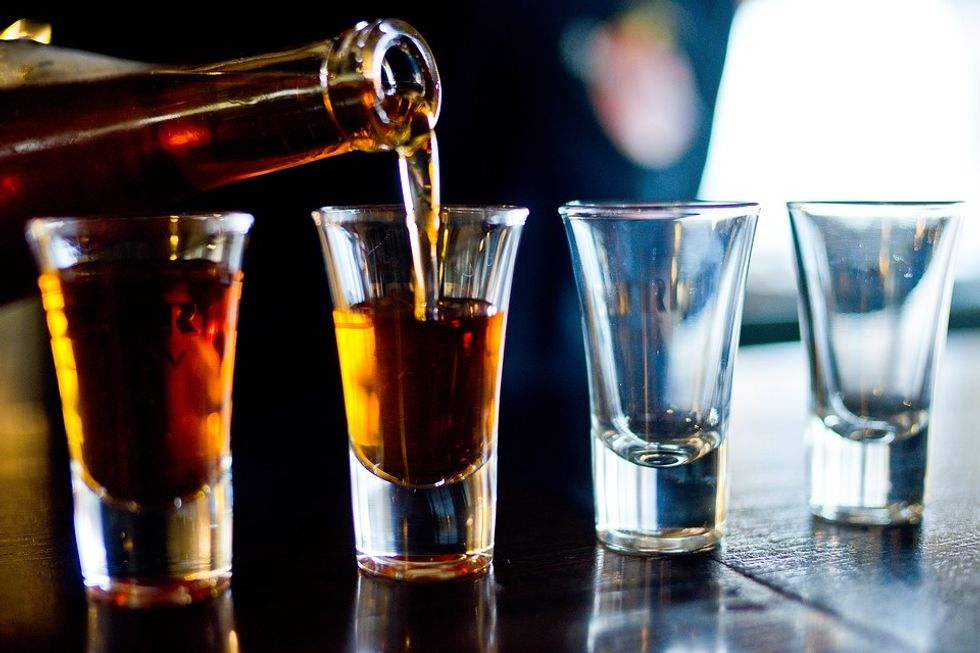 Your 16th was for your license, if you were fortunate enough to time it perfectly. Your 18th was your first step to being a legal adult; you could vote, go to a limited amount clubs that were honestly trash, and you might've told your parents "you can't tell me what to do, I'm an adult" which probably didn't go well. Now, your 21st; finally legal to drink alcohol even though you've probably, already, been participating illegally- and that's okay. I'm in no place to judge.

Your 21st can go one of two ways, depending on if you've already been drinking or not. If you decided to take the 100% legal route, you'll end up making so many bitter beer faces that it'll become a permanent expression for the night. Whereas if you are already taking my route, you'll be taking shots like a champ and nothing will get in your way. I ordered a shot of Patron Silver Tequila at a bar in my college town and one of the guys in the bar said "there's no way that you can drink straight tequila when you're a fresh 21 year old". What did I do, you ask? I knocked it back while maintaining eye contact and left him speechless. I simply replied with, "you shouldn't underestimate women nowadays", and cocked an eyebrow with a devilish smirk. If you're wondering, no I didn't go home with him. That poor guy was drinking fruitiest, low proof drink that the bar sold. Give me a break.

Depending on if you were already drinking or not also depends on your future with alcohol. Will you drink more or less once you're legal? Well normally, people who have already been drinking tend to gradually bow out of the alcohol scene after their 21st because they've already lived-up their experiences, highlighted with the risk of getting caught. Now? What's the fun? People who chose to be legal will gradually get into it; bar-hopping, finding their favorite drink, etc. Either way you decide to go, you'll probably end up with an empty bottle shrine of all your past drunken adventures.

Me? I've always been one of the youngest of my class since my birthday is at the end of the school year. So even though I've already been drinking, legally and illegally based on geography, I want to experience everything in full. I don't know how that will turn out because I still haven't managed to black out, which is a good thing, but I do know my limit. Now, I just have the opportunity to go to bars, possibly meet guys and new friends (I'm purposefully being naive and sarcastic). But because of when I was born and being younger than most of my friends, I'm a mixture of both. I want to go out, have fun, and experience the world through legal eyes.

Regardless of whatever side you're on, I just hope that y'all make responsible decisions. I know, "mAkE rEsPoNsIbLe DeCiSiOnS". But seriously, anyone can be a target nowadays. Pace yourself, broaden your horizons with drinks so you don't have a bias for a genuinely terrible type of alcohol, but have fun regardless- whatever your definition of fun is.

Live it up. This is the end of all the major birthday parties...at least until you're older and celebrating decade parties, hopefully with themes to match.

Have fun, but just remember: you're a full grown adult now, with minimal milestones left. However, the next ones are the big ones; graduating college, marriage, kids, a house, and a career (if you're not already there). Those are your next milestones. What comes after your 21st will change your life.

Appreciate the fun now because shit's about to get real.