Film Response to Henry Hathaway's "Niagara"
Odyssey
CurrentlySwoonLifestyleHealth & WellnessStudent LifeContent InspirationEntertainmentPolitics and ActivismSportsAdulting
About usAdvertiseTermsPrivacyDMCAContact us
® 2023 ODYSSEY
Welcome back
Sign in to comment to your favorite stories, participate in your community and interact with your friends
or
LOG IN WITH FACEBOOK
No account? Create one
Start writing a post
Politics and Activism

What makes a marriage truly suffocating? 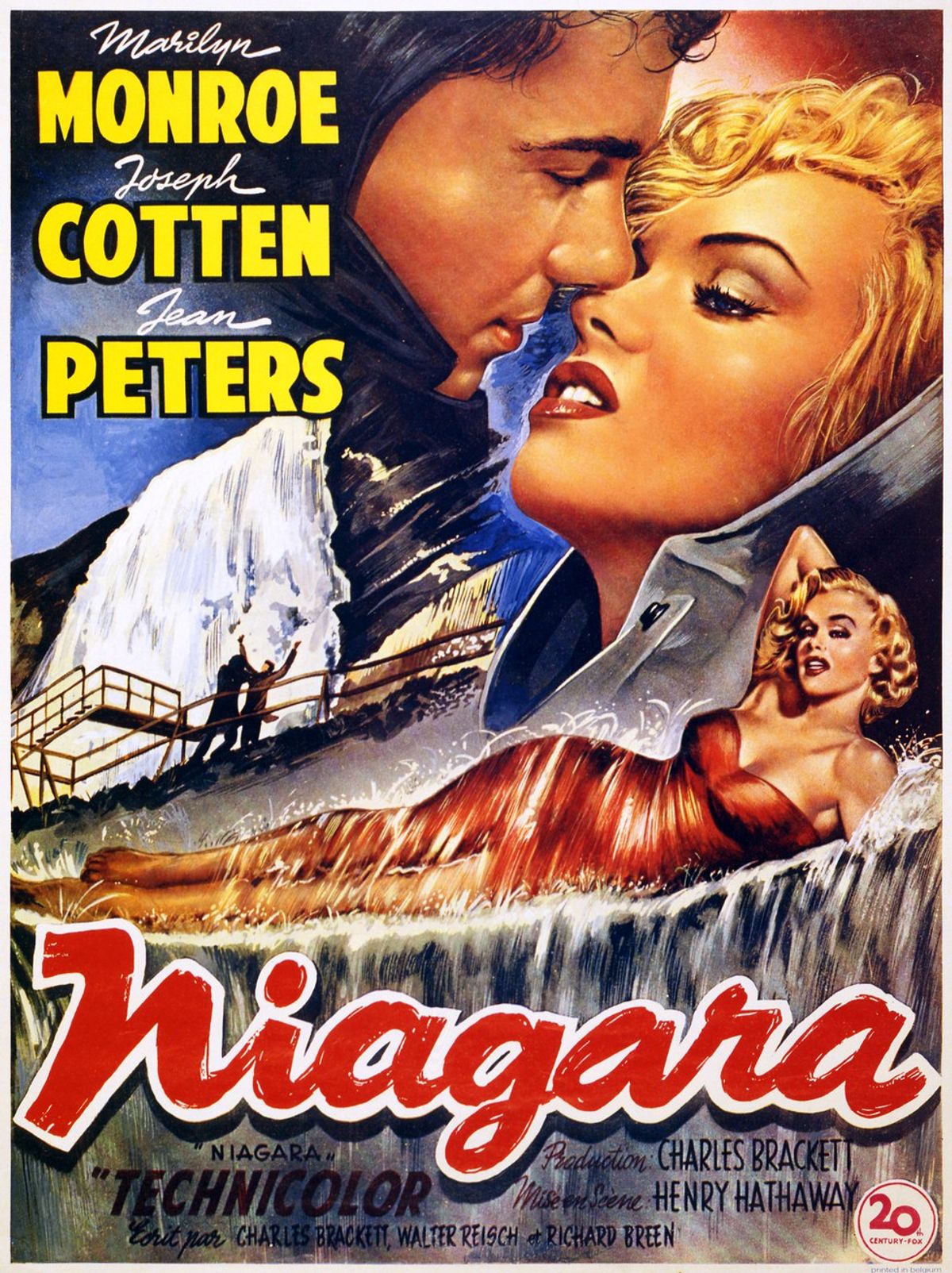 Niagara is a film of betrayal and deceit, but it takes these aspects and pushes them into a hopeless realm. George is a hurting man, a man who is too infatuated with his wife to let her go. His startling acts of violence and anger show us how maddened he is in his marriage. Rose is not only insensitive to George, but cruel to him. She won’t tell him where she heard the song “Kiss” that she seductively sings and plays outside their cabin. George becomes suffocated in their room, as the song permeates everywhere around him, which causes him to crack. She teases, manipulates, and takes advantage of her beauty to deceive everyone around her.

The silence after George kills Rose pans out into still shots of the bells. This eerie silence compares to the still scenes in M after Elsie is murdered. These moments force us to stay in the disturbing realm of absence of sound. George is not a murderous villain, but is a damaged and lonely man who is ostracized by his wife. He is not abusive or threatening to Rose until she threatens his own life. Rose is the one who presents him in a negative way, so that others already have a perception of him before they meet him. He has no control over who he is, and just wants to start over.

I was particularly interested in Polly and Ray’s relationship. Throughout most of the film, Ray is a happy go lucky guy who is very sweet and gentle to his wife. As soon as Polly starts speaking up for herself and telling Ray that George is still alive, he becomes a dominant husband. He immediately negates her words and tells her to rest. He is very concerned with himself and his own personal enjoyment. He speaks over her when the policeman comes to ask Polly a few questions. He is trying to protect her from her “nightmares” but ends up not being there when she needs him most. He is unable to come to her rescue when George tries to make a run for it with Polly on the boat. Ray is completely oblivious to the voice of his wife, until it is too late.

In ways, George and Polly have more in common than they do with their own significant other. George is a man who just wants to escape his life, and Polly is a woman who will always be lead around by her husband. They both have distant and wandering spouses. They are tied in ways that nobody else will understand, or will even believe. George is the one to tell Polly in the beginning to be careful of the falls. He tells her that before you know it they are pulling you into the current that is not forgiving. You can’t turn back once you have left the calm of the river. It is George himself, though, who brings Polly into this merciless destruction. It has to be Polly who George brings down this tumultuous path, and ultimately saves. While it is a traumatic moment for Polly, in ways it is a wake up call, urging her to find herself and be sure of who she is. Ray is not the man that is able to “rescue” her or make her question things in life she has never questioned before. She has to decide herself if she is going to help George. Does she understand him and trust him enough to help him? How does she feel about him at the end of the film?

In the beginning of the film, there is a clear difference between the two couples, but we start to see how Polly is carried deeper into the current. They switch rooms into cabin B, where George and Rose stayed. Polly’s face says it all; she does not want to enter into that dark room and get sucked into the destruction. I believe that the moment Ray and Polly switch rooms is the moment everything turns around. They have no control, the current is taking them where it wants to go, and there is no turning back.

Nicole Marie Nigro
Individual Creator
9025
c1.staticflickr.com
Where to start...... Let me start with the cliche that life throws us curveballs and what we do with it is what counts.