The Word 'Feminist' Has Been Distorted And Twisted Over Time

The Word 'Feminist' Has Been Distorted And Twisted With False Connotations

Both men and women can be feminists and anyone who advocates human equality should acknowledge that they are one. Be a feminist and be proud. 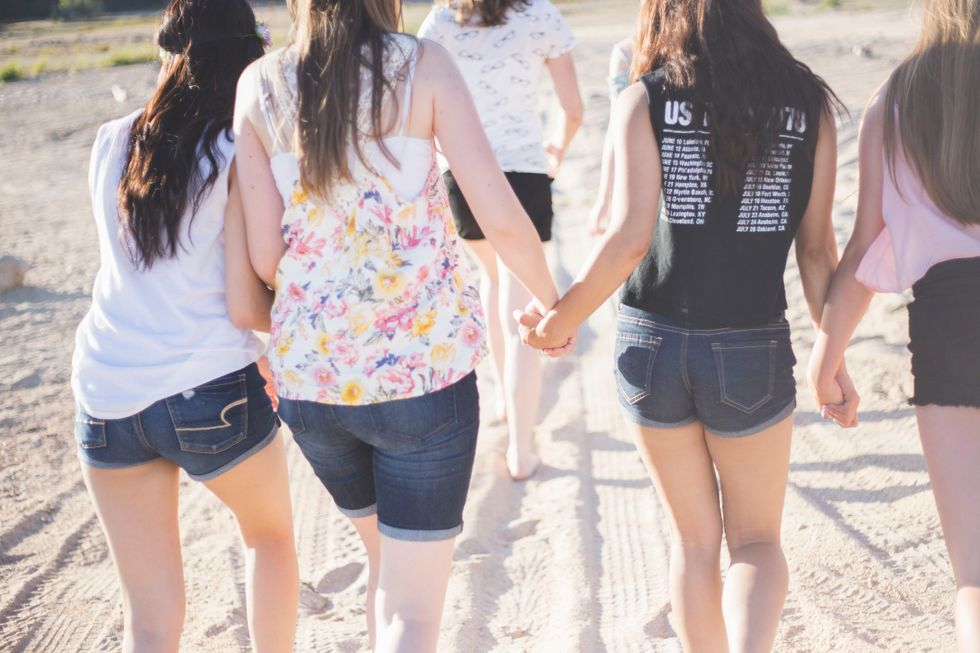 Connotation is everything and the immense influence it has on a word is sometimes unacknowledged and often times detrimental.

I hate when good words lose meaning due to negative connotations.

The word feminist has earned a lot of negative connotation and is misused and misrepresented on a daily basis due to lack of understanding.

"I don't hate men, I could never be a feminist."

"I love my boyfriend and my guy friends, so I could never be a feminist."

"Men are physically a lot stronger than women, so demanding physical equality when it's just not the case is why I could never be a feminist."

"Women are already equal to men, why do they always complain. I hate feminazis. "

"I don't think women are better than men. I could never be a feminist."

"I shave my armpits."

Since when did a word that literally means the political, economic and social equality of sexes become so distorted?

How did society distort a word's connotation so poorly to the point where people claim that they are gender equality advocates but would never consider themselves feminists...

That's literally the definition of being a feminist.

In my own personal life, I have run into so many people both guys and girls, who have told me they are not feminists but believe that men and women should be equal.

I've met girls and guys and people very close to me who I know stand for all the ideals that parallel feminism and still say that they're not feminists.

I've read articles on numerous platforms and recently especially on the Odyssey of people voicing their active anti-feminism all while contradicting their stance on their belief in the importance of equality.

So I asked myself, why does this continue to happen?

And I realized recently. Connotation is power. This huge ball of stigmatization surrounding the "f word" revolves around the misrepresentation and misunderstanding.

Sitting down and talking to people who seem to deny that they're feminists despite agreeing with the definition and everything it supports except for the name itself is and helping them acknowledge their contradiction is something that can restore a positive connotation to the word.

By the end of the conversation, I'm sure you'll hear "oh I guess I am a feminist too" and that's what I want other people to realize as well.

If you are a person who believes in equal rights between men and women you are a feminist and you shouldn't be embarrassed or afraid to admit it. The word "feminist" is not derogatory, it's not the "F" word, and it's not offensive. You don't have to hate men to be a feminist.

If you think that men should be equal to women, by unbiased definition you are a feminist.

If you truly believe that we have reached ultimate equality between the sexes, please look at income gaps, sexual harassment statistics, the regressions occurring right now- present day- in women's health care and the controversies surrounding women's decisions to do what they want with their own bodies and ask yourself if we have truly reached ultimate equality.

Fighting for equality is not a toxic trait — ignorance is.

Feminism focuses on social, economic and political equality. The biological argument always seems to become what I think is an irrelevant leading argument for those who oppose it.

Feminism focuses on equality, it stresses the push for equality and feminism by definition does not mean that women consider themselves superior to men.

Do people even realize how disgusting, insensitive and degrading the word feminazi is? If you catch yourself laughing at is a joke, do not neglect to realize the amount of lives lost and families torn apart during the Holocaust. It's an offensive slur that lacks morals and rationality.

Wear a bra, shave your armpits if you want nobody's telling you not to. Being a feminist does not mean you have to follow any rules or follow any restraints to fall under the defintion. You're allowed to do whatever you want, nobody's saying you can't. The whole point of being a feminist is expanding freedom for women on all platforms, big or small like calling attention to how "Of the CEOs who lead the companies that make up the 2018 Fortune 500 list, out today, just 24 are women." do what you want girls. I'm here for it, I hope the rest of us are too.

That choice is up to you because it's your body, it's your life and your freedom and that is the point.

The stigma around feminism stems for rumor and misunderstanding and just because we are one of the leading countries in gender equality does not mean we should settle for where we are. Countries look up to us, and while we are inspirational, we are not perfect. Any textbook can show us how easy it is to regress as a society and how important it is to constantly fight to maintain the rights we have acquired through protest and acknowledgment. Connotation is everything do not let it distort your opinion or mindset.

Both men and women can be feminists and anyone who advocates human equality should acknowledge that they are one. Be a feminist and be proud.

She's The Girl About To Speak Up, And She'll Make The World A Better Place

So, You Wanna Be A Bad Bitch? Surround Yourself With Bad Bitches