I Am A Feminist, And I Am In A Sorority

I Am A Feminist, And I Am In A Sorority

It was the best decision I've made in college 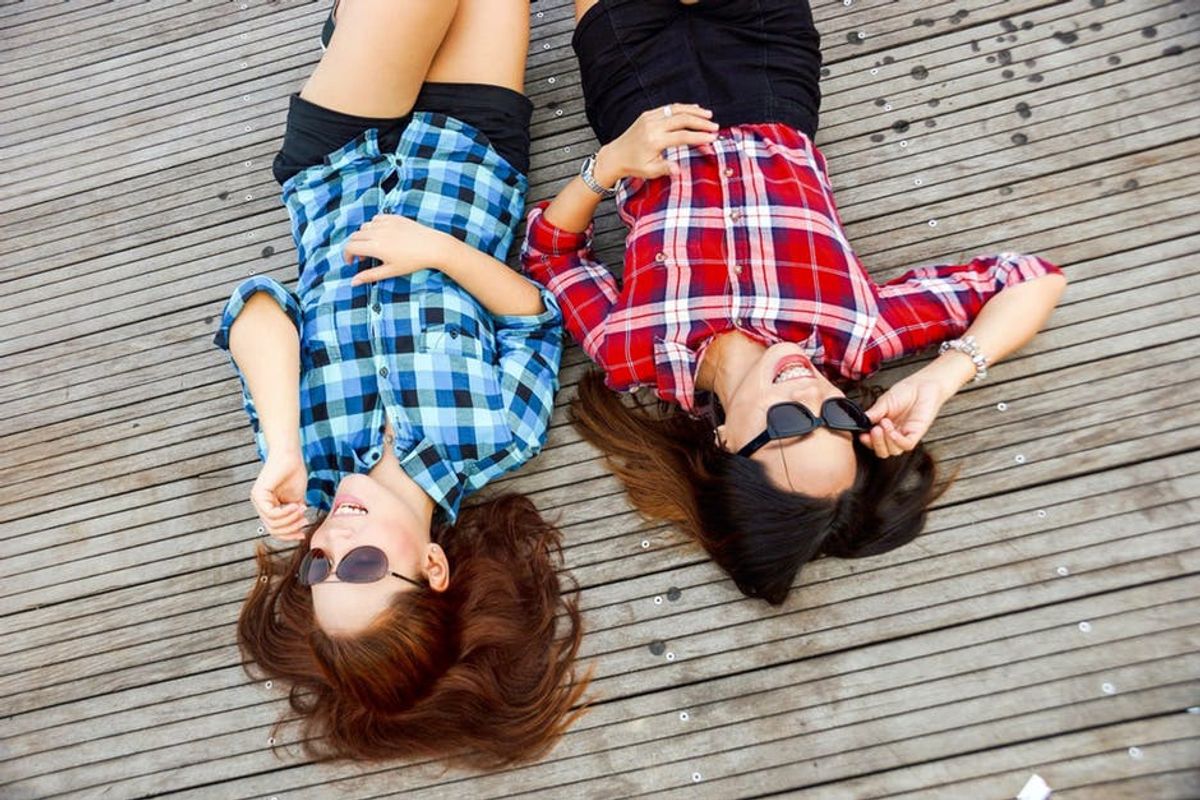 The first exposure I can remember having to sorority life is the first time I watched “Legally Blonde” in middle school. Now, I know there are heavy debates about whether or not that film is actually a true representation of “srat” life but that’s an argument we can hash out another day.

After watching “Legally Blonde” for the first, second, and third time, there were two things I was absolutely sure of 1. Reese Witherspoon is probably the closest thing to perfection this planet will see and 2. I would never join a sorority. Due to statement number 2, when I was beginning my college search, Greek life was at the bottom of my list. It actually didn’t even make the list. It was probably on a completely separate list of things I didn’t want my college to have. Somehow, though, 1 year after committing to a school, I found myself pledging a sorority. And I am so glad I did.

Being a sorority sister means a lot of things. It means yes, you pay dues but, no, that doesn’t mean you pay for your friends. It means immersing yourself in serving your community and working hard to maintain relationships with other organizations around you-- Greek or not. Being a member of sorority means building bonds with people you may have never met otherwise. But most importantly, to me, being in a sorority has meant that my outlook and support of the feminist movement has changed and expanded drastically.

Surrounding myself with a group of positive, strong female role models is the most important thing I have done since beginning my college career. And it never would have happened had I not pledged my sorority. While being a feminist involves several aspects, one of the most important is actively participating in encouraging and helping the women around you grow.

To Katie, it means something very similar; “...as a feminist, being in a sorority means promoting bonds between women and it also means taking pride in the accomplishments of my sisters.”

Of course, taking pride in yourself and your personal accomplishments is one of the greatest rewards you can give yourself. However, as a sorority sister, you also have the accomplishments of several other women to be proud of (and even brag about).

One of Sarah’s main goals since pledging a sorority is to end the stigmas that surround them; she does this by “...advocat[ing] for my sisters and making them see the beauty that they have. Conversations I would never have before suddenly seem normal to me...It’s been one of the best decisions I made at college.”

Upon pledging a sorority, you suddenly gain so many outlets to express thoughts, opinions and have important conversations that are essential in helping not only yourself but others grow as well. A vital aspect of the feminist movement is recognizing the importance to have these conversations about wage gaps, glass ceilings, and sexism that make society uncomfortable (but really shouldn’t!).

Throughout her life, Rachael has always recognized the importance of having strong, supporting female friendships; she is “...more likely to succeed when I’m surrounded my strong, successful women...being in a sorority has given me the opportunity to be in that kind of environment.”

It’s true. When you surround yourself with women who understand you drive (and even your hesitation) you suddenly feel the urge to encourage yourself to apply for the internship, take 18 credits, audition for your favorite role, etc. And with the encouragement and support of your sisters, you WILL succeed.
Report this Content
This article has not been reviewed by Odyssey HQ and solely reflects the ideas and opinions of the creator.