Father Of CF Patient Embarks On 50-mile Paddle Boarding Adventure, Raises Money For Cystic Fibrosis
Odyssey
CurrentlySwoonLifestyleHealth & WellnessStudent LifeContent InspirationEntertainmentPolitics and ActivismSportsAdulting
About usAdvertiseTermsPrivacyDMCAContact us
® 2023 ODYSSEY
Welcome back
Sign in to comment to your favorite stories, participate in your community and interact with your friends
or
LOG IN WITH FACEBOOK
No account? Create one
Start writing a post
Health and Wellness

The Crossing For A Cure is a long-distance endurance paddle challenge that takes paddlers from Bimini in the Bahamas back to the Florida mainland, in the name of Piper Suit, a child with cystic fibrosis. 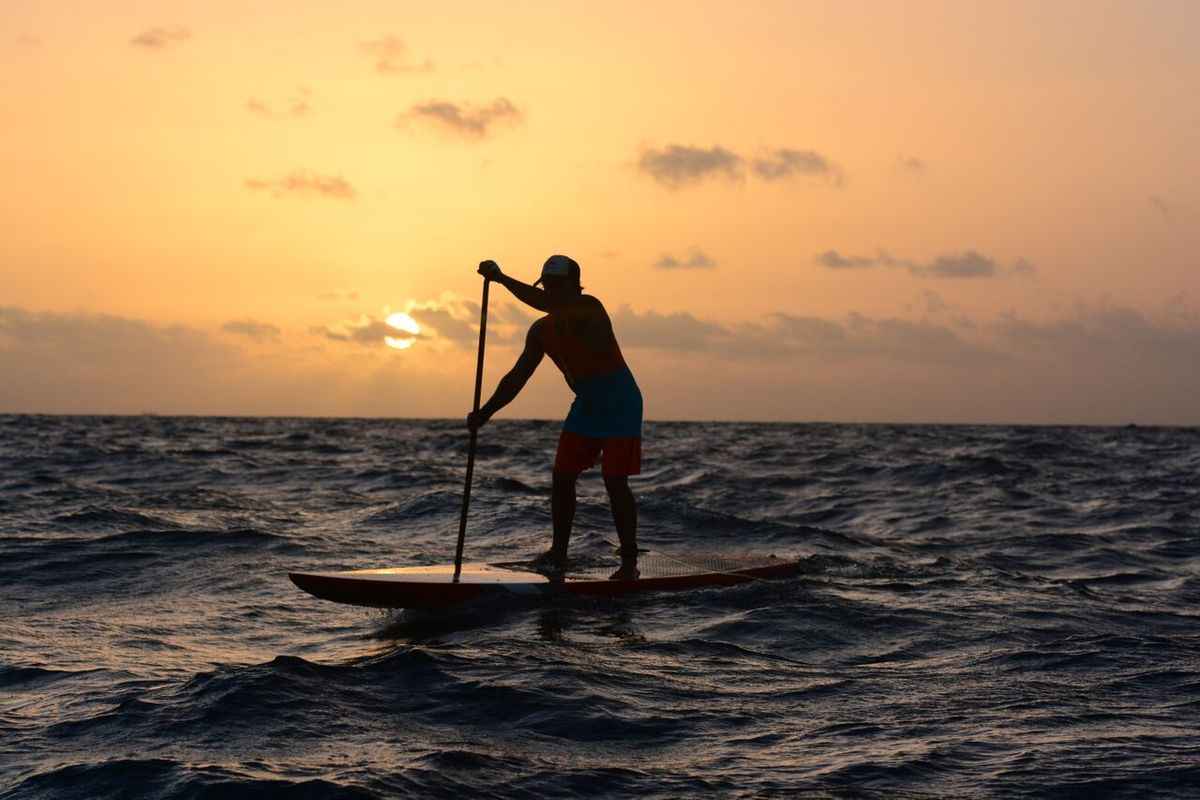 This Father’s Day weekend, native Floridian Travis Suit will embark on a 50-mile paddle boarding adventure from Bimini in the Bahamas to West Palm Beach, in honor of his 9-year-old daughter Piper, who is fighting a battle with cystic fibrosis.

The journey is part of Crossing For A Cure, a long-distance paddle challenge led by Travis and his supporters, which seeks to raise awareness for CF and the incredible health benefits of the ocean.

In 2011, Travis’ daughter Piper was diagnosed with CF at 4 years old.

Following her diagnosis, Travis sought natural therapies that could improve Piper’s quality of life alongside her medical treatment plan.

After meeting with Piper’s CF team to discuss her plan, Travis learned of a study performed in Australia that confirmed the benefits of salt-water on individuals with CF. That very study says that salt-water exposure can reduce exacerbations and infections by up to 56%! Amazing!

A water bug himself, Travis was excited to incorporate salt-water exposure into her daily regimen – and that he did.

Travis then learned to surf so that he and Piper could spend time out in the water together, but since Piper is still petite and young, paddle boarding became more suitable for their current routine.

In the process of introducing Piper to salt-water ‘therapy,’ Travis said he wondered why there isn’t currently a structured program that encourages CFers to take advantage of the ocean.

With that in mind and the goal of teaching Piper the importance of boldness in the face of fear, he decided to challenge himself to paddle board from the Bahamas to mainland Florida. The challenge would serve as a fundraiser and awareness campaign for the CF-salt connection in Piper’s name.

“You can’t let fear be the operating system,” said Travis. By being bold and facing adversity head on, you can take control back into your own hands. While CF can be unpredictable and scary, there are some things people with CF and their loved ones can do (while having fun!) that can serve as preventative measures.

In August of 2013, Travis and a small group of friends made their first 80-mile trip from the Bahamas to Florida, and became known as “Piper’s Angels.” This trip became known as the very first Crossing For A Cure.

Meanwhile, said Travis, “she [Piper] is the angel who sparked all of this. She is the energy source. “

Now, several years later, with the Piper’s Angels Foundation registered as a nonprofit, Piper’s Angels are ready to Cross For A Cure once more, this time on a much larger scale.

This year's event has nearly 40 paddlers registered with 10 supporting boats at present time. Individuals are also invited to register as relay teams, taking turns paddling through the 50 miles.

Those who are not paddlers are invited to ride alongside the paddlers via boat.

For more information about the trip itself and how you can get involved, click here.

Travis is an active volunteer and is setting out with the determination to balance salt-water research with the development of an ocean-based activities program for people with CF. He hopes that the future of Piper’s Angels will consist of the creation of a free program that offers individuals with CF the opportunity to fall in love with the ocean and develop a healthy salt-water regimen.

As a father of a CFer, Travis knows that the physical, emotional and economic burden of CF can be overwhelming—that is why, he said, that it is so important to develop assistance programs that can help extend and improve the quality of life for individuals with CF and their families.

“The scary thing about cystic fibrosis is that your child’s future has been thrown into uncertainty, but to gain a little back knowing that there are things you can do, can be relieving and empowering,” he said.

While Piper has had a rough year, fighting infection, receiving her first PICC-line and feeding tube, Travis says she is now the best she’s ever been. She is a competitive cheerleader, tumbling and cheering!

Travis describes Piper as having “an enlightened perspective on the world,” which is something that I believe will resonate with many people with CF and their families.

Travis, your incredible positivity and passion for this cause shined right through the phone, and as I told you, I was driven to tears on several occasions listening to your story. I am so happy to shed light on your fundraiser and bring awareness of your work to the CF community. I hope we cross paths whether it is at the Crossing For A Cure event itself or elsewhere! Keep in touch, and stay salty :)

Crossing For A Cure has already raised close to their goal of $50,000! If you’d like to read more about the event, click here, here, or here!