Fashion Nostalgia Through the Ages

Fashion Nostalgia Through the Ages

How every decade recalls the past 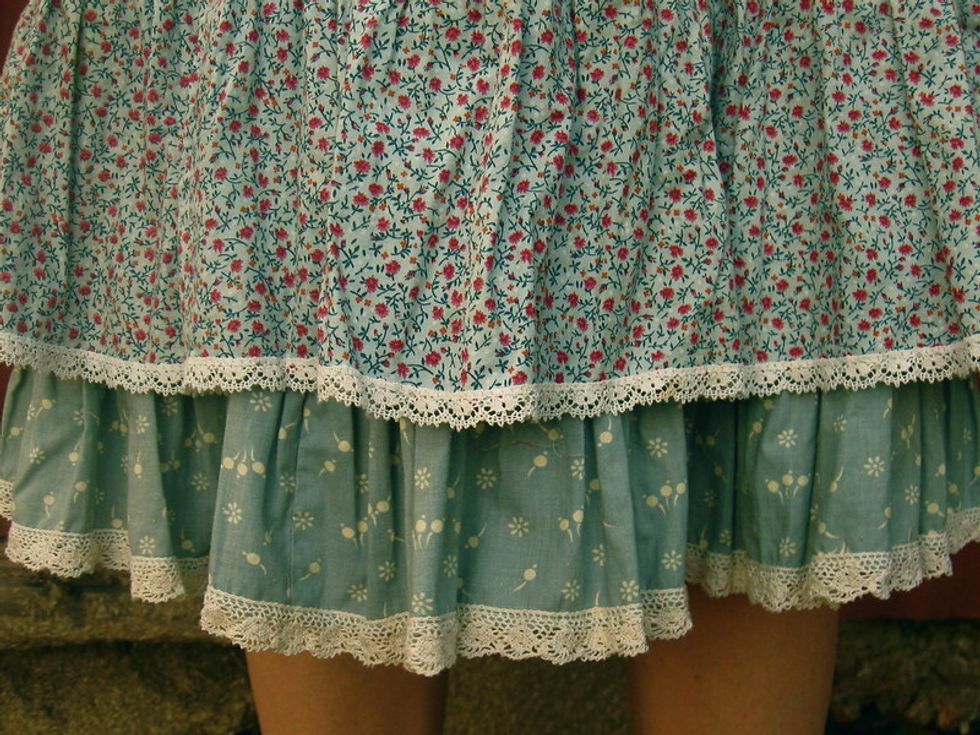 Record players, Polaroiods, cottagecore, unnecessary television reboots — it seems everything in our world today is yearning to return to another, simpler time, and what we wear is no exception. Fashion since the mid 2010's has been largely characterized by the "throwback" of reminiscent trends from another fashion era. Scrolling through Instagram today, one can find 1960's miniskirts, 1980's puff sleeves, and 1990's everything all in a single swipe. This Millenial/Gen-Z pioneered era of style borrows bits of every previous generation, but this nostalgia in fashion is not unique to this generation. Let's take a look at the past and how every decade has built off of a time before itself.

**Note: this article will focus mostly on mainstream Western fashion of the past two centuries or so.

Pride and Prejudice 2005 via Netflix

When one thinks of fashion a few hundred years ago, regardless of the decade, it's usually characterized by tight corsets, wide skirts, and ridiculous piled on hair. But going into the first couple of decades in the 1800's, we see this post-renaissance Grecian inspiration in both hair and clothing. Dresses become looser and higher above the waist, sleeves move higher up the arm, and the iconic white powdered wig was cast off.

Both men and women ditched their status symbol wigs for a more Hellenistic look, drawing inspiration from Greek muses and heroes. Wishing to emulate the appearance of Roman emperors and oligarchs, men stopped wearing wigs and low ponytails and opted for a manageable cropped style. Women kept their hair in an ornate low bun just above the nape of the neck, adorned with hair decorations and tight curls. This Grecian inspiration carried into the latter half of the century as hair remained piled in a bun with subtle variations such as a middle hair part.

"1968 fashion" by Once a garden - now wilderness via Creative Commons

From the 1920's onward, fashion was becoming more functional. As we move from the 50's and into the mid-60's, we see everything become a little smaller. Ties become skinnier, suit pants become more form fitting, and skirts start to hug the figure. This increasingly modern look was the norm until the end of the decade when the youth rebelled against this style and took it back half a century.

Late 60's counterculture radicalized fashion in its pull towards a more romantic, natural look. The pin curl up-do and gelled back hair are traded in for long flowing hair and over the ear bowl cuts. The maxi skirt takes over the reigning a-line skirt as a push back to a more simple time. Victorian necklines, loose bell sleeves, and ruffled necklines took over this ethereal aesthetic that changed modern fashion from that point on.

The 1970's further the late 60's romanticism by continuing the trend of longer looser silhouettes over tighter more restrictive ones. Prominent designer, Jessica McClintock started her iconic Gunne Sax dress brand which ran from the late 60's to the early 80's, influencing fashion with its consistent nostalgia for an earlier time. Gunne Sax patterns and silhouettes drew from lace Edwardian lawn dresses as well as the ultra-feminine peasant look which defined the era.

These looser looks from the late 60's defined the 1970's. Wide-legged jeans, wide lapels, wide ties, all derive from the nostalgic push-back against modernity.

We see the 1980's in everything today. From movies/tv shows taking place in this time period, to the vintage style permeating through every teenager's closet, we just can't seem to shake this era. But the 80's itself had its own inspirations. Popular silhouettes at this time were very top heavy, drawing from the broad, shoulder-padded tops of the 1940's. Everything from hair to suits to sleeves just kept getting bigger. But where did it come from?

"Georgian Fashion of 1836: Plate No 5 - Morning and Evening Dresses" by CharmaineZoe's Marvelous Melange via Creative Commons

Just like the two previous decades, the 80's brought back romantic styles in its own way. The gigot sleeve is an incredibly full sleeve that puffs at the shoulder and becomes slimmer at the wrist. The word itself comes from the French word for mutton or leg of lamb, which looks a bit like the large sleeves themselves. But instead of being placed on top of a full cage skirt, these balloon-like tops were worn with slim pants, maintaining its romantic feel while functioning in a modern world.

So why does fashion keep going through these throwback cycles? Will the people of the future romanticize our era for a simpler life? How do we define ourselves without nostalgia? How long will our own originality persist? The aforementioned time periods were times of great turbulence and change in the world. Nostalgia is a means of escape during troubled times, when people wish to go back to a simpler time, even if it's a time they never lived through. However troubling these eras have been, they have managed to survive through the fashion of those decades after them.