The previous four years have taught me much. All that's left is to say thank you. 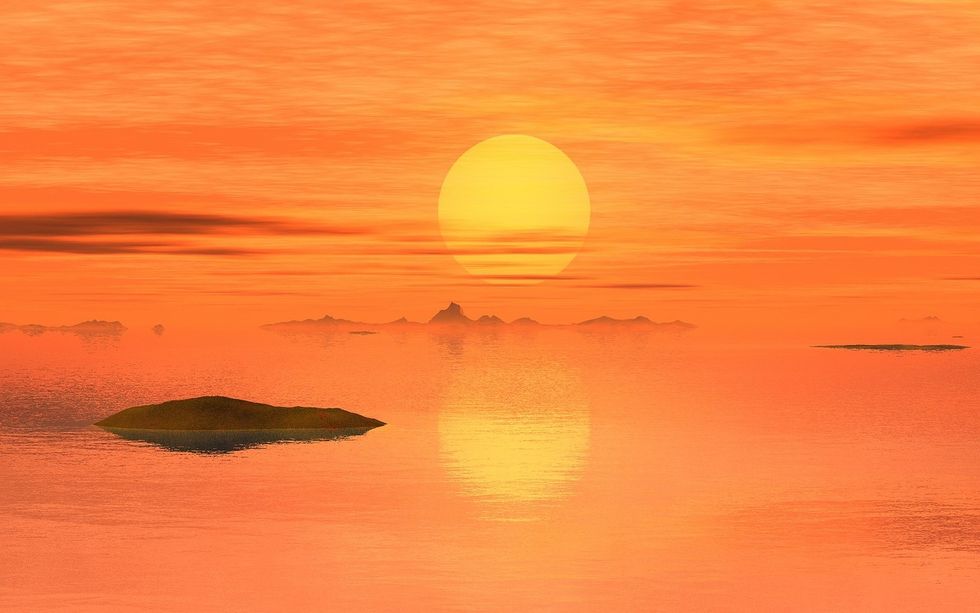 Four years ago, I was in the exact same place that I am now. I was seated on my couch, in my parents' house, nestled in the tiny hamlet of my birth. Four years ago, it was a similarly sunny summer day in early August when I first saw the Facebook post recruiting for Odyssey.

Of course, the world then was not the world now. Donald Trump was not yet president. I had not yet started college. I was still in the passionate throes of my first real, romantic relationship. Heck, I had only just created a Facebook account earlier that summer.

At that point in time I did not know how much the world would change in the subsequent weeks, months, and years. Of course, none of us knew. Which, truth be told, is the nature of linear time and human existence; none of us are able to really see much farther than the next few minutes or, at most, hours.

Yet, I can't help but think that if any of us knew how much the world was going to change in these last four years, we might've felt a little bit different about all of it. We might've lingered at the party a moment longer. We might've savored our goodbyes a little sweeter. We might've laughed bigger, hugged stronger, kissed deeper. We might've told the ones that we love most that we love them the most and never really have let them go.

The place I am in now is the same as where I was four years ago. It's still standing with all of its time-worn charm. But I am a very different person. Very different from the green boy who left his sedate home four Augusts ago to seek his fortune elsewhere. I've traveled to far-off lands and met magnificent and complicated people. I've eaten food with names that rest in tongues I cannot speak. I've danced dances and sang songs whose names I have had the misfortune of forgetting. I've laughed, I've hugged, I've kissed, I've cried, I've lived.

Sappy stuff, but once again my life is at an inflection point, so I figured it probably calls for it.

Now, just as my world and the world at-large turned upon that moment four years ago, so too it does again. If you've heard it once before, you're sure to hear it at least once more: these are uncertain times, there is no denying. And it is from that unprecedented uncertainty that I am looking to build a world for myself beyond that which I already know.

Odyssey has given me so much. As a platform to speak up, speak out, and speak my mind, I don't think my formative college years would've been what they ultimately were if I didn't have a place like Odyssey to work out all my thoughts and feelings in their various complexities and complexions. I've grown fast with new friends throughout my time with Odyssey, as well as strengthened ties with old compatriots.

I would be remiss if I did not mention the eager people who have readily engaged with my work on Facebook and beyond. Though perhaps I shouldn't be, I have been perpetually astonished when folks have approached me, both online and in person, to converse about my latest Odyssey article. In instances of both commendation and condemnation, I feel I have grown as a result of persistent and oft generous reader intercourse.

Thus, my response to all is a humble "thank you." Thank you to those who have lauded and supported me and thank you to those who have vigorously challenged me. It has been a privilege to have been able to touch your lives and engage with your thoughts and ideas in ways both big and small. Though I may have grown as a person, so much of me still thinks of myself as that small-town kid from the quiet country hamlet. And who would want to listen to some nobody from a small town in the middle of nowhere? Apparently, many more people than I would have anticipated, so again the heartiest of thank yous.

Six years and five days ago, Robin Williams ended his life. Unbeknownst to his doctors, his wife, and all those closest to him, Williams was suffering from Lewy body dementia, an insidious, degenerative neurological condition that can instill in its victims everything from severe anxiety and paranoia to an inability to chew or properly digest food. I was not quite sixteen when Williams passed, but I knew that moment as an inflection point as well. Though I had long been familiar with the famed actor in his iconic roles as Genie in Aladdin and Prof. Philip Brainard in Flubber, I had only recently discovered and become enamored with his more dramatic work, as in Good Will Hunting and Dead Poets Society. And though I had no especial claim to his person, his loss was crushing. It felt as if a little bit of magic had run out of the world, and we had no hope of ever getting it back…

I've grown much since that moment, guided in part by the wisdom imparted by such figures as Williams, as well as a result of forging my own trail. Even so, on the recent anniversary of his death, at a crossroads all at once wonderful and powerful to behold, I think it would do us all good to remember just a few of the many words spoken by Williams over the course of his life: "No matter what people tell you, words and ideas can change the world."

I know now that the magic of the world is what we make of it, and as long as we have breath in our bodies and love in our hearts, we've never really lost it at all.