Dealing With Alzheimer's Disease As A Family

To Families Dealing With Alzheimer's Disease, You're Not Alone

Alzheimer's disease is real and it's affecting families all over the world. 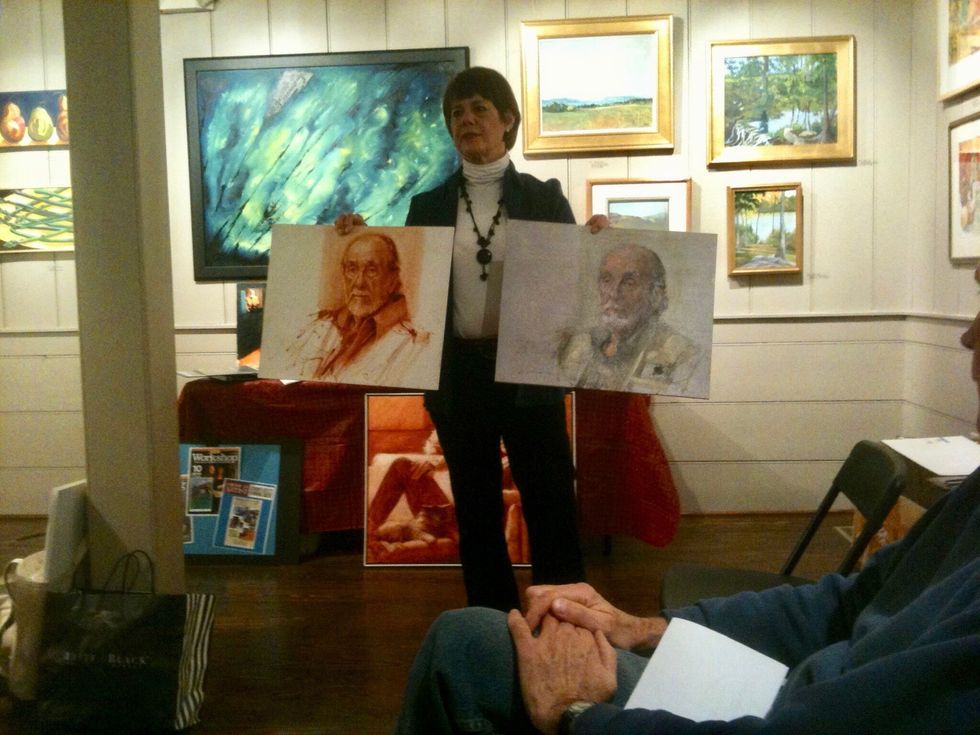 I come from a family who likes to pretend as though everything is always OK. From the outside, my family is nothing short of perfection. Happily married parents, two sets of healthy grandparents and two smart daughters who are set up to succeed in every aspect of life. Bad things happen to other people right? Not us, not our family.

In reality, things are much different. Illnesses happen, arguing happens, unexpected, tragic events happen. Sadness at some point is inevitable — most people accept that as a fact of life.

All of these normal mishaps in life are either hidden or not talked about, and it has always been like that until recently.

Three years ago, my grandmother, Nonna as we call her, was diagnosed with Alzheimer's disease after my mother grew concerned over her sudden forgetfulness and weird placement of household items. It came as a shock to all of us considering the type of person we've always known my Nonna to be. A loving mother and grandmother, an extremely gifted artist of 55 years and a type-A neat freak.

How could it be that the most talented, sharp-minded person in our lives could develop such a disease?

In the beginning stages, my grandmother's diagnosis was kept quiet. My grandfather refused to say the word "Alzheimer's" in fear that if he spoke about it, it would become true. Over the next several months, we started to notice subtle signs of the disease. A question asked twice, a bracelet that went missing. It didn't really become real until my grandmother, an art teacher of 14 years, forgot about a drawing class she was supposed to have taught. Nonna had never missed an art class, art was her job, her passion, art was her entire life.

After 55 years as an artist, my grandmother stopped painting. How can the brain forget how to do something it has done every day for 55 years? My family was heartbroken.

As time progressed, my grandparents' beautiful colonial home began to slowly deteriorate. My grandmother stopped cooking, expired food rotted away in the fridge. There was dust on every piece of furniture, flowers and plants began to die and the lawn was way overgrown.

My grandmother's appearance began to change, too — she wasn't showering for days on end and she stopped wearing her amber glass lipstick that she's worn for decades. My grandfather wasn't doing so well either, but how could we blame him?

To watch the woman you've been married to for 50 years, slowly forget everything about herself, it's truly heartbreaking.

For so long, my grandfather tried to keep my Nonna's disease a secret. They lost touch with their closest friends and even their own brother's and sisters. It only got worse as time went on and my grandfather became my Nonna's full-time caretaker.

For three years he wouldn't accept help, he wanted to carry on with life, as though her disease would eventually go away. For three years my mother would drop everything to drive down at any given hour of the day or night, to help them when things got bad.

There came a time, just a few weeks ago, when it became a true danger for my grandmother to continue living alone with my grandfather. Walking became a struggle and falling became a constant worry. It wasn't until a few weeks ago that my mother and her sister convinced my grandfather to move my Nonna into a memory care facility in my town. Of course, it was probably the hardest decision he's ever had to make, but he just couldn't take this on alone anymore.

My grandmother is now safe and taken care of in a facility that specializes in her disease, but the pain and suffering of the loved ones around her will never go away.

Since my family has been affected by Alzheimer's disease, I think we have all become a lot stronger. As a family, we have overcome many obstacles along this journey and my mother has gone above and beyond daughterly duties to help her parents in ways she'll never realize. Our family is now vocal about what we are going through, my cousins have run 5Ks to help fund Alzheimer's research.

The past three years have put us all through hell, my mother and father taking the brunt of it. It's the hardest thing I've ever experienced, watching my mother slowly lose the woman who gave her life. My mother is the strongest and most caring person I know. I only hope I can be half the person she is one day.

For those of you also dealing with this disease, you are not alone.

Alzheimer's disease is taking over the minds of more and more people every year, and yet there is still no cure. This disease is stereotyped as an "old person disease" so funding is very limited. You won't understand until someone you love forgets everything. If you have someone close to you who is going through this treacherous journey, giving them endless love and support is the best thing you can do to help.