To The False Feminists, You Either Stand With ALL Women Or You're Not A Feminist

To The False Feminists, You Either Stand With ALL Women Or You're Not A Feminist

If you degrade the woman your ex started dating, you are not a feminist. 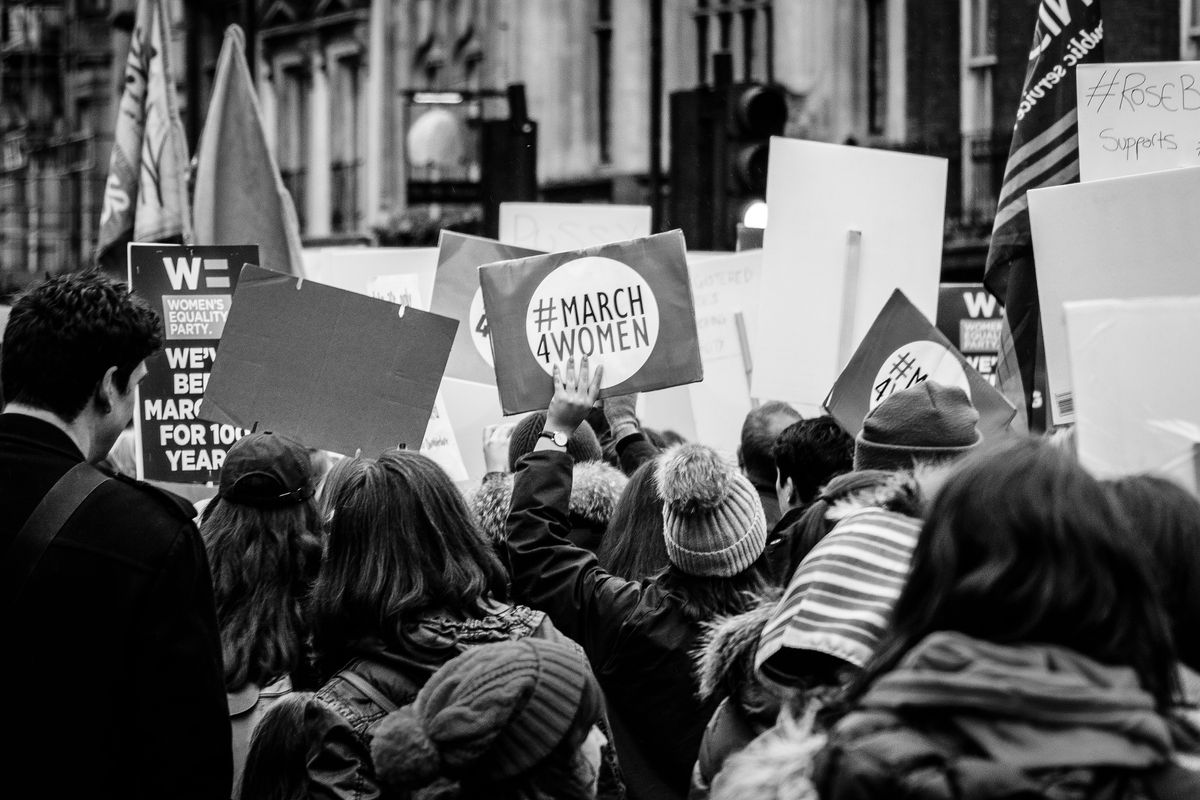 I think there is a large misunderstanding about what feminism actually means.

To all the women who claim to be feminists but think women should be above men in some way, you are not a feminist.

The idea of feminism is that no gender or sex should be above another, that each has equal opportunities, and each is given an equal playing field to achieve their goals.

To all the women who only support white women and their success, you are not a feminist.

To all the women who degrade another woman for expressing her sexuality… you are not a feminist.

A woman should not have to be called a “slut,” or a “skank,” for expressing her sexuality as long as consent is involved in every encounter. If that is not your style, fine, but you have no right to tell another woman how to express herself in that department or shame her for doing something you would not do.

To all the women who degrade the woman your ex started dating, you are not a feminist.

Why degrade a completely innocent woman, who has never wronged you, for dating someone you used to date? How is it her fault that you and your ex had a falling out, and he began seeing another woman?

You want to hear that you are prettier than her, or better than her in some way, but she doesn’t deserve to be degraded because of her choice in a man.

To all the women who blame the woman when your boyfriend cheats, you are not a feminist.

She has no responsibility to your relationship, if she even knew about it for that matter, and therefore you have no right to blame her. Your boyfriend gave you his word, and he broke it. Your cheating boyfriend is the problem, not the woman he chose to cheat with.

To all the women who won’t allow your boyfriend to have healthy female friendships, you are not a feminist.

It is healthy for all people to have solid female and male friendships. To assume your boyfriend is going to cheat on you with a friend specifically because of her gender is a pure slap in the face to feminism.

To all the women that call confident women “bitches,” you are not a feminist.

To call another woman a bitch who has never done anything significantly awful to you is just a true disgrace to feminism.

To all the women who harass another woman over a guy, you are not a feminist.

What happened to solidarity? Solidarity should not be subjective, and you have no right to harass a woman over a mutual interest in a man.

To all the women who form friendships based on mutual hatred of another woman, you are not a feminist.

Again, where is the solidarity? You either stand with all women or you don’t. You don’t get to form a bond with someone off of your hatred of a woman who hasn’t done anything to you and then call yourself a big-time feminist.

Please stop calling yourself a feminist but treating other women like dirt because of jealousy, or insecurity, or any other reason.

Please stop calling yourself a feminist but thinking you are above other genders, races, ethnicities, or men.

Please stop calling yourself a feminist if you cannot express solidarity with other women.

Please stop calling yourself a feminist but degrading all other women who are not in your immediate friend circle. Just stop.