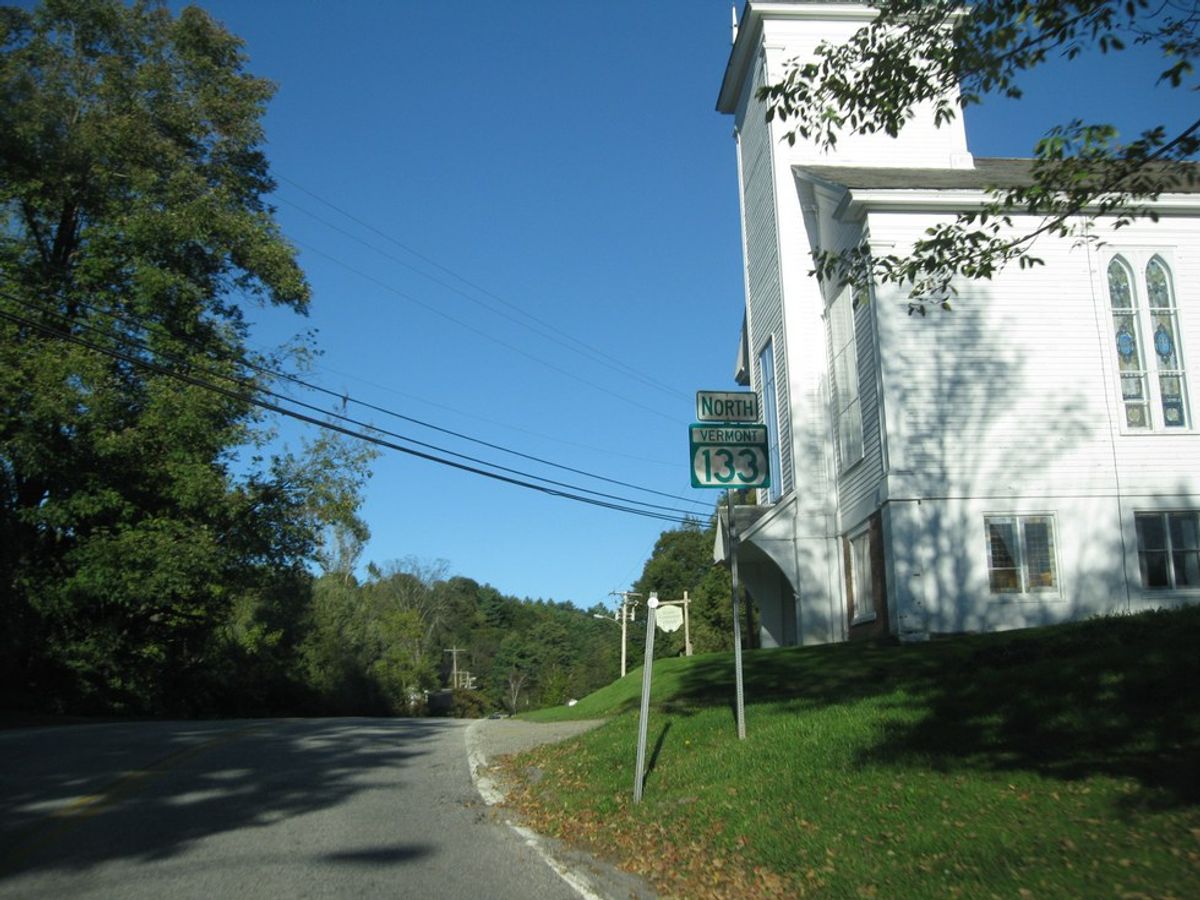 A wise man once told me, "when you marry a woman, you marry their entire family".

Now, I'm only 19, with no plans on marriage anytime soon, yet I think I can sort of relate. With every new relationship comes more than just a new person to kick around with. You're going to meet family, friends, enemies, problems, hopes, dreams, and much more. It's a pretty routine procedure, and one I've been through more than once.

Last Monday was that big first impression day. Right after work I was to drive over to Granville where I'd finally get to meet all the wonderful friends she'd been talking about for weeks now. The night before, I'd been jamming to Unknown Mortal Orchestra at the Signal Kitchen in Burlington, and with an already late end time, the hour and half drive put me in a sleep schedule that was less than optimal.

With a cup of java in my hand, I trudged into work the next day in a semi sleepy daze, mentally preparing myself for the nights event. By 5:00 p.m. my head was achy (as always), and I probably wouldn't have minded a serious nap, but none of that seemed to matter as I rushed home to get ready.

A little after 7, we arrived, where her friend Jack's band were warming up. Tonight was a get together of friends and family, complete with a backyard concert in beautiful Pawlet, VT. We made our way to the porch overlooking the scenic view, and I met her best friend Ashley. Five minutes later I found myself in a circle with an array of unfamiliar, but warm faces. Jack came out and we started getting into a conversation about school and music. He was studying at Berkley this year, and when he asked me where I went, I think I mumbled something that wasn't English. It was a quite playful moment, and we all laughed, even though I was a tad embarrassed. I then remembered I do get nervous about these kinds of things.

The scene turns from a orangey sunset, to a seemingly uneasy scarlet. I start to feel a little paranoid as I filter through more questions in my head, trying to prepare myself for what would come next. I start to think I can barely remember my name, or at least it must have sounded like it. All of a sudden, I feel the blood rush through my limp arms. It climbs up through my chest and soon I see the static behind my eyes take over my vision. I remember thinking I should get some water, but at the same time my mind drifts to a unfamiliar place. I felt as though I was remembering a dream from the previous night. I was flying down a sonic highway with the wind rushing through my hair....

All of a sudden I find myself awake. I was on the ground in the hands of woman with the same name as my mother. The entire day had felt like a dream, yet here I was on the side of some porch in the middle of Nowhere, VT. A voice asked me what my name was, and what I had for lunch today. My mind raced back to the crowded lunch room of high pitched voices from hours before. The face of a 7 year old boy with mustard smeared all over his face was looking back it me.

"A really crappy chicken sandwich" I said to the woman. I heard a crowd of voices chuckle in a sigh of relief. It hit me where I was. I couldn't help but laugh audibly.

Still on my side I greeted my audience, "Hey guys, I'm Brendan. I'm dating Avery, and it's nice to meet you all".

Thankfully, everyone seemed to laugh. One person even said, "We'll see after that if you still are".

I spent the rest of the time inside waiting for my parents to come pick me up. No one was sure if I hit my head when I passed out, so I decided it was best to get it checked out. In the meantime I met the rest of Avery's friends. We joked and laughed about the whole incident, and I was even invited to come back again.

I felt a lot better after that fall. Sure, my head pounded with a fierce thump, and now had to head back to Rutland where I'd be in the ER for nearly 7 hours, but I think I made an impression. Before I left, Avery gave me a hug. "You seemed to have played that off really well".

"At least they won't forget me".