Everything you never knew about tea. 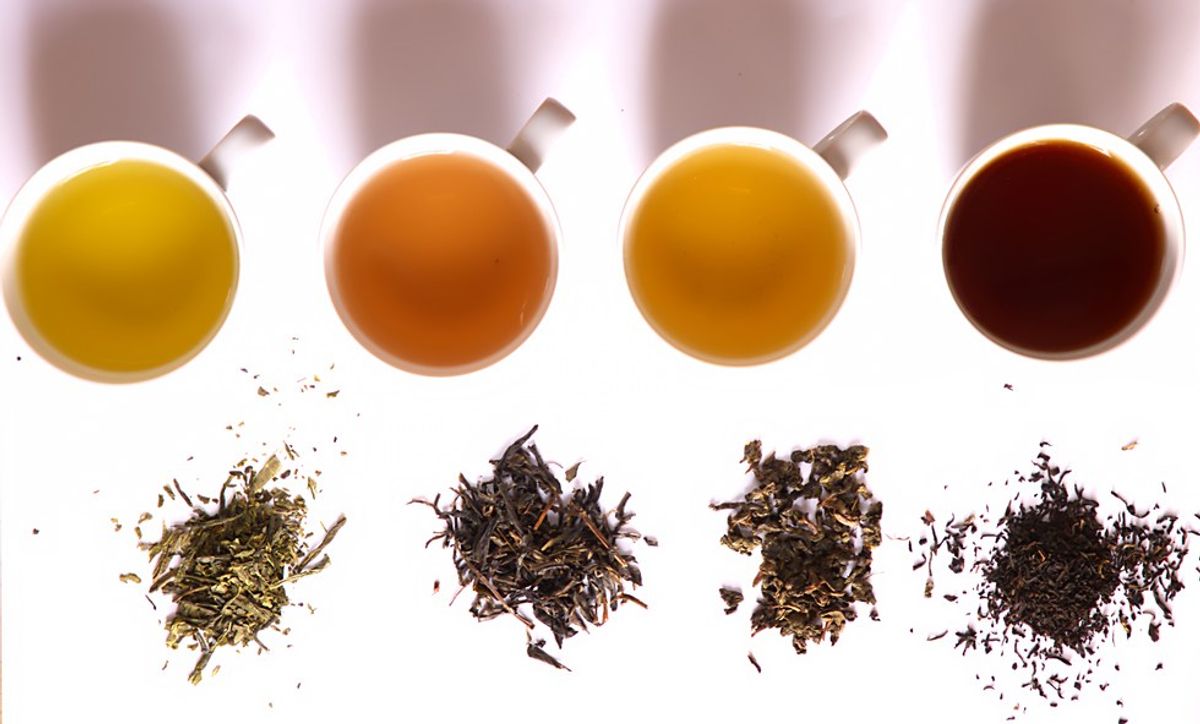 One of the most important beverage questions is: coffee or tea? Many people opt for the bean-based drink, full of dairy and often a plethora of flavor shots. Or, if someone doesn't prefer the roasted smoothness of coffee and would rather have iced tea, it's sweetened until it's basically sugar water. My question is: why is everyone so opposed to the beauty of hot tea? There are many benefits including (but not limited to) less caffeine to become addicted to, a decrease in risk for heart attack or stroke, aid in weight loss/bone strength/teeth whitening, loads of antioxidants AND it comes in enough varieties for everyone to find some "bitter leaf water" that fits their tastes.

Or shall I say, is their cup of tea.

Let's look at ten tea facts because come on, tea is clearly the superior beverage.

It is likely common knowledge that tea was discovered in China with the earliest record dating back to the 2nd century BCE, where emperors in the Han Dynasty drank tea to their hearts content. However, there is surprisingly an origin myth regarding its discovery. The legend says that "Shennong, Emperor of China and inventor of agriculture and Chinese medicine was drinking a bowl of just boiled water due to a decree that his subjects must boil water before drinking it some time around 2737 BC when a few leaves were blown from a nearby tree into his water, changing the color. The emperor took a sip of the brew and was pleasantly surprised by its flavor and restorative properties."

The Aboriginal Australians drank an infusion from the plant species Leptospermum (a different plant from the tea plant or camellia sinensis). Upon discovering Australia, Captain Cook noticed the aboriginal peoples drinking it and called it tea. Today the plant is referred to as the "ti tree."

Tea is the national drink of both Iran and Afghanistan, where green or black tea is prepared with lots of sugar.

The U.K. is surprisingly not the biggest tea consuming country—Ireland is (per capita anyway)!

Overall, tea is the most consumed beverage globally, besides water.

One of Queen Victoria’s ladies in waiting, the Duchess of Bedford, is usually credited with the idea of “English Afternoon Tea.” The British invented two kinds of afternoon tea: “Low tea,” or afternoon tea served on a low “tea table,” and “high tea,” which is served on a “high” dining room table.

In 1884, the Aerated Bread Company turned one of their unused rooms into a tearoom. The idea was extremely popular. Tearooms gave a woman a proper place to gather outside the house without a male escort and keep her reputation intact.

All tea is made from the leaf of the plant Camellia sinensis.The specific types of tea are made by processing the tea leaves differently.

It has been said that iced tea was invented at the 1904 St. Louis World’s Fair by an Englishman named Richard Blechynden, where it was so hot, tea wasn’t selling. Richard had the idea of pouring it over ice and it was an instant success.

However, Richard wasn’t the first person to create iced tea. A recipe for iced tea can actually be found in Housekeeping in Old Virginia by Marion Cabell Tyree, published in 1877.

Apparently, tea bags were invented in 1908 in the United States by Thomas Sullivan. He created small silk bags to give samples of tea to his customers. Some of them thought that the bags were supposed to be put directly in the tea pot, like a metal infuser, rather than emptied out. Thus, the tea bag was created by accident!

Bubble tea began in Taiwain in the 1980s. It was originally made with black tea, tapioca pearls, condensed milk, and honey. It's not as new as it seems!

The most expensive tea in the world is grown in the mountains of Ya’An in the Sichuan province of China. Workers fertilize the tea bushes using the waste from local pandas whose bodies take in only a small amount of nutrients from the food they eat. The tea costs the equivalent of around $200 for a small cup.