People don't shape experiences. We're just there for the ride. 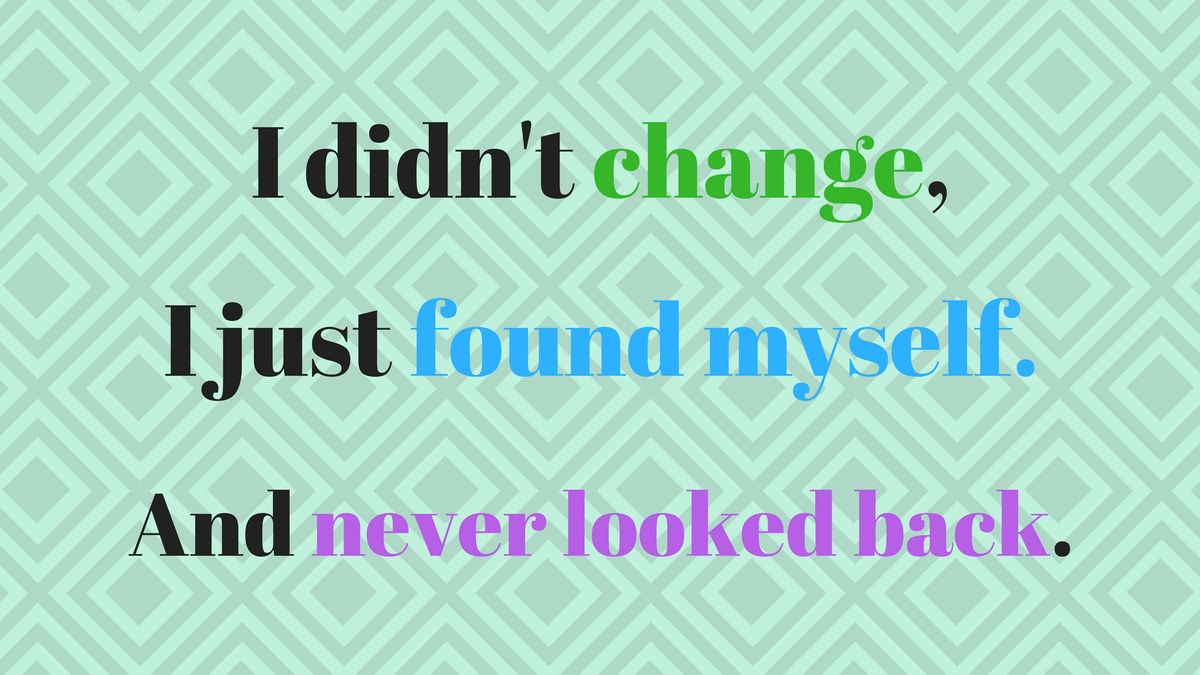 If you really want to know something about a person, a great pair of questions to ask are: How different was your life one year ago today? How about one month ago?

People can respond to this in two ways. They can answer it by replying with nothing. Their life is completely the same and nothing has changed in either instance.

If someone who didn’t know me were to ask me these questions, I know that I’d be in the second group.

My life was completely different. My friend group wasn’t completely different, but we had a different dynamic than we do now. I was completely in my head about too many things that I had no control over. I felt like I needed someone, a new someone, but didn’t know who it was or what I needed from them. My dynamic as a person was changing too. I was starting to figure out the new person I wanted to be and was trying to figure out how to get there and who was going to come along for the ride.

I wasn’t sure who would make the trek with me, but I knew that my family always had my back. I wasn’t sure what friends from home I still had around and would have my back, but the hardest thing was knowing who would have it from here, from my home away from home. From the place that I would be for the next three years. Like I said, our dynamic was changing, people were leaving and new people were coming into my life, and these were my best friends, but there’s always a sliver of doubt when something’s trying to change, even when it’s a person, even when it’s yourself.

But, through thick and thin we pulled through. We got even closer as a group and made it out with everyone watching out for each other. We lost a few along the way, but we’ve managed to grow stronger from it. I was still trying to figure out how to get to where I wanted to be, but I had managed to cross a long distance.

My life was completely different. I had just made a huge (amazing and incredible) decision. But I was worried it wouldn’t turn out well and had some of those slivers of doubt again. But, a little over a month ago, I found that person, that new person I felt I’d needed for over a year.

It wasn’t on purpose, neither of us knew that an amazing friendship was starting, but the entire time it was growing. We found each other and we found our similarities and we found us. And we found what direction we wanted to go.

That person helped me find myself and figure out who I am, just by being around. By asking questions. By caring about me as a person and by caring about my well-being. They helped by always being themselves around me and they helped by letting me be me without any shame. They let me be dumb and they showed me a happy that I hadn’t been in a while. A happy I hadn’t been in about a year and a half. They helped me talk out what I needed to and they let me figure myself out along the way. They cared in a way that family can’t, in a way that only a friend can, and only a special one at that.

Since then, I've been figuring out who I want to be, and finally finishing the path that I set out for myself one year ago. I've found that person I needed and I've finally started to see the path instead of just a murky road. I know where I want to head and I know who I want to come with me.

I’m forever thankful for finding this person and I honestly don’t know what direction I’d be headed without them here; but I don’t think it’d be the one either of us need.

Nicole Marie Nigro
Individual Creator
9598
c1.staticflickr.com
Where to start...... Let me start with the cliche that life throws us curveballs and what we do with it is what counts.