WHY I CHOSE COMMUNITY COLLEGE
Odyssey

WHY I CHOSE COMMUNITY COLLEGE 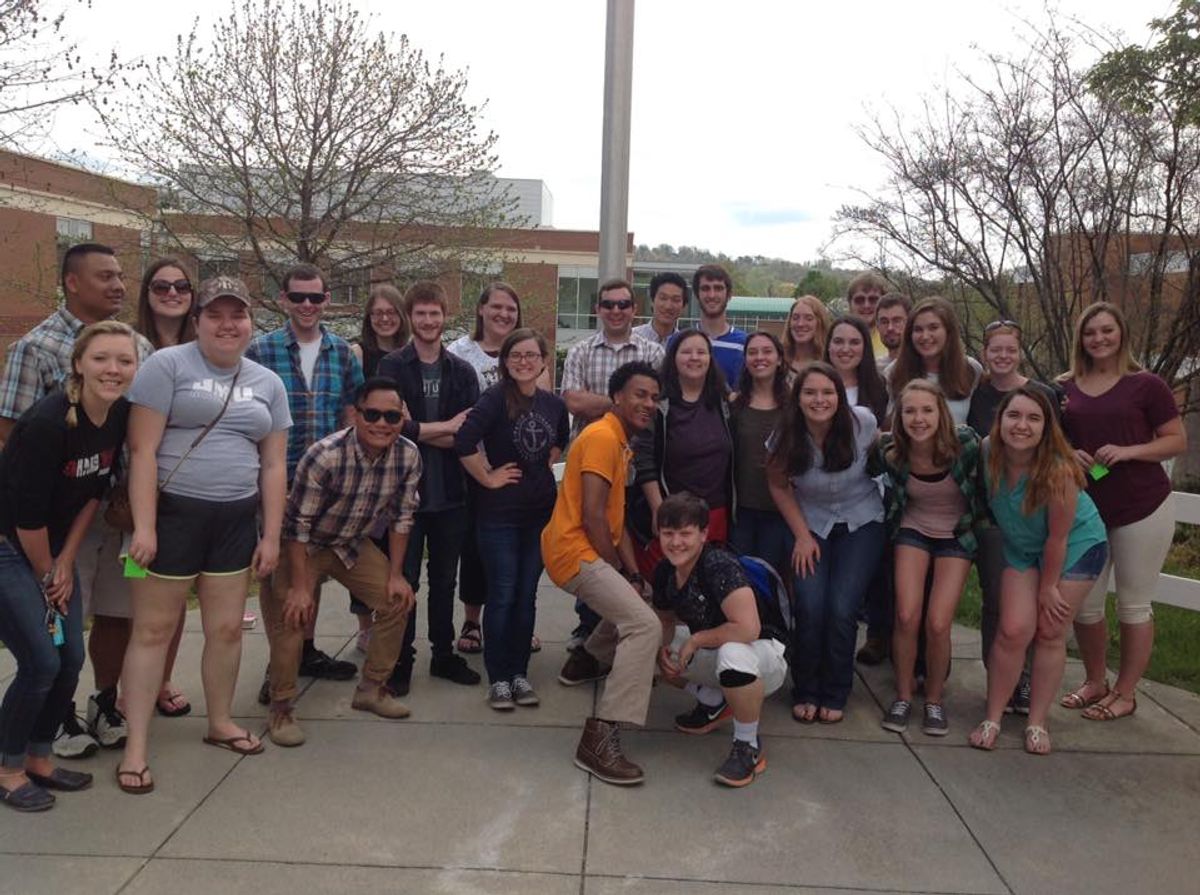 Community college is so much more than just a two-year institution. It's a life-changing opportunity that I would argue is even more trying and challenging than your typical 4-year. In fact, it's through community college that I have experienced some of the best memories and most heart-wrenching situations.

Though I began my college journey as a dual-enrolled student, I quickly learned that this would be no easy endeavor. Not only was I surrounded by other 17, 18, and 19 year olds, but also by working dads and struggling mothers, widowed individuals in their 60s and homeless students who had no place to sleep at night. This eclectic diversity in my classes gave me such a deep appreciation for life and for the incredible opportunity to learn along such an inspiring group of students.

At community college, I got to know people. Really know them. Shared conversations, shared lunches, shared tears. I talked to a girl who was heartbroken at the loss of her child, a guy who was homeless and couldn't focus during class because he was so hungry, a single mother trying desperately to make ends meet for her dear children, a refugee struggling to connect with people in the U.S. I met the bitter and the mean, I met the sweet and the strong. No matter what class I had (unless it was an uncomfortable 8 a.m. where no one talks as they grumpily drinks their coffee during class), I knew I'd have a friend. S/O to Rachel in Statistics, Aaron and Rebecca in American Government, Sarah and Megan in British Literature.These guys and so many others made going to class okay because I had someone who smiled when I walked in or agreed to be a study buddy for cramming seshs.

You're not alone at community college. Everyone around you is working toward their own goals, but for the most part, they're willing to talk to you, to hear your struggles, to pray for you. I realized something very important at community college. We're all people. We're all trying to make it from point A to point B. We're all rushing from one commitment to another; we're all trying to keep up. No matter our social status or how popular we were in highschool, we all face similar struggles (i.e. trying to pass Chemistry or pull that all-nighter to write an essay). And, it's beautiful. It's beautiful to see a 45-year old mom who felt totally out of her realm in college start to feel comfortable working with her 23-year old international student lab partner. It's beautiful to see the motivation and confidence that some students bring to the table slowly spread to others. It's beautiful.

Not only do your classmates propel you to greatness, but your professors are also willing to help you in any way you need. You're not just a number to them, you're a real living and breathing human. My Philosophy professor always took the time to talk to me after class even though he taught 3 classes back-to-back. My advisers never flinched when I asked for advice or if they'd be a reference for a scholarship application. Many of my professors have taught at 4-year schools in the past, but they feel as though they can make a bigger impact in student lives at community college. They are passionate about what they do; it's not for the paycheck, trust me. My U.S. Gov professor often says that his students are his greatest teachers. I'm humbled and thankful for the professors and mentors that community college has provided.

Let's not forget about the leadership and fellowship opportunities that community colleges present. My first full-time semester at college, I received an invitation to join Phi Theta Kappa, the International Honor Society. Since I knew the president of my campus chapter, I thought, hey, why not join? Now, 2 years later, I've had the pleasure of serving as Chapter President and Regional President, gotten to travel all across VA and a good portion of the Eastern States, grown as a leader in ways I didn't know were possible, and met some amazing fellow leaders along the way including my incredible boyfriend. Being a part of PTK has opened so many doors and shown me that nothing is impossible.

However, the greatest accomplishment of my time at community college was co-founding a Bible study club. Keeping the focus on Christ during college is tricky, and sometimes being on a secular campus, it felt like I was the only Christian within a 100-mile radius. #TheStruggle. But, I knew some friends who were also Christians, and we agreed to start meeting each week for a Bible study. That group quickly grew by God's grace from 5 people to well over 30. We gather together to share each other's burdens, to refocus on Christ, to grow in our relationships with the Lord, to read His Word, and to praise and to glorify the One who deserves our praises. It's changed my life. God is so good, and I've seen Him at work in the hearts of my fellow students and in my own heart.

So, is community college for everyone? I'm inclined to say yes. There's a place for you. You may have to hustle, but keep your head up and allow those around you to hustle alongside you. It will change your life if you let it...It changed mine.

Glorie Martinez
5600
Why I Write On Odyssey