The History And Locations For Some Of The Best Carnival Celebrations 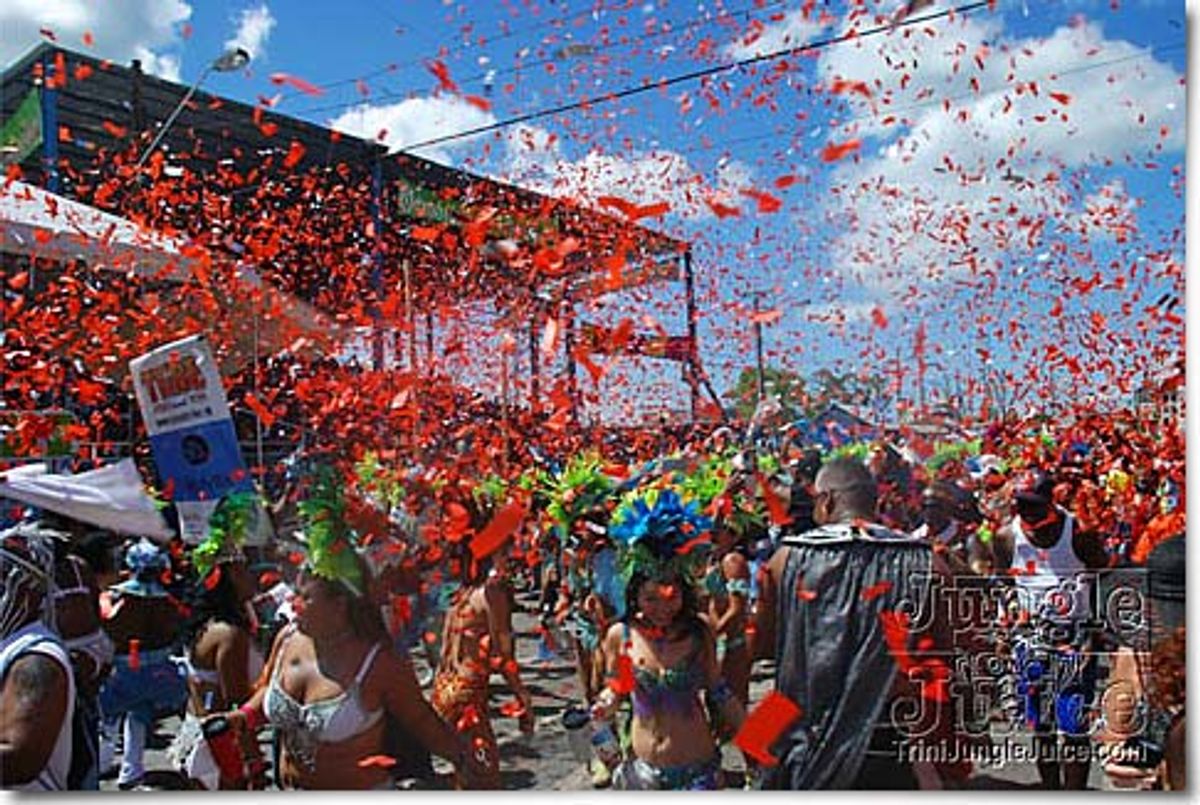 Carnival is one of the most anticipated times of the year in the Caribbean islands, as well as different parts of North America, South America and Europe. Just imagine, jumping, chipping, and whinning half naked in the streets from sun up to sun down; seeing masses of people from all over the world covered in paint and powder without a care in the world; drinking rum, punchin, carib's and eating all types of Caribbean cuisines; watching the beautiful colorful costumes covered in sequins and feathers, the huge floats, and "big trucks" with oversized speakers blasting soca, reggae, dancehall, and calypso. Carnival is definitely an experience that is worth your while. You could literally feel the energy and good spirits in the air! Carnival, pronounced 'cahneeval', is definitely a time to let loose, celebrate life and experience something different with family and friends.

How Carnival Came About

Hundreds and hundreds of years ago, the followers of the Catholic religion in Italy started the tradition of holding a wild costume festival right before the first day of Lent. As many of us know, Catholics do not eat meat during Lent, thus they called their festival, cahneeval — which means “farewell to flesh or meat.” As time passed, carnivals in Italy became famous, in fact the practice spread to France, Spain, and all the Catholic countries in Europe. Eventually, as the French, Spanish, and Portuguese began to take control of the Americas and other parts of the world, they brought with them their tradition of celebrating carnival.

The dynamic economic and political history of the Caribbean are indeed part of the ingredients of festival found today throughout the African and Caribbean Diaspora. Once Columbus had steered his boat through the Caribbean waters, it was only a few hundred years before slave trading was established. By the early 19th century, some six million slaves had been brought to the Caribbean and between 1836 and 1917, indentured workers from Europe, west and central Africa, southern China, and India were brought to the Caribbean as laborers.

Something that is very Important to Caribbean festival arts, are the ancient African traditions of parading and moving in circles through villages in costumes and masks. Back then, circling villages was believed to bring good fortune, heal problems and calm angry relatives who passed into the next world. Carnival traditions also borrow from the African tradition of putting together natural objects (bones, grasses, beads, shells, fabric) to create a mask, or costume — with each object or combination of objects representing a certain idea or spiritual force. Feathers were also frequently used by Africans on masks and headdresses as a symbol of our ability as humans to rise above problems, pains, heartbreaks, illness — to travel to another world to be reborn and to grow spiritually. Today, feathers are used in a variety of forms in creating carnival costumes. Also, large puppets, stick fighters, and stilt dancers began to make their appearances into carnival festivities.

African dance and music traditions also transformed the early carnival celebrations in the Americas. African drum rhythms influenced the creation of music genres such as soca and calypso. Soca and calypso are key to celebrating cahneeval, as the rhythms and tempos within those genres are fast paced and sure to get you dancing and whining those hips!

Where Is Carnival Celebrated?

In many parts of the world, where Catholic Europeans set up colonies and entered into the slave trade, carnival was developed. Brazil is very famous for its carnival and is one of the biggest in the South American region. Carnival is also celebrated in: Barbados, Jamaica, Grenada, Dominica, Haiti, Cuba, St. Thomas, St. Marten; in Central and South America in Belize, Panama, Brazil; in parts of Europe in England, Switzerland, Germany and in large cities in North America where Caribbean people have settled, including Brooklyn, Miami, Atlanta, Houston, Washington D.C., Baltimore, Hollywood and Toronto.

However, one of the biggest, most famous carnivals is held on the island of Trinidad & Tobago (and I'm not just saying that because I'm half Trinidadian). Cahneeval is like no other, its literally a week worth of partying and getting on wild and wotles! Each year hundreds of thousands of people gather on the small islands to celebrate 2 days of carnival and plenty of pre-carnival festivities such as J'ouvert which is the early morning celebration of carnival, before the actual carnival.

All in all, no matter where or when it is celebrated, Carnival is a season that everyone should experience at least once in their lives! It's such a freeing experience and one that all of our ancestors created for our enjoyment. I definitely encourage and recommend that if you live in any of these bigger cities in the U.S. or are fortunate to travel out of the country, please experience what Carnival has to offer! Plan a trip with friends, try to go for spring break or for a graduation trip. Whatever the case is, Carnival is something that will change your life and will probably be one of the most amazing experiences of your life. I mean, its no wonder it is celebrated all over the world and attracts anywhere from thousands to hundreds of thousands of people, just for one grand celebration of life!

If you haven't been sold yet, check out these websites to get a little more insight on what Carnival has to offer: