My Horse, My Companion, My Best Friend
Odyssey

My Horse, My Companion, My Best Friend 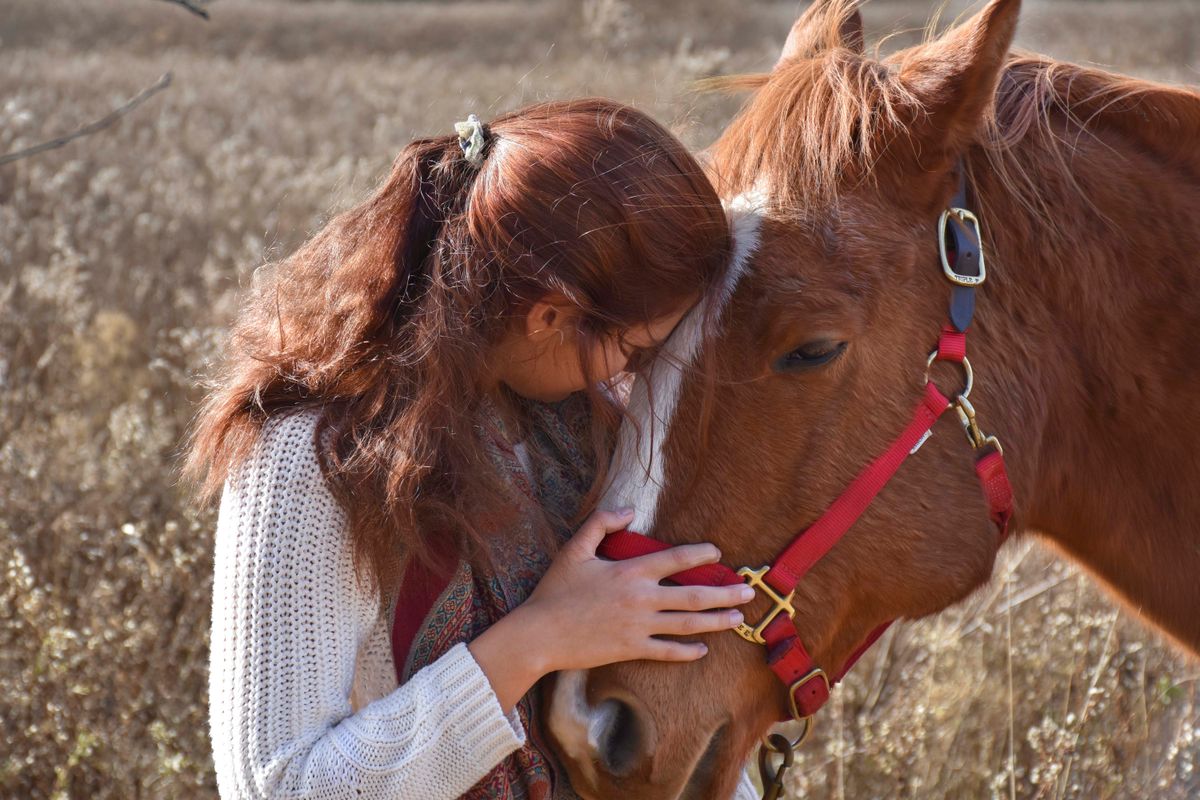 He's of the colour of the nutmeg. And of the heat of the ginger.... he is pure air and fire; and the dull elements of earth and water never appear in him, but only in patient stillness while his rider mounts him; he is indeed a horse, and all other jades you may call beasts.
--William Shakespeare, Henry V

I don't remember the first time I saw that glittering chestnut colt--my mother bought him, an off-the-track Thoroughbred that failed as a racehorse--before I was born, and I was unbelievably lucky to grow up with a small "herd" of horses in my backyard. This one, though, was special--at least to me. The others came and went, bought and sold as time went on, but for some reason, the wily chestnut was a constant in my life, and I wouldn't have it any other way. They say that a dog is man's best friend, and I can say that my life has been filled with the love of some great dogs, but in the end, it's a horse that's a girl's best friend.

This horse is something else--he's twenty-five years old now, which is quite a ripe old age, but he seems to have a long time left. His wild youth has left him for the antics of a crotchety old man, but in the end he's still all spirit. My mother bought him when he was barely two, bred for the racetrack but never grew to the size his owners wanted him to be. His name, Chainsaw (although I affectionately call him Pops), plays into the enigma that is this horse--he's aggressive and crazy and has got more than a little bit of personality, and I love him for every bit of it. It wasn't long after my mother bought him, however, that she quit riding, and so the horse for many years adorned our pasture without a saddle ever being thrown over his shoulders. At the age of about 12, I got it into my thick skull that I wanted to ride a "racehorse," likely after watching that year's edition of the Kentucky Derby (maybe the year that the fateful Barbaro won it). I climbed onto that horse's back, and truth be told, it was not some magic moment in which the little girl sits on the crazy horse and he's instantly the perfect animal--he spent a great deal of time over the next few months trying to get me off of his back, and succeeded more than I'd like to admit. I was determined though, and I eventually found that the best way to learn to ride a horse is to get on one that really doesn't want you to, because you sure learn how to stay on--the ground hurts!

Like I said, there was no instant magic, but rather a hard-earned reward that was so much better than any feel-good horse movie could have come up with. Nobody ever wanted to ride this horse--he was fiery and more than a little crazy, and in the end I think my mother kept him partially for fear of what would happen to him if he were sold, and partially just because he was nice to look at with his gleaming red coat and white blaze across his face. He certainly was a majestic animal in his youth; as he's gotten older, he's turned into a grumpy old man, but still has the spirit of a three year old. Over the months and years we worked together, I began to feel more and more attuned to everything about this horse--I knew what he would do before he'd do it--when he would kick up his heels, or refuse to move, or spin in the opposite direction that I wanted. I suppose he wasn't as thrilled as I was, because his tricks were no longer working on me, but I was, because I knew my horse, and that was a beautiful thing.

Perhaps I make it sound like I took this wild horse and made him tame, but he was never tamed, he just learned to work with me in the saddle. He's never been the same horse under anyone else. The more important thing is this though--when a young girl spends the hours it takes to get to know a horse, that horse becomes so much more. This chestnut gelding listened to my hopes and fears on the trail rides that we would take, he taught me confidence the first time I pointed his nose at a jump, and he always made sure I knew how he felt about some boy or another I brought to meet him. I cried many tears into his mane, and he would take his great head and wrap it around my torso and hold me until things began to feel better again. He nipped at me, and then would throw his head in the air, seemingly laughing at the prank he'd managed to play, and if ever I fell off, he would stand over me and poke me with his nose, as if to say, "hey, what are you doing down there? You're supposed to stay on. Hope you're alright."

I went away to college, and as most of us know too well, we cannot take our pets with us. There was a tearful goodbye and I don't think he quite understood what was happening, but I felt like it was the end of an era. No more passing the time with a quiet trail ride--after all, the best thinking is always done from the saddle--and no more relishing the gentle quiet of a horse, just breathing and listening to you as you speak. I miss that every day, even as I've adjusted to the city. I'll always take the lessons that horse taught me along with me though life, though.

When you fall, get back up.
Your best friend can also be your harshest critic, and that's a good thing--that's how you learn.
Trust your instinct--it's probably right in the end.
Sometimes, it's good to take a moment and just be quiet.
When you get frustrated, pause and try again tomorrow. Things will look brighter through a new lens.
When life gets rough, hang on and don't let go. Make it know you're not going to let it push you around.

There's more than that too, but those are the big ones. A quirky off-the-track Thoroughbred that failed as a racehorse taught me everything I need to know about life.

Thanks, Pops, for everything.