EVERY STORM HAS A RAINBOW

EVERY STORM HAS A RAINBOW

DO NOT GIVE UP OR YOU WILL NEVER GET TO SEE THE RAINBOW. 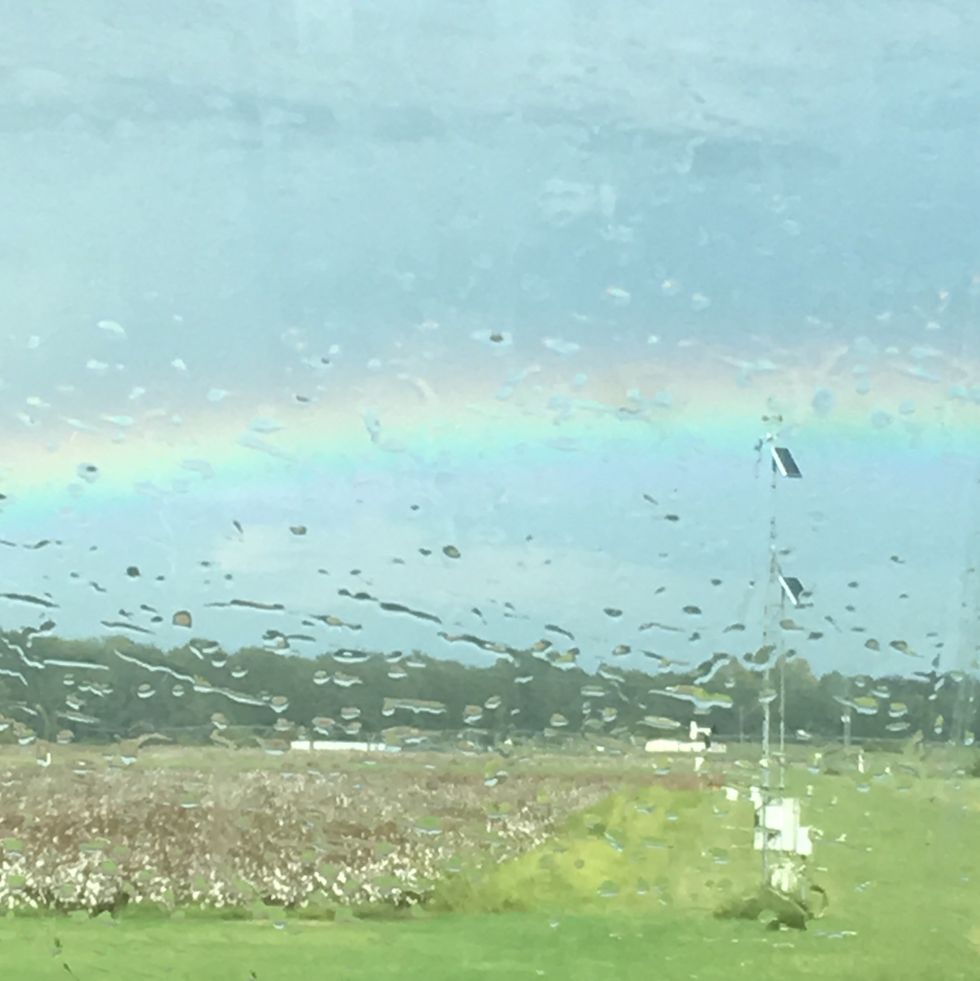 Depression is ruthless and it does not discriminate.

I was about to start my freshman year of college and I was looking forward to a new experience. I grew up in a strict Christian home, and for the first time in my life, I wanted to do my own thing. I still believed in God but I no longer wanted to live for him. I was ready to just let loose and have fun. At the time I did not think that living a life for God would ever make me happy.

I spent my freshman year partying hard and I thought I was living the good life. I knew that if I lived for God that I would not be able to party like this. I just knew that would not make me happy and I wanted to do what made me feel good at the moment. All my friends were going out and we were all having a good time, and I did not want to give this lifestyle up.

It was not long before I completely hit rock bottom and it all happened at once. I saw some pretty sketchy things and I was always putting myself in bad situations. I had to leave behind a lot of friendships and I was lonely because the friends I had were only there for a good time. The friendships I had were not genuine and my so-called friends did not even know who I was they just wanted to have a good time.

I will never forget telling my parents that I was broken and I did not know what I was going to do. I was ready to give up on life because I thought I no longer had a reason to be alive. It was hard for me to be open about this to my parents. I was scared that they would not look at me the same. I did not want to cause my parents' any more pain than I already had.

My parents were so understanding and even though it was hard to talk about I might not be here if it were not for them. I learned that it is nothing to be ashamed of. I was not weak because I struggled with depression. In fact, it takes a lot of strength to come out and say that you struggle with depression.

I was going to overcome my depression and I was determined. This was not something that would happen overnight, and it was not something I could do alone. I knew at this moment that I needed God and I could no longer live this old lifestyle. I almost lost everything from the lifestyle I was living.

Sometimes I forget just how far I have come, and some days I am disappointed in myself. It is so easy to forget where I once was, and it is even easier to compare myself to others. When I look back on my past I laugh because I almost threw everything away for nothing.

If I was not sitting here writing this today there would be so much that I would have missed out on. I wish I could say that life gets easier and it all goes away, but if I told you that it gets easier that would be a lie. I would say my life has made a turn for the better. Sure, I still have bad days but if it were not for the bad days I would not enjoy the good days nearly as much.

One thing that I have learned from this journey is that you should always speak up. I know that you might tell yourself that no one cares or that you do not want to seem weak. I was this person I thought that no one would care about my depression. This is a lie so many people even strangers have cared and listened to me. I thought that being open about my depression would make me feel weak, but it has made me feel so much stronger than I could have ever imagined.

I hope that if you are struggling mentally that you go get help. I know that it seems scary to talk about mental health, but I promise you feel so much better once you get help. At one time I was that girl who had no where else to go, and I was ready to throw everything I had away. I made a scary choice to get help and my life took a completely different turn for the best.

Take all your insecurities, doubts, fears, and all your other burdens and lay them down. I gave this all to God and he worked through my life in mysterious ways. He never failed me and he never abandoned me. Even when I lost all my friends and pushed away all my family. The one thing that remained true was that God never left my side.

There are no words that could ever fully capture the true picture of depression. The best way to describe it is like a storm. Sometimes in life, we may face storms that break us down. After every storm comes a rainbow and gives you a chance to build yourself back up. Just because the storm is over does not mean that there will not ever be another storm. Without the storm, you would never be able to see the rainbow.