Did they maybe go just a little too far with this? 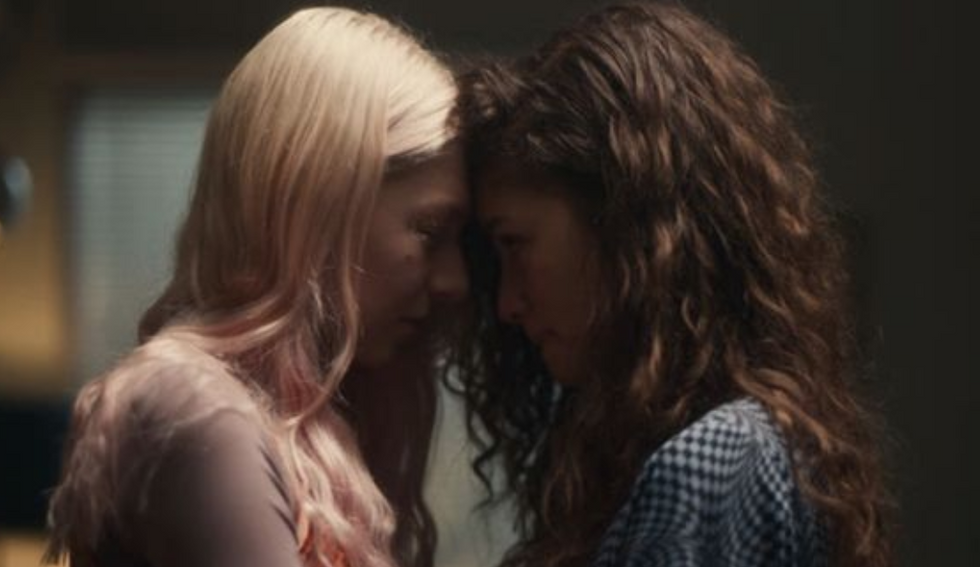 Larry Stylinson, the ship name for One Direction members Louis Tomlinson and Harry Styles, was thrust back into the spotlight when HBO's 'Euphoria's' third episode dived into the world of Fanfiction. Correction, they didn't just dive into fanfiction, they animated it.

'Euphoria,' which is already known to push the boundaries, has fans going nuts about their decision to not only use Larry Stylinson as the ship but to actually read an explicit scene and animate it. There seems to generally be a split down the middle in feelings towards this. Both Buzzfeed and Polygon talk about this division.

I myself am a Larrie, someone who ships Larry Stylinson. I even write fanfiction about them. Many people have decided that if you write fanfiction, you're not allowed to be upset with 'Euphoria,' otherwise, you'd be a hypocrite.

But I don't believe that to be true.

Those who write fanfiction know that there's sort of an unspoken line that you don't cross. 'Euphoria' is dancing right on that line.

Shipping people together, whether it be real people or fictional, is pretty mainstream at this point. Fanfiction is kind of in the same boat as well, it's just sort of there.

However, fanfiction is its own little community. The people there know it's fake, know it's just stories, and it's almost its own separate world. Taking this world that understands it and putting it into a show where some people watching may not understand it gives the wrong idea.

Suddenly, it's stated as facts and everyone is just seeing this story telling them that Louis and Harry hooked up.

I understand that the show is on the edgy side, despite not watching it myself, and I get the idea of wanting to use Larry Stylinson, as you know it would have a big reaction. I can see how this fit into the story and why they made it a part of it. Though I believe they could've just as easily gone with a fictional ship and gotten almost the same reaction.

The hardest part for me is that Harry and Louis are real people with real feelings, and they weren't even notified or asked. Louis responding to a fan saying, "I can categorically say that I was not contacted nor did I approve it."

It's all just a tad frustrating to me that they chose to use Larry Stylinson. I understand how big it is and that it has been blown out of proportion before, but since One Direction's hiatus in 2016, it has kind of been on a back burner. Now, suddenly, it has been brought to a boil again and we're just trying to turn the temperature down.

'Euphoria' certainly got what they were most likely looking for... views. For a while, it was all anyone could talk about and everyone wanted to see it for themselves. (I'm even guilty of that.) I heard what they did, and all I could think about was that I had to watch it to see what was going on.

I just wish they hadn't brought all this drama back up and left Larry Stylinson out of it.